Cursed Captains of Cthulhu is a roleplaying game about swashbuckling action and eldritch horror, occult organisations, and striving for freedom for all under wind and sail. You take on the role of a pirate of the brethren court, fighting for liberty, profit, and to save the world from world-ending threats of cosmic elder gods, their cultists, and things from beyond the stars. The game uses an easy-to-understand set of rules that lets you jump right into the action but still gives you the tools to build unique archetypes and characters your own way.

Check out the Kickstarter here!

From the developers behind RPGs including The Spy Game, Fallout, Star Trek Adventures, and Dune. The writing team has decades of experience and includes: Sam Webb, the head of RPG development at Modiphius Entertainment and designer for the Fallout RPG and The Spy Game; James Barry, writer for The Spy Game and developer for Dropzone Commander, Fallout: Wasteland Warfare, Kung Fu Panda, and more.
Added to the writing team are Kienna Shaw (Candlekeep Mysteries, Sea of Legends), Donathin Frye (Fallout, Achtung! Cthulhu), and Jessica Ross (Van Richten's Guide to Ravenloft, Uncaged Volume I).

Choose your Starting Profession. Choose from eight character beginnings, then build and level up with over 150 skills and traits to create utterly unique characters.
Sail your Ship to Glory. Hire your crew of miscreants, ne'er-do-wells, and seadogs, and take to the Caribbean sea to fight for freedom, plunder, and against the insidious mythos forces at play.
Explore a Parallel Golden Age of Piracy and the Lovecraft Mythos. Explore a Parallel Golden Age of Piracy and the Lovecraft Mythos. Fight with - or against! - famous pirates, explore the pirate republic, and delve into the unknown depths with all their dangers and untold knowledge. But should it even be uncovered, or will that knowledge drive you to the edge of your courage and into the abyss?
Powered by a brand new 4d6 system. Core rules that are easy to learn and get you right into the action.
New Digest Guide System. Quick summaries of the rules for experienced RPG players in new, easy to reference digest form.

Check out the Quickstart rules here!

Our Kickstarter is live NOW and runs until 30th July!
All hands on deck, anchors aweigh! Time to set sail for adventure! 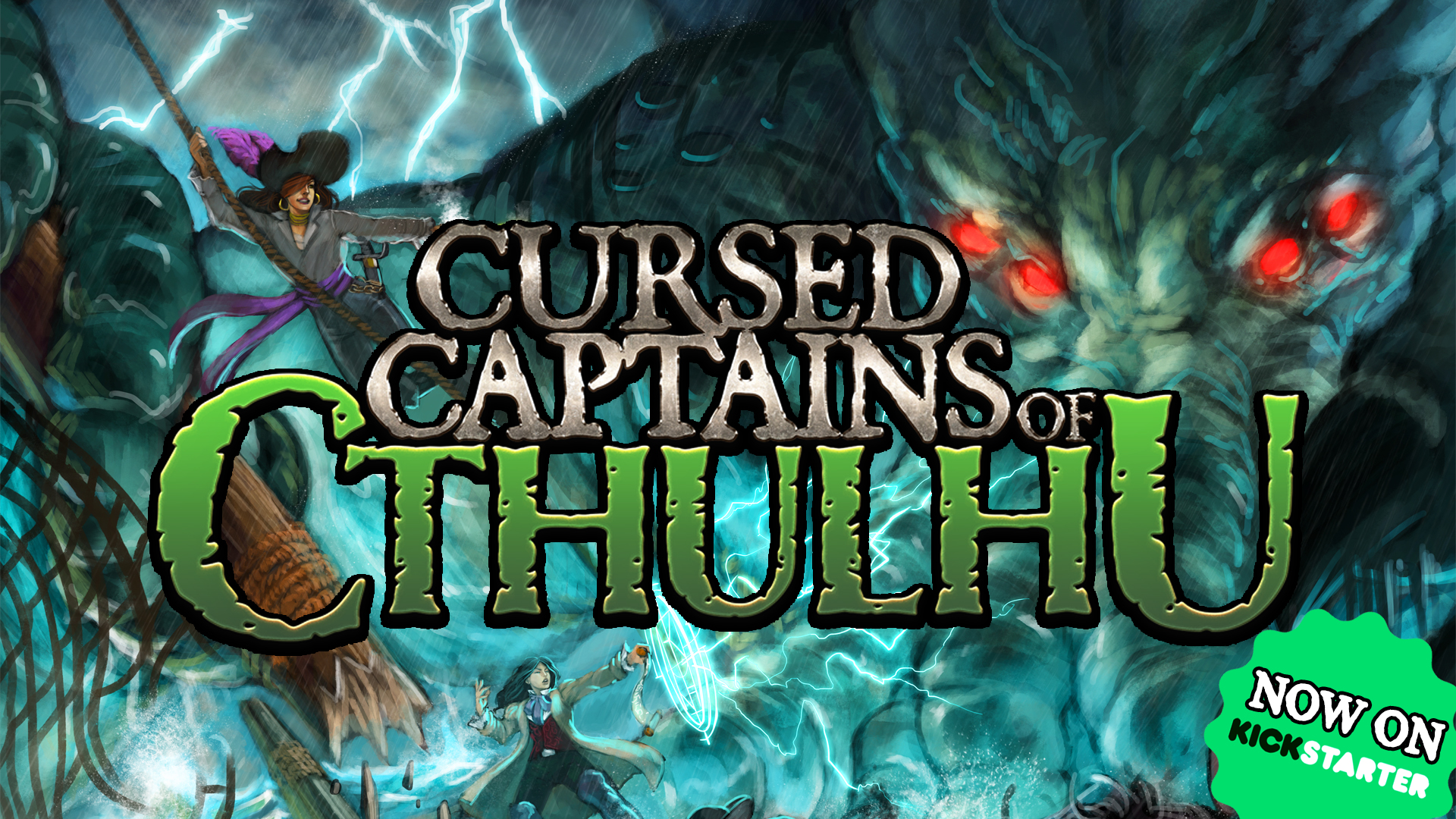 Celebrating the 4th at sea; funding close on the horizon!​

American or not, pirates are all about freedoms and celebration, so we raise a tankard in celebration for all We've got family with root beer and hotdogs, and we hope everyone has a happy, safe, and enjoyable holiday!

We're at 200+ backers which is wonderful - thanks as ever for the continued mentions on socials and the support from everyone. We have emails and more shout outs from news sites and DrivethruRPG coming in the week, and QandAs on the rules, one shots and real-plays planned as well. We're close to 12k and pushing closer and closer to our funding mark. We've also got only 2 collectors editions left, with the pdf mission unlocked as an add on if we can reveal the entire map of the Brethren court...

DriveThruRPG Free PDF of the Rules​

The rules are still available free from DrivethruRPG, with the second part coming very soon. Please do leave a review as well as that all helps show others who would be interested in the game and get us even further on our journey!

Huge thanks as ever,

90% of the way there, and free voyage 'The Devil in the Details' artwork

We're 90% there!
Thanks to all our backers we're 90% of the way there with 250 backers. This is soooo close to our goal and being able to bring the game to life for everyone. We've been discussing costs with suppliers throughout the kickstarter and may even be able to shift some stretch goals earlier as well, but more one that soon once we have final prices - and hopefully get to our funding goal first

Quick Start Part 2 coming soon.
The Second part of our quick start, including supplimentary rules and the voyage 'The Devil in the Details' is in final drafting now and will be in layout soon, coming free as part of the quickstart. We've also got first draft sketchs of some of the artwork for the voyage including this gent... 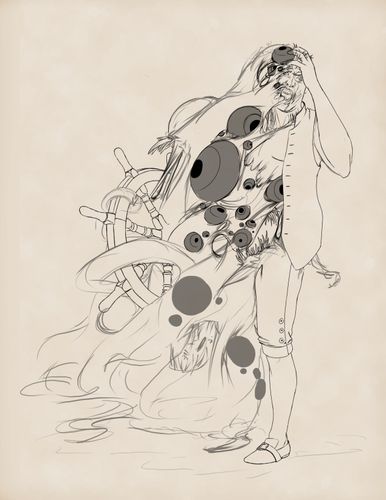 So we hope all crews have kept their powder dry and their cutlasses sharp, because you're going to need everything you've got to come up against this cursed captain...

As ever, please do keep tweeting, sharing the campaign, and telling friends you've backed; we can literally see the effect it has on the campaign and boosting pledges towards our funding goal and it's all helping us get there.

Thanks as ever for all the support,
BCG

We've Funded! Thank you so much, and more goodies to come...
​

We Funded, Thanks to You!​

Thanks to all your support and pledges we've funded! We're very very pleased that we can now bring Cursed Captains of Cthulhu to your tabletops, and can't wait to share it with you We've been working on this project for almost two years now - as those who may have seen the easter eggs in our other TTRPG The Spy Game will have seen - and we're really excited to get working on the beta and then final book, start commissioning more artwork and briefing our writers to bring the game to life.

We haven't been idle while the campaign has been going on, and after looking at different suppliers we're now really happy to let backers know that we can reduce the stretch goal levels, and add even more into higher-level pledges! The new levels for each stretch goal are below, as well as our newly revealed stretch goal - ambient soundscapes and audio tracks from Tabletop Audio!

£16K - Double the number of classes

£18.5k - A Voyage booklet from Kienna Shaw! This will be included free both as a pdf and physical, A5 softcover book in Admiral pledges and above, and be available to add on for all other pledges.

£20k - Ribbon for the book, for both the standard and limited editions

£22k - 5 Tabletop audio ambient tracks - These will also be free for Admiral pledges and up, and be available to add on for all other pledges.

With our funding goal reached we are also unlocking the Sunken Island of the Brethren Court voyage in pdf, so backers will now be able to get this one-shot mission as an add-on to their pledge - Admiral and higher levels will get this for free. 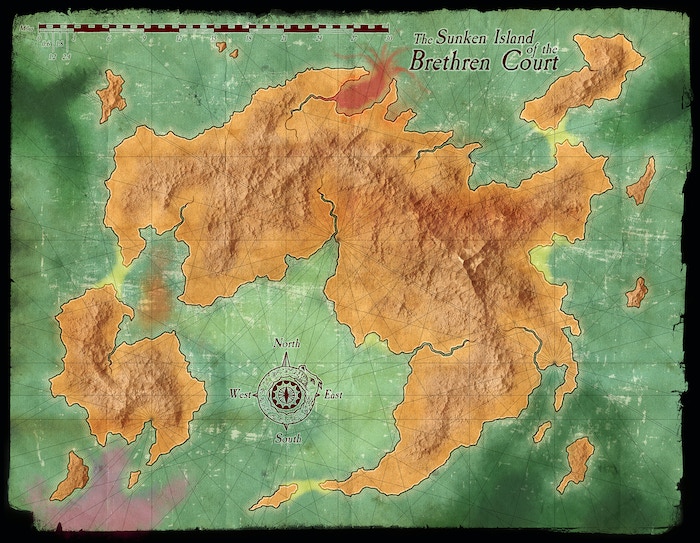 We also have only one Collectors Edition and place on the live stream game left, so grab it before it's gone!

Again, we're incredibly thankful to everyone who's backed, and as the campaign goes on we hope to unlock even more cool stretch goals for everyone to enjoy.

We're into the last week!
We're in the last week of the campaign and this is usually where things heat up again - and we're adding fuel to the fire by upgrading the Quickstart! We've increased the number of pre-gen characters by four thanks to hitting our first stretch goal, and we've published the quick start voyage as well, so players now have a structured starter to get into the idea of the game, the world, the concepts, and fighting some mythos horrors.

If you've already downloaded the quickstart from DrivethruRPG you can check your file for the update, and if not you can download it here - as ever, it's free so enjoy! It also includes rules for alcohol and resting, so worth taking a look, as well as some very cool art: 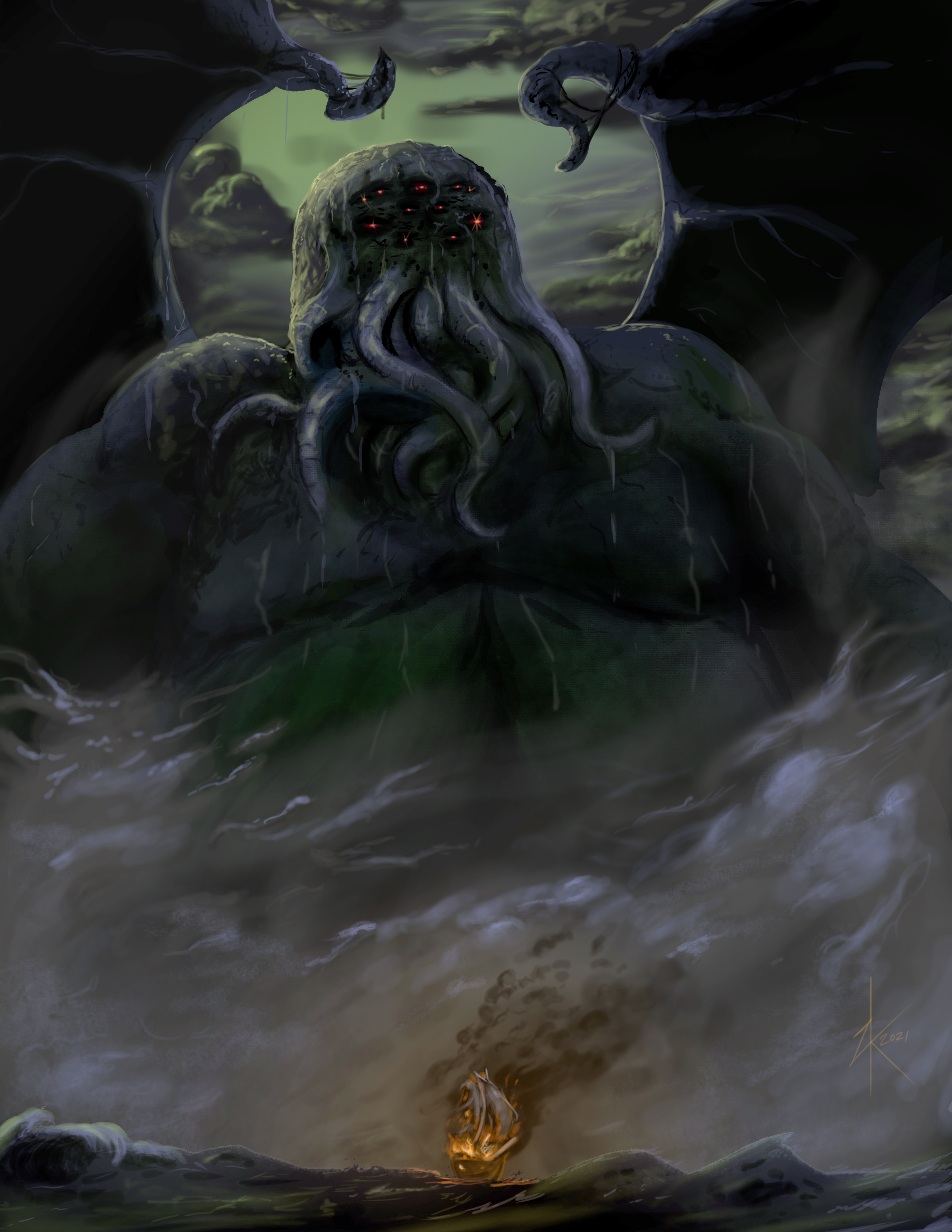 New Voyage Booklet in Sight
As well as the quickstart voyage we're very close to unlocking our next stretch goal - a voyage booklet by Kienna Shaw! This comes free with Admiral and higher pledges, and will be an add-on in PDF and physical copy for all backer levels as well, so call out from the top'mast about it on your socials to get us there! We also have more stretch goals in sight if we manage this, with ribbons for book reference and ambient, haunting, and awesome soundscapes very close as well.

More Actual Plays
We've posted our one-shot (with possible parts 2 and 3 for that group coming soon!) but tonight at 7pm GMT/2pm EST and then on VoD we have a new group starting a campaign with our own Virginia Page (Tabletophoard) GMing - check it out over on our twitch channel!

We'll also have even more to come soon, and we're already planning for the pledge manager and getting the beta rules out to backers on our list as we sail into the last week and push for as many cool stretch goals as we can unlock for everyone.


Huge thanks as ever,

We've now hit the voyage booklet stretch goal - thanks to everyone! This comes from one of our writers, the talented and swashbuckling Kienna Shaw, veteran of a whole range of RPG writing and font of ideas both adventurous and uncanny.

The Voyage booklet comes free in both physical and PDF versions with Admiral pledges and above, and can be added in either or both options to other pledge levels.

We also hit the ribbon bookmarks stretch goal! Both the core and special editions will now have place-holding ribbons for easy referencing and speedy play.

The next goal is exclusive soundscapes made by Tabletop Audio, to help bring some piratical and eldritch atmosphere to your games!

The second installment of our actual play is live tomorrow night over on our twitch channel, and we had great fun with our campaign last night - also available to watch on VoD on twitch at the moment, and coming to YouTube soon. Check both out for fun, eldritch horror, and possibly loquacious fish...

More and more to come as we head into the last few days,