The wizard Kavorquian is dead. But certain items belonging to his adopted son were in the wizard's keeping at the time of his demise. Now someone must venture into the silent vaults of Karvorquian's stronghold and recover the missing property. "Queen's Harvest" picks up its story where B11: "King's Festival," left off. It can be played as a sequel to that adventure or as a complete adventure in itself.
It is tailored for beginning Dungeon Masters and players and contains helpful hints on adventuring and the land of Karameikos. The story develops simply, but ultimately leads the player characters into the nether reaches of Penhaligon's politics to confront Ilyana Penhaligon, mad pretender to the throne! 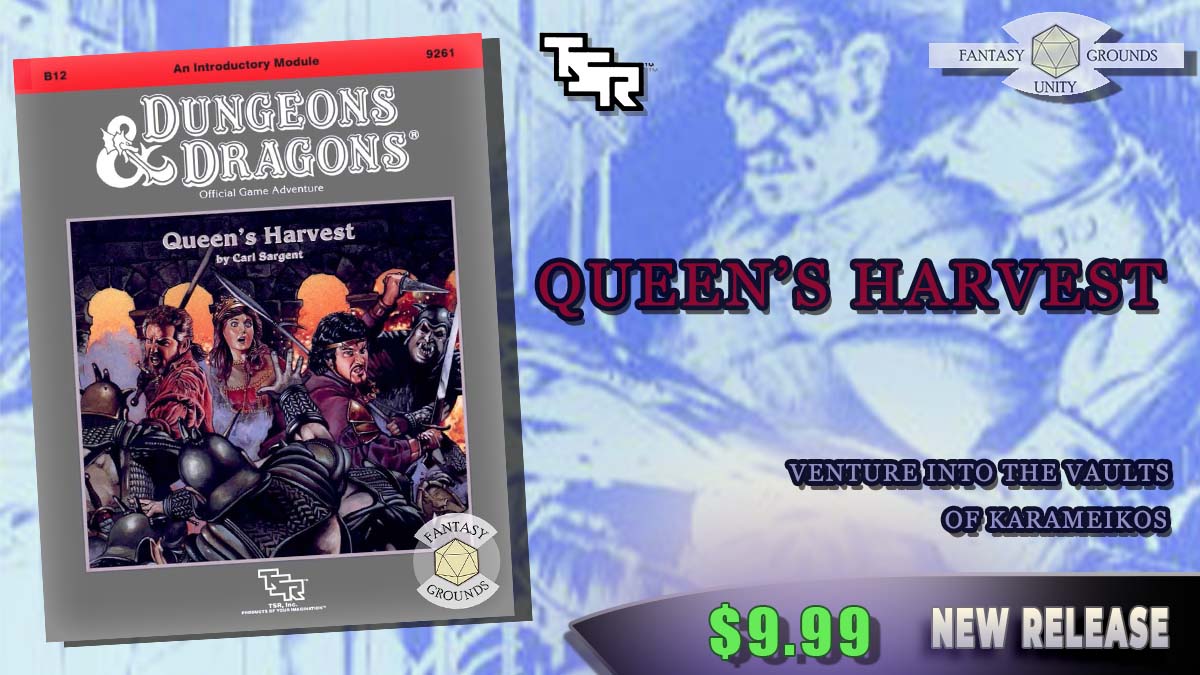