Deep within the bowels of the Earth, there lives a fell race, the drow, who conspire and plot to enslave and destroy the surface realms. The webs they spin are many, and the tendrils of their power can be felt from the Crystalmist Mountains to the Pomarj. Yet as deadly as these creatures are, they are pale shadows compared to the grim power they worship.

The Queen of Spiders!

The story of the Queen of the Spiders is one of the plots within plots, wheels within wheels. Each level of the conspiracy has its own masters (or mistresses) and hidden reasons for its actions. All the parties involved wield their own dread powers and are forces to be reckoned with. It is recommended that at the start of the adventure no characters be of less than 8th level, with the loth level the norm as the characters leave the surface world and journey into the sunless realms of the depths beneath the earth. Characters of less than the 8th level will quickly find themselves overwhelmed by the creatures they must face, and it is recommended that those of much lower levels begin to play with Temple Of Elemental Evil or Scourge of the Slave Lords, which provide the groundwork for this adventure. Just as characters of too low a level will have difficulty dealing with the encounters within, those of supremely high level (18 + at the start of the adventure) will undoubtedly find the challenges within unsatisfying, and surely one such as Lolth would not wish to let into her web any opponent she feels could give her a fair fight! Such characters are best left running their own baronies and kingdoms, provided what support they may for lesser adventurers. 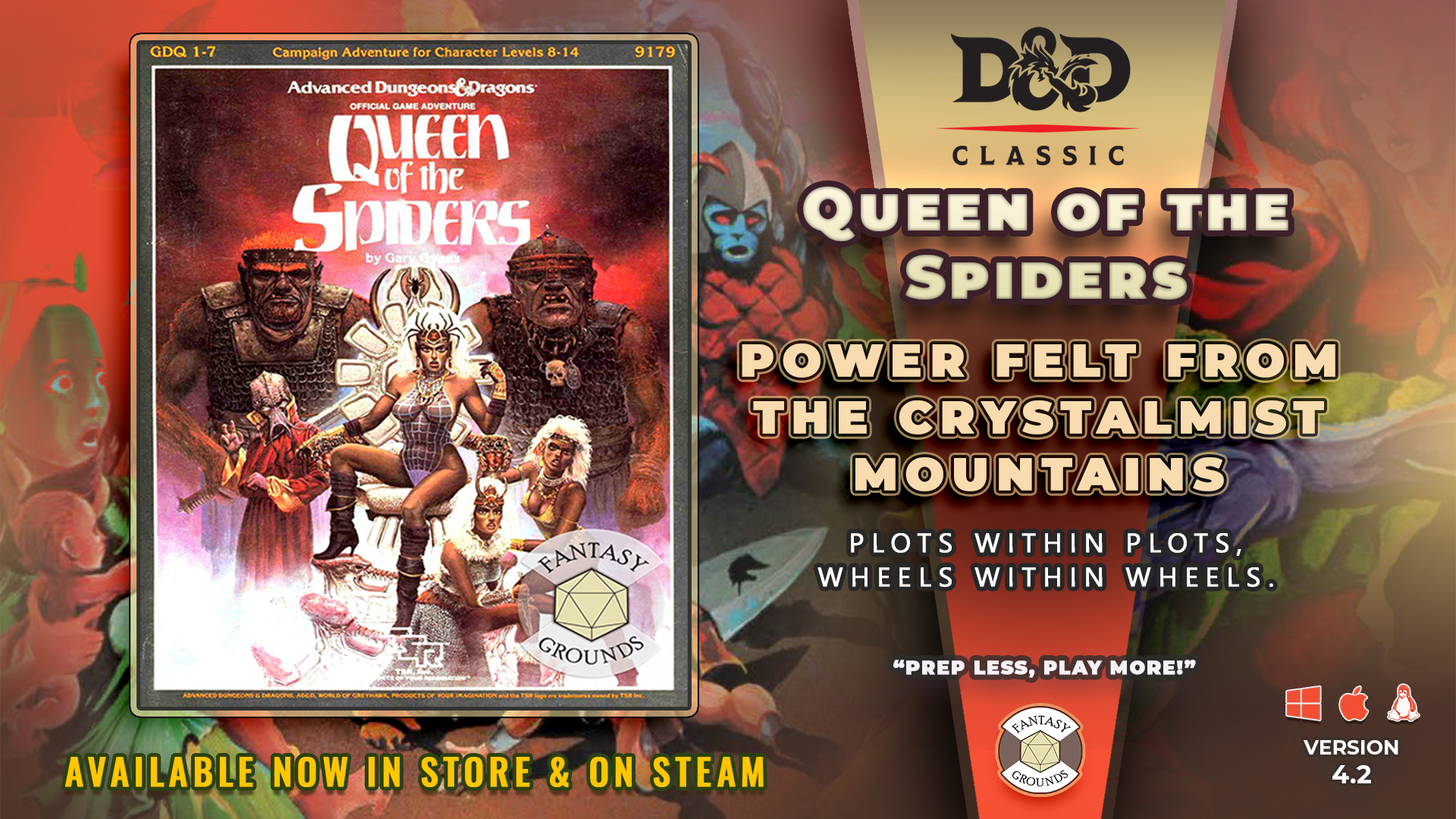