We're close to launching our Kickstarter campaign for the printed version of Defiant RPG! 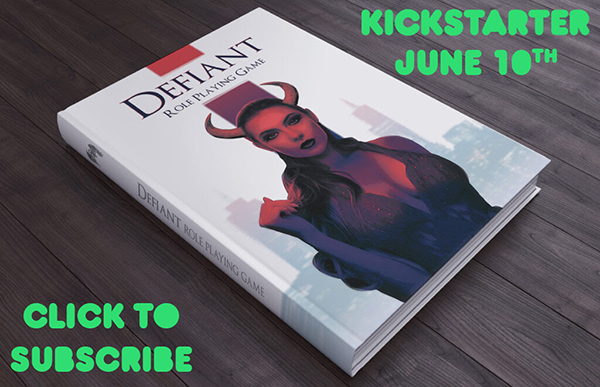 Game rules highlights:
If you want to know more about Defiant, download a free quickstart!