The planet of Brufort has always managed to remain under the radar of Charted Space at large. The mining companies support their workers as they bring up bountiful hauls of precious Zuchai crystals and, despite the presence of dangerous fauna, the people were happy. That happiness would not last.

A missing ship brings the Travellers to this backwater. What seems like a simple recovery mission puts them at odds with an outside force that has taken over the planet. Will they be able to help the people of Brufort in a determined resistance or will they be cast out and left to the mercy of the red death that haunts the surrounding jungles? 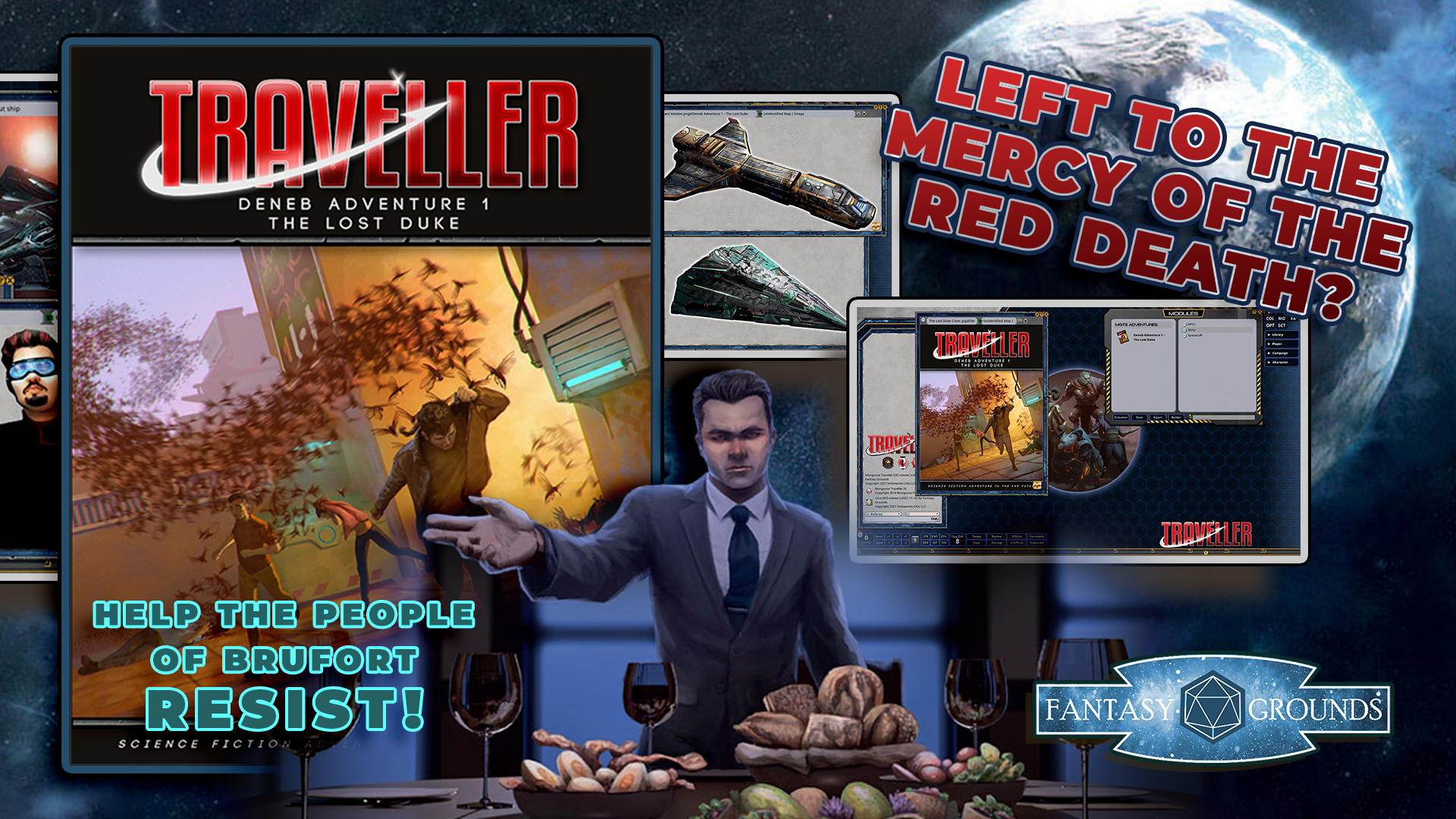