EN5ider is cracking into some truly ancient evil today with the juicy end of the epic horror adventure To Stake A Vampire! 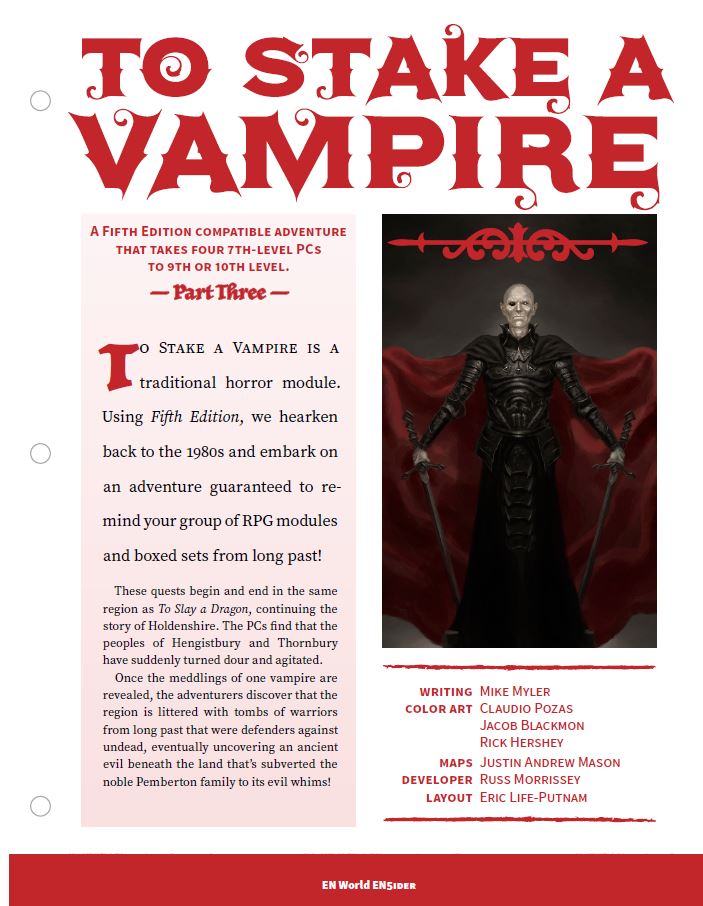 Are To Slay a Dragon and To Stake a Vampire going to get 5E collected editions?

Whizbang Dustyboots said:
Are To Slay a Dragon and To Stake a Vampire going to get 5E collected editions?
Click to expand...

That's up to the boss but I'm certainly hoping so (might be something to work out after To Smite A Fiend is all done ).