Companions can die unexpectedly and sometimes you need more than muscle or wit to best the trials of adventuring—next time you run into such a task, EN5ider suggests you rent out some mechanical help! 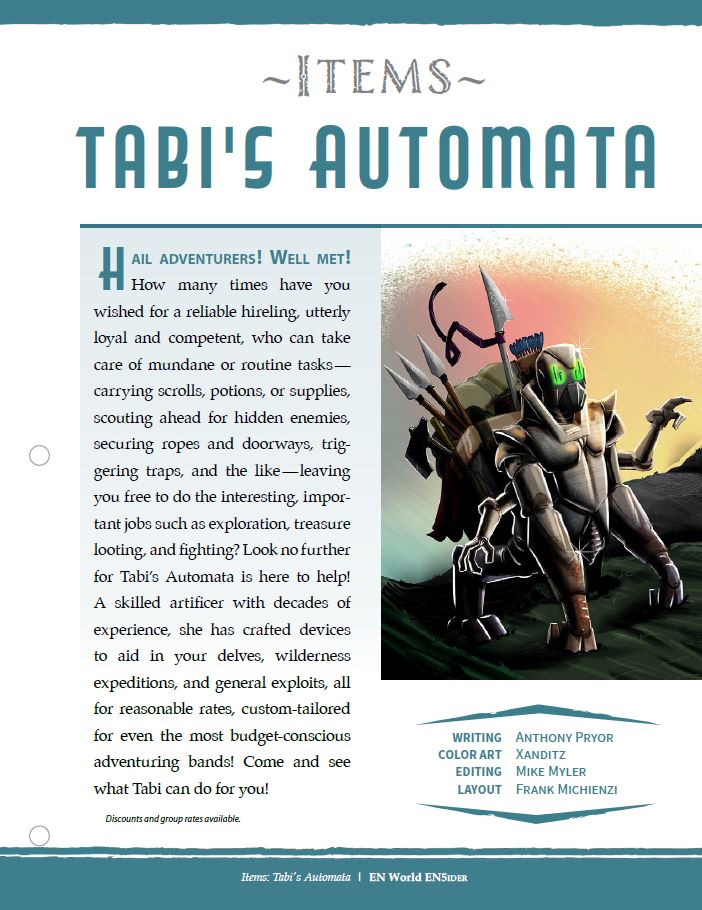