Today's EN5ider is another Enchanted Trinkets article, though if a wager is to be made they could be worth more than the typical minor magical items in the series... 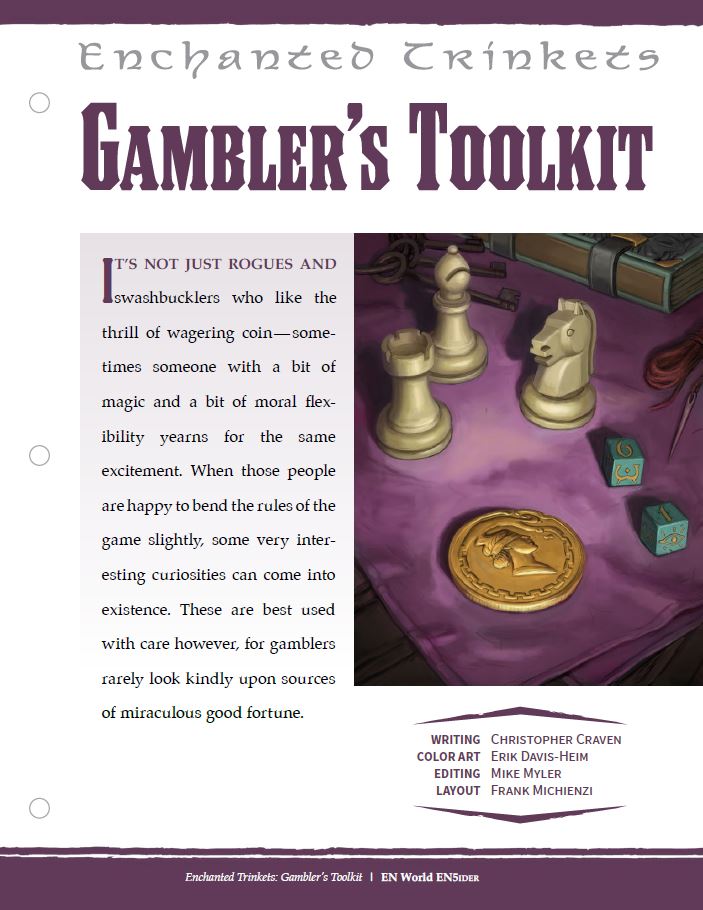