EN5ider has the meaty bits of Tip of the Tongue for today in an article that details statistics for the rulers, aliens, and other NPCs the party encounter during this intriguing adventure! 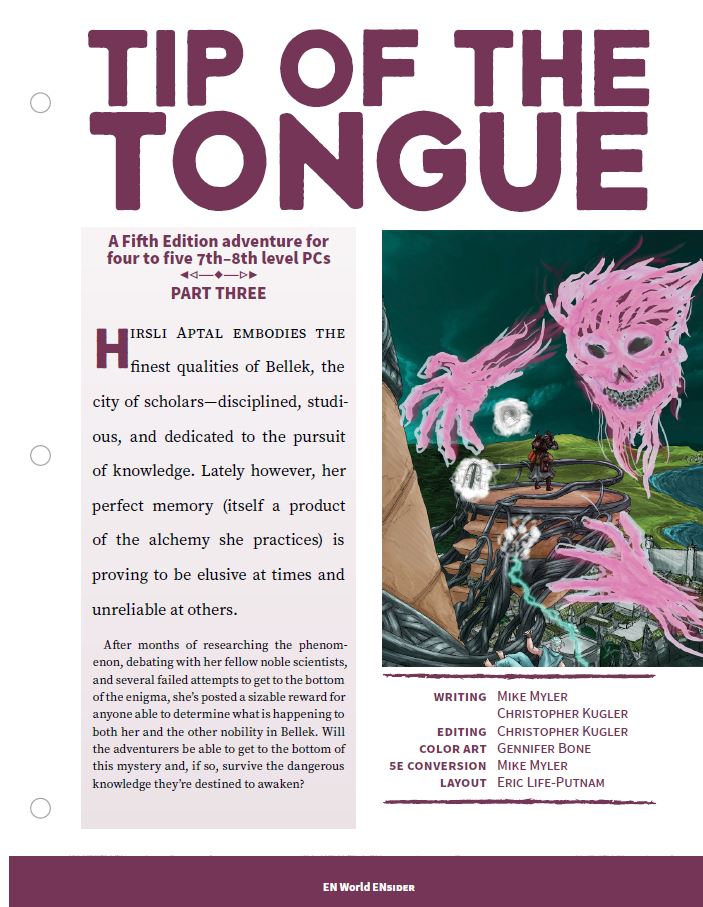