Today's entry on EN5ider is a classic and great for GMs eager for a fun one-shot or quick sidequest: attacking undead hordes! 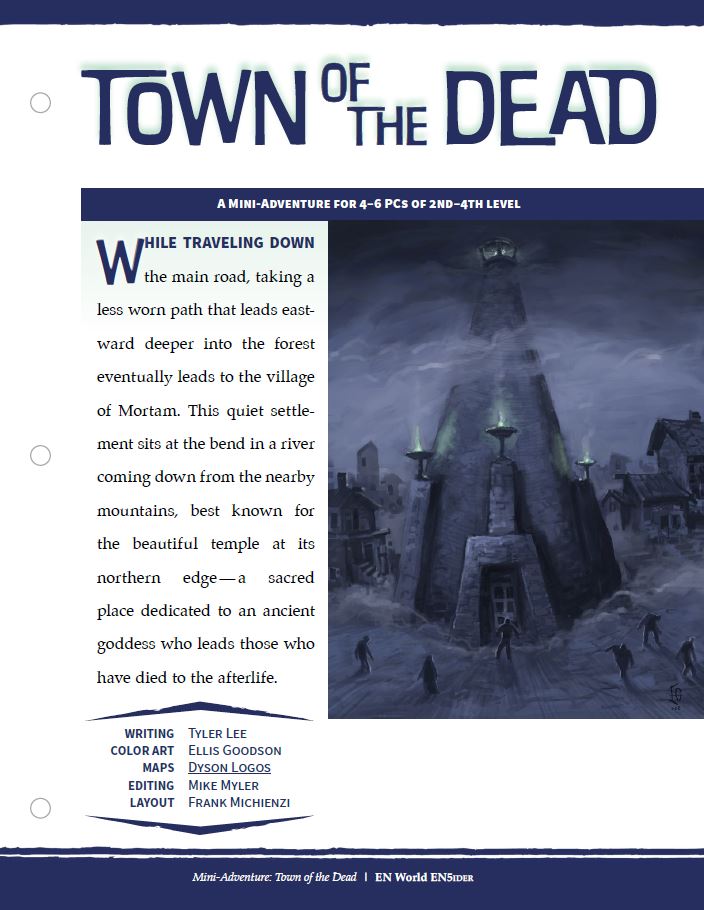