Today's EN5ider features the reforged, warriors empowered by arcana and steel incorporated into their bodies. 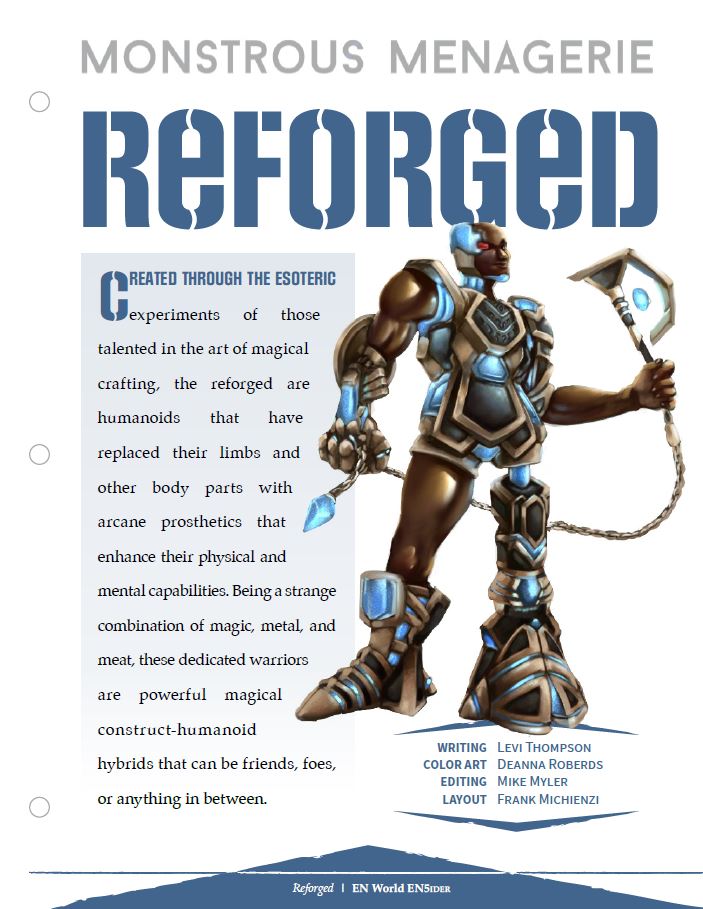