Today EN5ider breaks the mold on three classes with a trio of archetypes that turn the bard, druid, and monk classes on their heads! 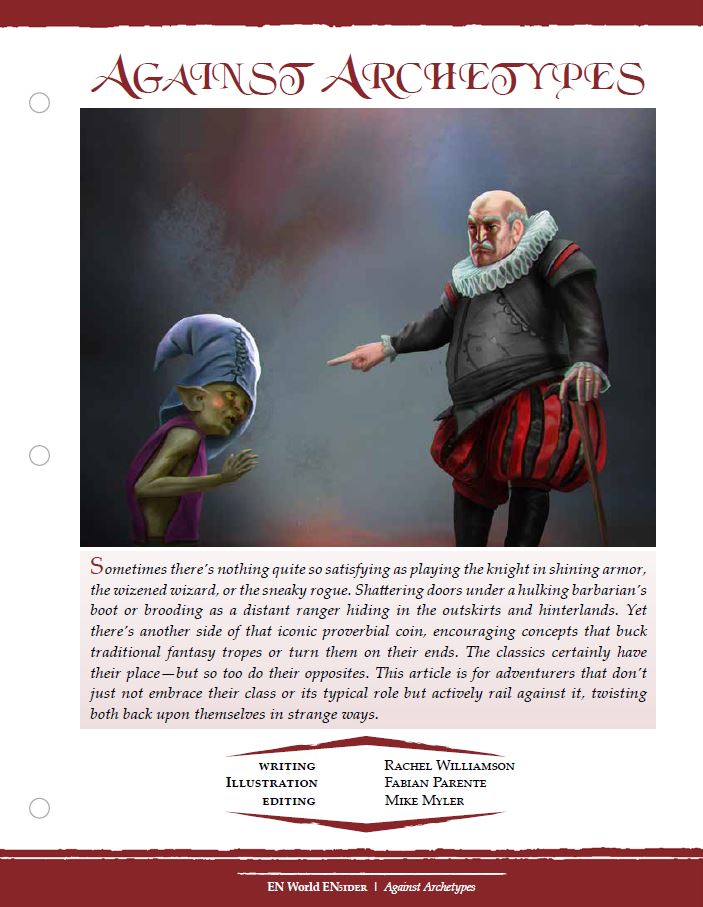 Supporter
Oh look, it me!