Today EN5ider offers a collection of five unique magic items that need adventurers just as badly as adventurers need them! 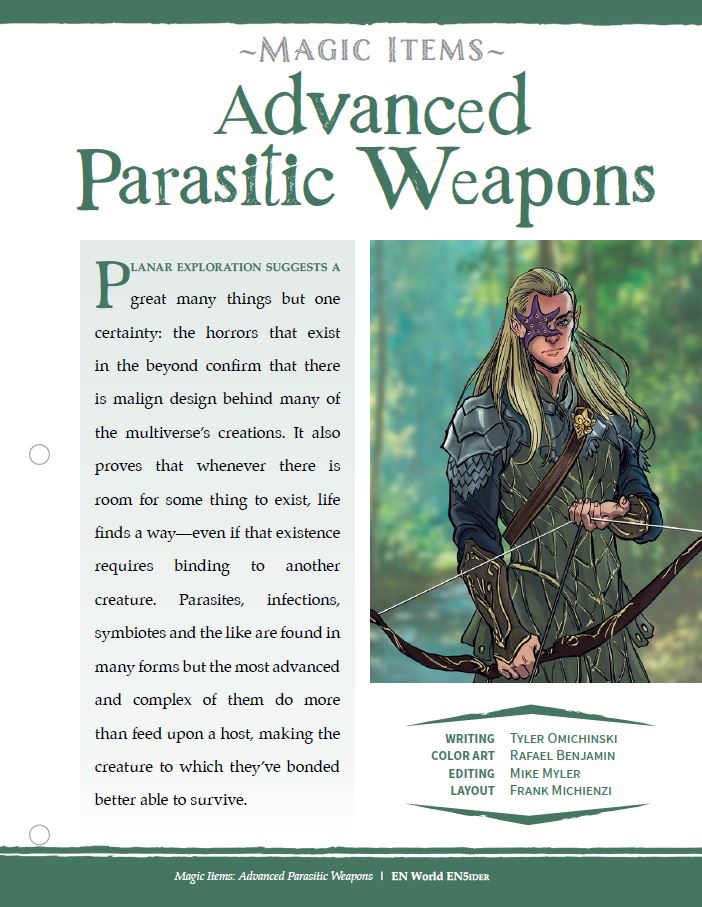