Kingdom Death : Monster has been taking Kickstarter by storm, becoming the most successful ever game campaign in Kickstarter history (currently moving close to $10 million in pledges) and with little over a day left to run. In a recent update it was announced that a special crossover add-on is being produced to bring a touch of Pathfinder to the game. 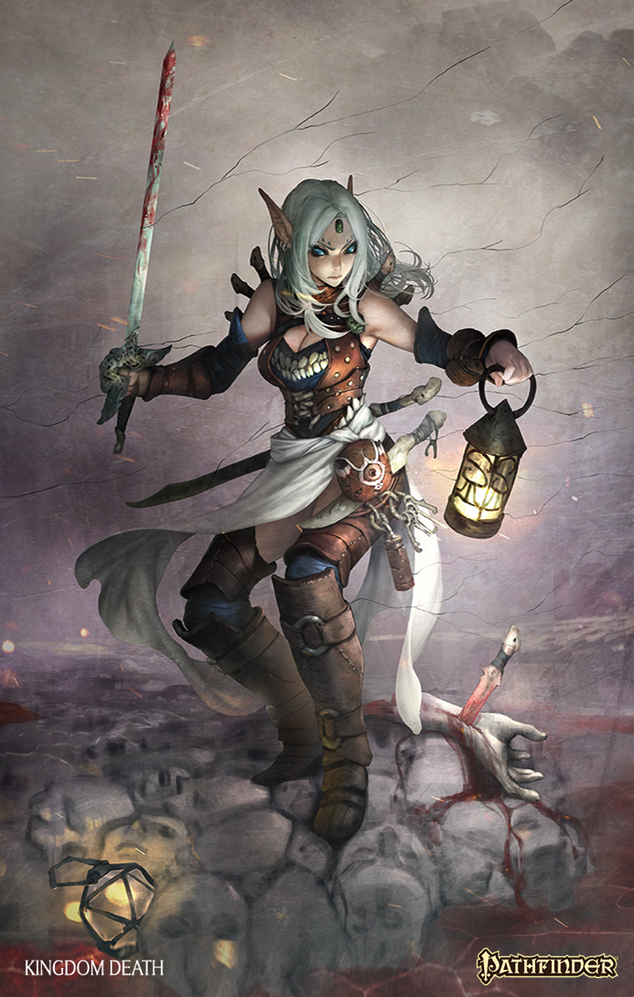 Four iconic heroes from Pathfinder (Merisiel, Valeros, Kyra and Seoni) are entering the world of Kingdom Death, all with their very own Kingdom Death miniatures and rules designed by the same designers behind the games other critters and characters.

“Kingdom Death figures are a little larger than standard Pathfinder figures, which allows for greater detail and more room to add your own awesome paint job, but not so large that they don’t fit on a standard 5 foot-grid. The quality of these figures is what originally drew us to the Kingdom Death game, and we’re thrilled to have our own characters enter Kingdom Death’s world of nightmare horror.” writes Erik Mona of Paizo Publishing.

View attachment 79741
SaveSave​
Click to expand...
A
Written by

They changed the concept are so Merisiel's inner thigh is shadowed. I'm fairly certain that Paizo didn't want KD:M making the Pathfinder models too "pin-up" like. The cleric ( I forget her name) is maybe the only KD:M figure fully clothed.
I actually don't like the scantily clad stuff, and was surprised that Merisiel got a boob job in this promo picture.

Hi. I am new member to this forum. Nice to meet you here guys. I liked this forum so much.