EVERWAY Then and Now

Years before I worked on D&D 3rd Ed, Wizards of the Coast hired me not to work on D&D but to compete with it. The result, my 1995 RPG EVERWAY, a daring artistic innovation that, for various reasons, never got off the ground. Now EVERWAY is back from a new publisher with a new format selling on a new platform and playing to a changed audience. The Kickstarter for the Silver Anniversary Edition funded in four hours, and The Everway Company has big plans for the line. Back in 1995, things didn’t look so rosy. 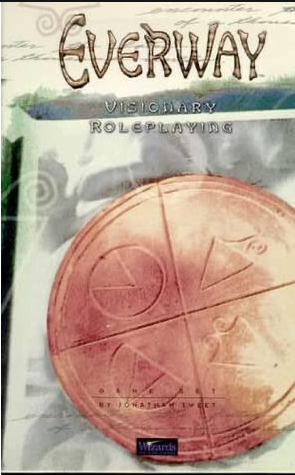 When I hired on at Wizards in 1993, the prospect of publishing RPGs to compete with D&D was daunting. At that time, no one understood that TSR’s success depended on overselling returnable products into the book trade and that the business was due for a reckoning. Magic: The Gathering was succeeding brilliantly at competing with D&D, but its success came from innovating a new type of game rather than competing head to head with D&D the way Wizards’ RPG Talislanta did. My concerns were so strong that I asked Peter Adkison to assure me that I hadn’t been hired simply to run a “roleplaying game museum,” devoted to the memory of games that Wizards had done before Magic changed the company and the industry. He assured me that they were still serious about publishing roleplaying games, and I figured that the only sort of roleplaying game that might succeed would be one that could appeal not only to existing roleplayers but also to players new to the hobby.

In order to support whatever sort of characters the players invented, the setting features travel from world to world through magic portals. Your character can be from whatever setting that the images inspire you to imagine. If characters travel from world to world, it sure doesn’t make sense for all the societies they encounter to derive from pseudo-medieval, Tolkienesque fantasy. The art we commissioned depicts people from all sorts of ancestries and cultures. The West Coast liberals running Wizards loved the idea of releasing a multicultural RPG, and so did I.

In an attempt to appeal to new players who were distant from D&D’s wargaming roots, I based the system on symbols and narrative rather than on arithmetic and simulation. Instead of dice, the game uses a Fortune Deck, which is something like a custom, multicultural tarot deck. Each card has a general meaning, which is reversed when the card is drawn upside down. For example, The Cockatrice means corruption, and if reversed it means recovery. Each of the six mythic beasts in the desk corresponds to two elements, and the two elements of The Cockatrice are Earth and Water. The gamemaster uses the character’s basic stats to discern the likely outcome of a conflict and then uses a draw from the Fortune Deck to modify or change the expected result.

As part of its West Coast culture, Wizards had a policy of believing in employees. It’s great for managers to have confidence in a company’s creatives, but in this case it also meant a fatal lack of expectations and accountability. EVERWAY, for example, ended up in a box that was too big, with a cover image that was too dull, and components that were too expensive to produce. The bad news is, Wizards lost money. The good news is, we made a game that was cooler than anything we could have done if management had been controlling costs better.

As an attempt to offer a new approach to roleplaying to a wider audience, EVERWAY was ambitious. The other game concept that I brought with me to Wizards was an over-the-top martial arts game inspired by Street Fighter and Hong Kong action films, but management wanted me to pursue the more ambitious game, and so did I. We wanted to change the way people thought about roleplaying games, and to some extent we did. We just didn’t see any profit as a result.

On release, EVERWAY enjoyed strong sales, but half of the sales were a mirage. Many of the distributors who bought the game on release didn’t actually carry roleplaying games. They bought in so they could stay in Wizards’ good graces and keep buying Magic, and they dumped the copies of EVERWAY they bought as soon as they had them. Retailers had a hard time selling the game because other people were remaindering it as soon as it hit the shelves.

At the end of 1995, just months after EVERWAY’s release, Wizards went through a massive round of layoffs. The incredible income from Magic had allowed the company to expand quickly and without much concern for costs. For example, in 1995, we had a game library staffed by a full time librarian. In 1996, we did not. Departments that were losing money got cut, and the roleplaying teams were among them. I ended up making a place for myself working on beginner Magic sets, which suited my ongoing interest in finding the best ways to introduce players to new games.

While EVERWAY didn’t do any good for owners of Wizards stock, game designers found it inspiring. Based on EVERWAY’s conflict-resolution system, for example, Ron Edwards developed his drama-fortune-karma system for describing RPG resolution mechanics. The game’s emphasis on narrative over simulation also stimulated a lot of new thinking about RPG design, especially on the Forge, a forum devoted to indie RPGs.

Wizards was remarkably customer focused, and when EVERWAY was discontinued, Peter Adkison made sure that it ended up with people who would do right by it. Those people, Rich Rowan and Jesse McGatha, have formed The Everway Company to start releasing EVERWAY products again, starting with the Silver Anniversary Edition. With their Kickstarter campaign, they’re off to a rocking start. 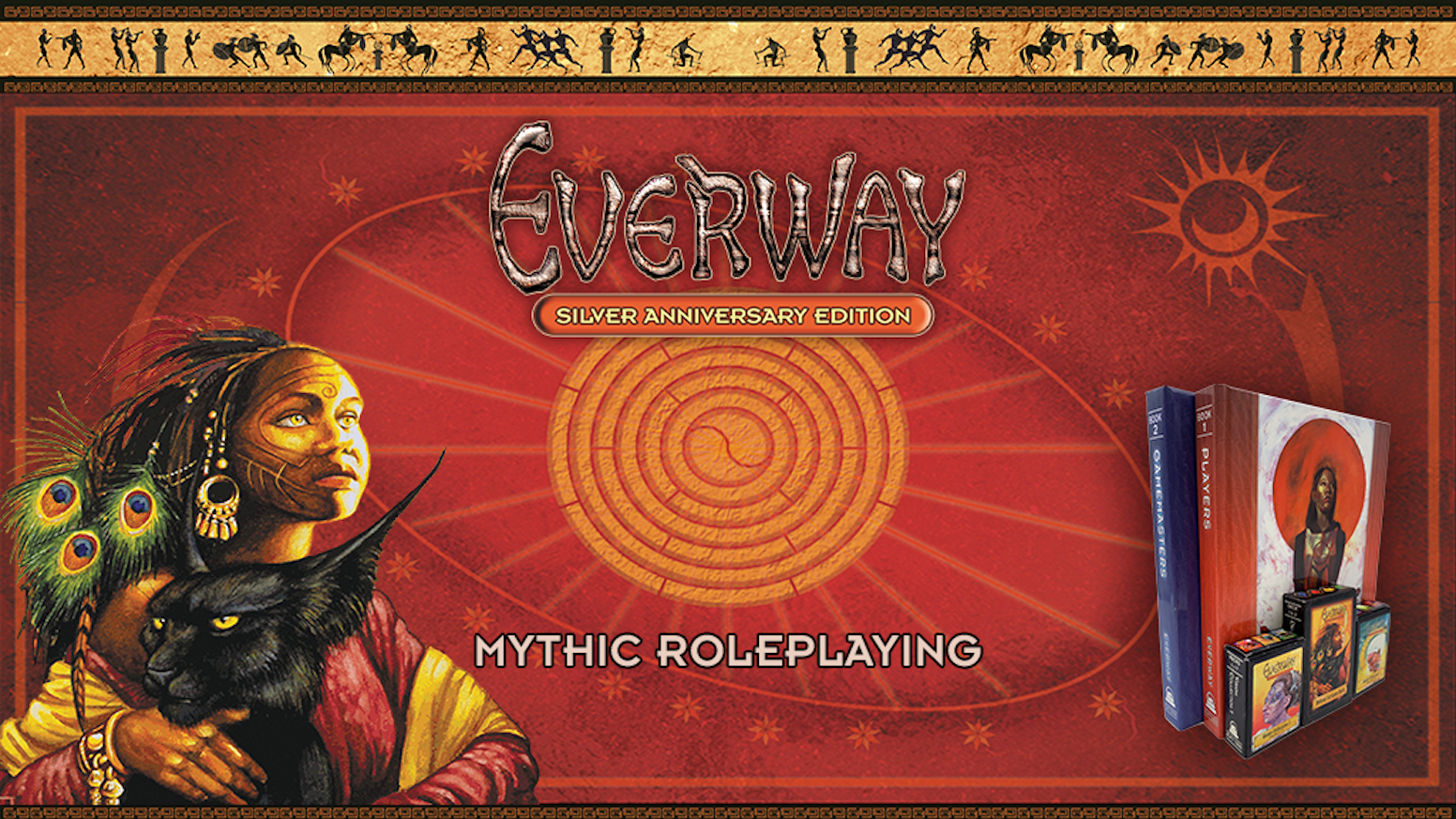 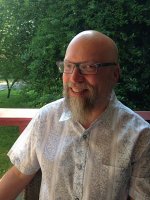 D&D 3E, Over the Edge, Everway, Ars Magica, Omega World, Grandmother Fish
You'll know Jonathan Tweet from Ars Magica, for being the lead designer on D&D 3rd Edition, and for co-designing 13th Age, amongst many other things. This column is part of the D&D/RPG History series.
P

I still have the old box! An interesting game for sure, it definitely was influential. Thanks for the article. Glad it's making a comeback.

Looks like this is very Indie judging by the few comments here compared to pages upon pages when Tasha or the Frostmaiden show up.

I love Everway. The game is sitting on my shelf in the favourites spot. I was sad when WOTC discontinued it, and I am very excited for the new edition. It deserves a return.

agree the box art was not inspiring for a game based around art inspiration and the size not great for shelf space so it wasn't very practical. It also came out at a bad time for RPGs as most players were so consumed by card games at the time.
I happy to see it getting new life. I feel this is a great time for innovation and Everway while "old" still feels fresh and hopefully does well.

I still have the original box with extra boosters of cards. As others have said it was a groundbreaking game, much in advance of its time. I need to take another look at it as I'm sure it will fit right in with our modern sensibilities.

Oh man I love the old Everway box (still have it with all the extra cards). But I am very dissapointed that there is no All-IN PDF Version in the Kickstarter with all the Cards.

Oh man I love the old Everway box (still have it with all the extra cards). But I am very dissapointed that there is no All-IN PDF Version in the Kickstarter with all the Cards.

The boxed set is beautiful. It is still on my shelf today.

The game was a revolution to one of my players at the time, who had a lot of problems with not being able to roll. 'What do you mean I don't get to roll?" For some reason, the idea that his character might just fail (or might just succeed) was completely alien to him.

I used the resolution system in both D&D and GURPS, but only realised years later I was getting its name slightly wrong, as I always used the phrase "karma, drama, or fate."

It was a clever and creative game. I actually tried to make characters for it a few times, then realized I had nobody to play with.

Maybe its time has come. I hope so!

Ah, I remember looking at it on the shelves at B&N back when I was 13... it looked fascinating, but that was also a period of my life when my parents weren't letting me bring home any RPG books (when I was 11, they threw out all my D&D books as they thought it was teaching me racism and hate).

Glad to see it's returned - I might just have to get a copy, once I have a budget for "non-essential" (that is, not directly applicable to my current campaigns) RPG products again...

Everway was extensively featured in this book on role-playing games as art: https://www.amazon.com/Fantasy-Role-Playing-Game-New-Performing-ebook/dp/B008E06BMO/ref=sr_1_3?dchild=1&keywords=the+fantasy+role-playing+game+a+new+performing+art&qid=1613011736&sr=8-3

Staff member
I have my original box and (the expansion cards?). Never got to play, but often used the game to guide PC creation for other games.

Glad to see it coming back!

I had this when I was a kid! Mum bought it for me.

I never got anyone to actually play a game with me, but I always thought it looked interesting. And I was a big fan of the setting concept. Seemed well suited for some sort of episodic adventure where the players had to a different world each session.

The alt tarot sounds really interesting, I love the Tarokka deck from Ravenloft and the Harrow deck from Pathfinder. I would probably want it on its own though, I am generally not interested in such things as core mechanic resolution systems in games.

Baumi said:
Oh man I love the old Everway box (still have it with all the extra cards). But I am very dissapointed that there is no All-IN PDF Version in the Kickstarter with all the Cards.
Click to expand...

Actually all the cards are included in the Book 1 PDF.

Shameless plug for our talk on Everway with Jonathan: 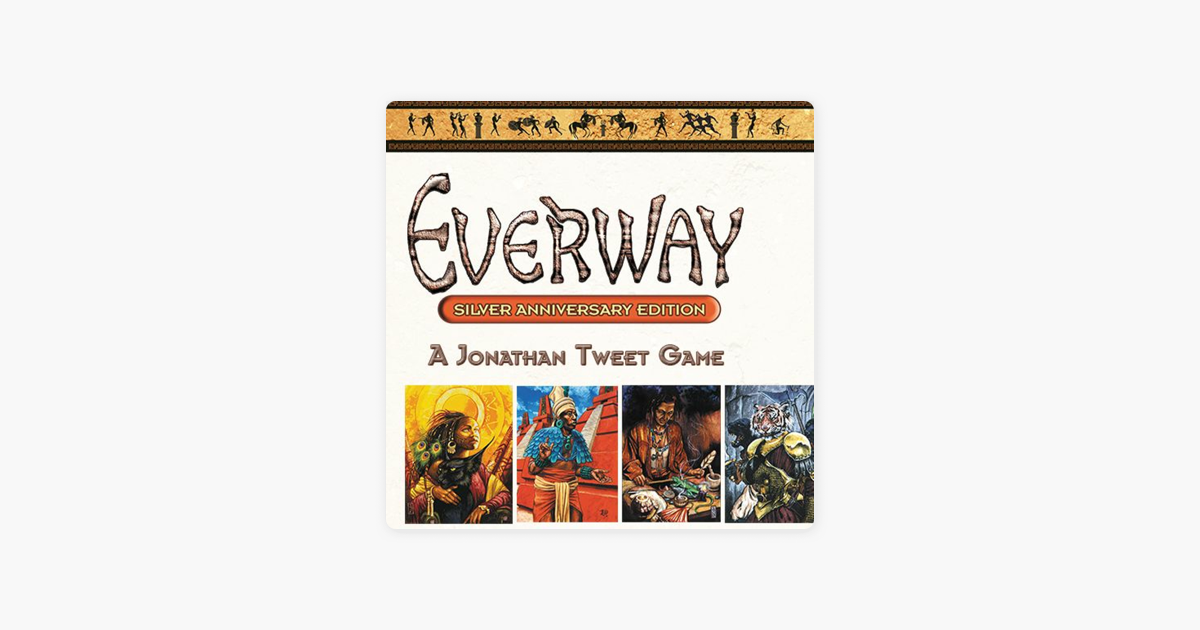 That's not all that's shameless: there's also the fact that you misspelled his name in your post and in the title of the link! I'm particularly sensitive to this sort of thing, since "Johnathan" is not the default spelling of the name, even though it's the way my own parents chose to spell it. But Jonathan Tweet spells it the standard way, without that extraneous "h" hanging about up front.

Richards said:
That's not all that's shameless: there's also the fact that you misspelled his name in your post and in the title of the link! I'm particularly sensitive to this sort of thing, since "Johnathan" is not the default spelling of the name, even though it's the way my own parents chose to spell it. But Jonathan Tweet spells it the standard way, without that extraneous "h" hanging about up front.

Oh crap, you're right! Will fix asap. We have two others with that name on the show, and no one spells it the same

Yep: I always describe the spelling of my name as "'John' and 'Nathan" merged at the 'n,' as if by some horrific transporter accident." It generally sticks in people's minds that way. However, I've had my name misspelled as "Jonathan," "Jonathon," "Jonhathan" (pretty sure that one was just a typo), and, in one remarkable case, "Johnathan Richards" had somehow been transformed into "Richard Johnson."