Fate Core System: Characters live at the core of Fate! Fate Core is the latest edition of Evil Hat Productions’ popular Fate roleplaying game system. Fate started as a “house rules” project for the Fudge system during a car ride Rob Donoghue and Fred Hicks had back in 2001. After seeing some success with it in their home games, they created a free, downloadable version for anyone who cared to grab it. They figured a few dozen people would have a look. Instead, hundreds did, and it fast became one of the most popular variants of Fudge out there, spawning its own thousands-strong discussion list and eventually helping to launch Evil Hat as a commercial game company. 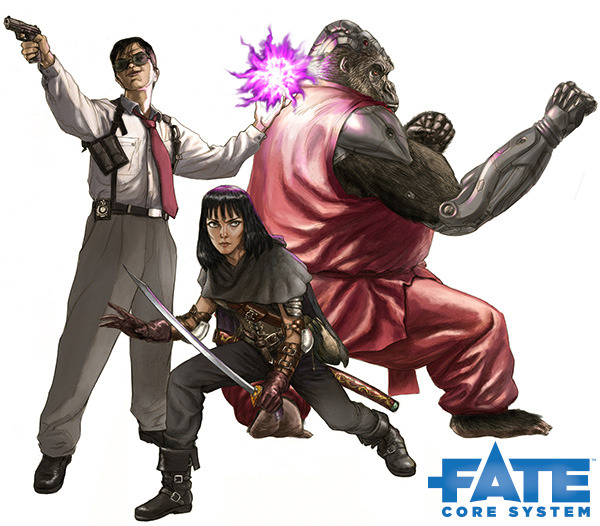