He was at 3 hp for a while, but was extremely creative with his illusion spell to avoid most combat and compete the short dungeon delve. That was the best part: his creativity instead of going right into combat every time. It's probably the best reward I get teaching kids the game. They don't have preconceived notions of what you can or can't do, and almost always come up with really creative ways to overcome challenges. 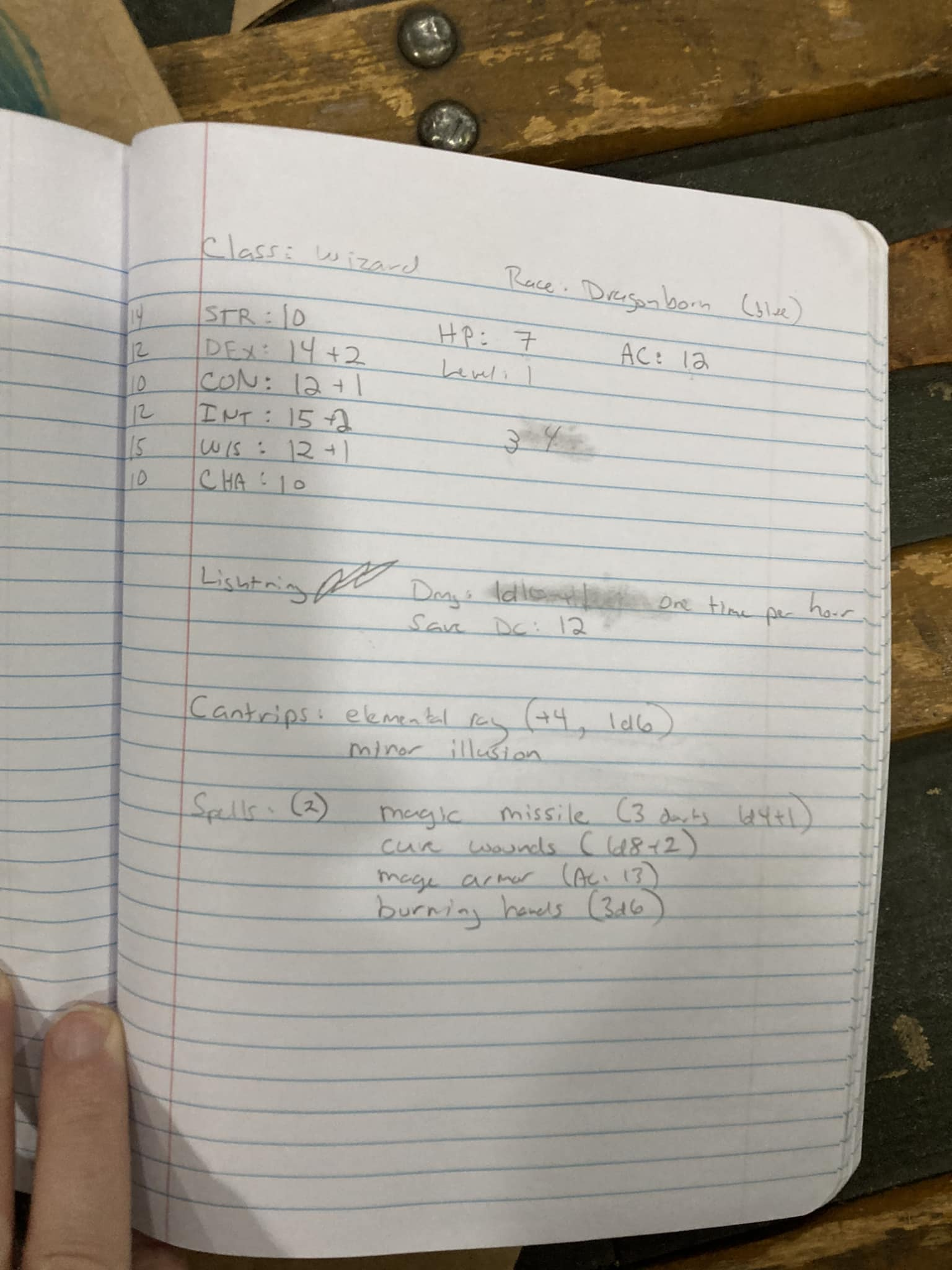 Laurefindel said:
Magic Missile when the enemy is far
Burning hands when the enemies are close
Cure wounds when things go bad
Mage Armor to buff before battle
Elemental Ray when when you run out of spell slots
Minor illusion as a versatile out-of-combat at-will spell

Funny enough, the only spells he cast were magic missile (an audio book he's listening to, Fart Quest or something like that, has magic missile in it so that's what he wants lol) and minor illusion.

He described magic missile like, "I want it to look like three electrical sparks appear, and they smash into the monster as a magical image of a sword and dragon come crashing down onto it!"

I was like, "A little JRPG/Final Fantasy, but that sounds cool, sure!"

D&D General What are you running?
2