With fish a popular dish in our house on Fridays, we decided to finally give the Heroes' Feast Dragon Salmon recipe a try. 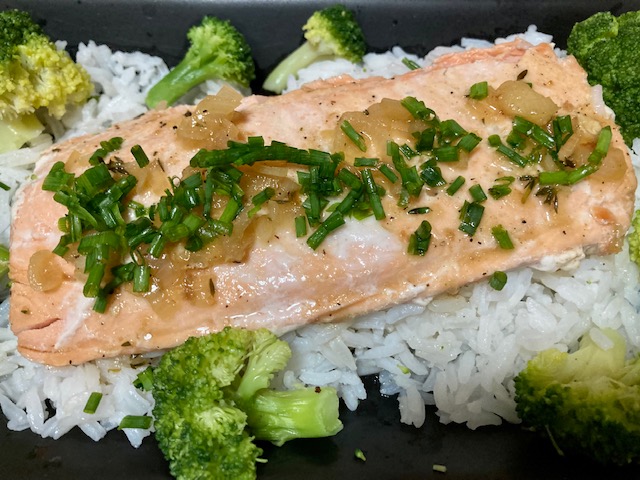 Aundair is the breadbasket of Eberron's Khorvaire, and the Aundair River is famous for the seafood that half-elven anglers bring back to the markets of Fairhaven. Their traditional preparation of the enormous salmon that spawn in that river, like much else in Aundair, relies heavily on sauces: in this case a butter and ark wine reduction. THe aristocracy would sample only a tiny fillet before moving on to further courses, but in simpler households, a single dragon salmon could feed a family.
Click to expand...

At a guess, the reason this salmon is called "Dragon Salmon" is due to its size. For obvious reasons, the salmon we bought wasn't nearly as large. As the description above states, the secret to a good salmon isn't so much cooking it as it's the sauce.

The sauce calls for 2/3 cup of a fruity, medium-bodied red wine. We drink red wine at our house, but we were between bottles and like several of the recipes in Heroes' Feast, the ingredients aren't always practical. We ended up using a fruity craft beer (which ironically had more alcohol than wine) instead, and that definitely affected the color of our salmon.

Overall, the salmon was fine, if a little bland. There's unfortunately no recommendation on a side to pair it with, which seems like a missed opportunity (we used broccoli, as you can see). 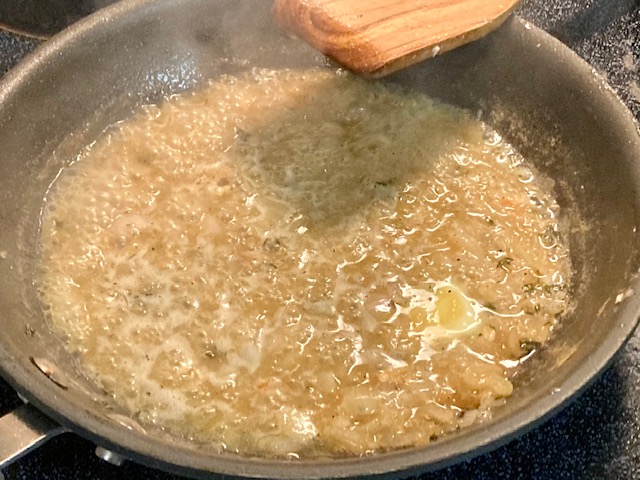 Someone has to catch these huge salmon; given their size, it seems like it's not a simple task. It's easy to imagine that Aundair fishermen have some wicked hooks and very strong fishing lines to reel in these monsters.

With the popularity of fishing as a hobby, it's perhaps no surprise that of all the common "minigames" added to the main quest of digital role-playing games, fishing is one of the most common. As you can see from TVTropes, there's dozens of fishing games. There's a reason for this:

Many video games are made in Japan, and one of Japan's leading food industries is fishing. This is a culture where squid and octopus are seen as delicious daily treats on a level with McDonald's, so fishing is pretty ingrained into the culture. So if the video game you are playing has enough sidequests & minigames, then you're likely to find a fishing mini-game somewhere in there.
Click to expand...

Role-playing games in particular tend to have fishing mini-games. 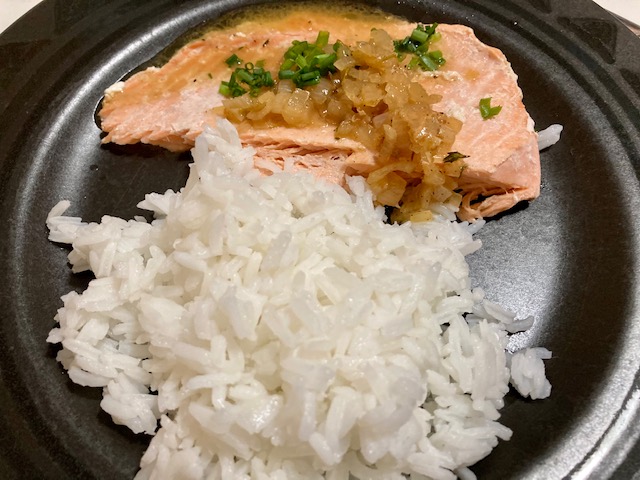 Fishing minigames also occasionally appear in Western games, mainly those that fall on the more "simulationist" side of the "game"/"simulation" line. Since fishing is a hobby that can be either relaxing and engaging or dull and boring depending on the player, these types of minigames are usually not made mandatory to finish the game (usually).
Click to expand...

Simulationist role-playing games inevitably have fishing: Final Fantasy, The Legend of Zelda, and The Sims all have it as an activity to pass the time. Fishing is also in games like EverQuest, Fortnite, Minecraft, Terraria, Ultima, and World of Warcraft.

Minecraft's fishing mechanic has gradually evolved from pulling monsters to you to retrieving a variety of possible treasures (beyond fish) from bodies of water. You can even fish with just a bucket.

Fortnite's fishing mechanic is similar, with an opportunity to find weapons, ammo, tin cans, or a variety of fish you can eat that bestow effects (speed, darkvision, even teleportation). Fortnite keeps careful track of the types of fish discovered and retrieved so you can compete with your friends.

For the most part, minigames generally treat fish as something you can eat raw or just throw on a grill and eat. Monster Hunter takes a different approach:

Like the other fauna you can capture in the New World, reeling in a fish will earn you research points. Unlike the other fauna, though, some fish will drop an item when they’re caught. These species-specific scales have a number of uses — you can oven roast (most of) them at the canteen for items, some of them are crafting ingredients and still others are useful as items on their own. Since it’s free and pretty low-risk, this makes fishing a very worthwhile pastime.
Click to expand...

In Dungeons & Dragons, fishing gets surprisingly little attention. There's fishing tackle, but how you use it is presumably up to a Wisdom (Survival) check. Everyday fishing to just keep a party full is one thing, but the possibility of encountering a monstrous fish seems more like an opportunity for random encounters. It might even be a dragon (salmon)!

If the party succeeds in catching a fish, I roll d6. On a 5 or a 6, they encounter an owlbear.

I haven't tried this recipe yet, but I plan on it. I think for simpler salmon preparations, grilling or a cast-iron skillet help bring out the natural flavors. I always try to keep cooking wine on hand (those cheap small bottle four packs work perfectly for that).

As far as the Heroes Feast seafood recipes go, so far my favorite is the Pan Fried Knucklehead Trout. So tasty!

embee said:
If the party succeeds in catching a fish, I roll d6. On a 5 or a 6, they encounter an owlbear.
Click to expand...

The PCs aren't the only ones fishing, and given owls and bears both eat fish, this seems about right!

As the description above states, the secret to a good salmon isn't so much cooking it as it's the sauce.
Click to expand...


That's simply wrong. With salmon (or pretty much every other fish), cooking (with a bit of careful seasoning) is pretty much everything. If you overcook it, your salmon is going to taste horrible. That's why I stopped to bother and started cooking all salmon fillets sous-vide.

Pokemon fishing is also a thing - and you can capture a Magikarp!