We're super excited to share the next exciting chapter of Flatline City!


Flatline City: Second Wave is a HUGE new, city building terrain set with a core set of 110+ city building models. This anticipated expansion to Flatline City can be used as standalone terrain or combined with the original Kickstarter release for incredible modular city building.

As requested by the community, this set includes a huge range of upgrades and features that compliment and expand the original Flatline City terrain series. There are 330+ additional models available as stretch goals and more to be added as they all unlock! You can follow the project here.

We launched and funded in just 5 minutes, unlocking 18 stretch goals in the first day! 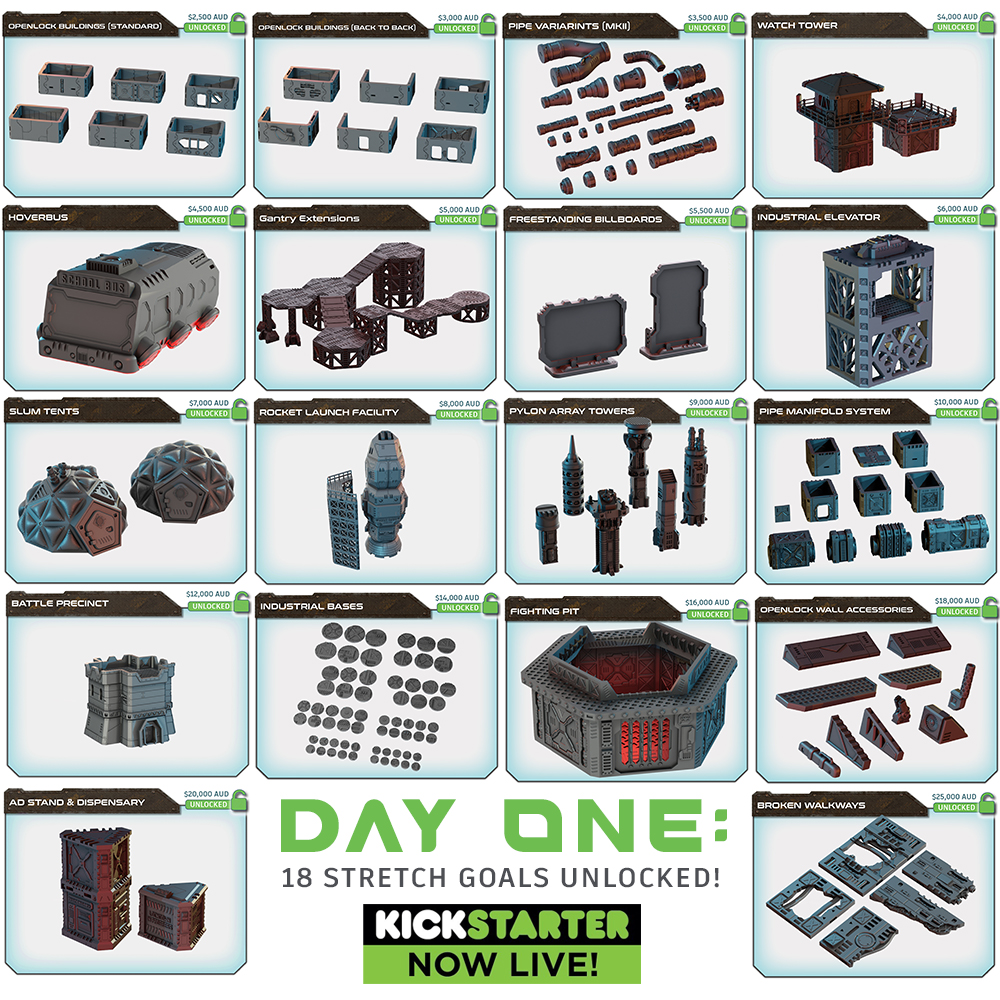 We're now entering the final week of the Flatline City: Second Wave Kickstarter and have recently unlocked even more sets with the Modular Container Buildings and new Signage pack! With 22 unlocked stretch goals, this means all backers will receive a minimum of 440+ models! 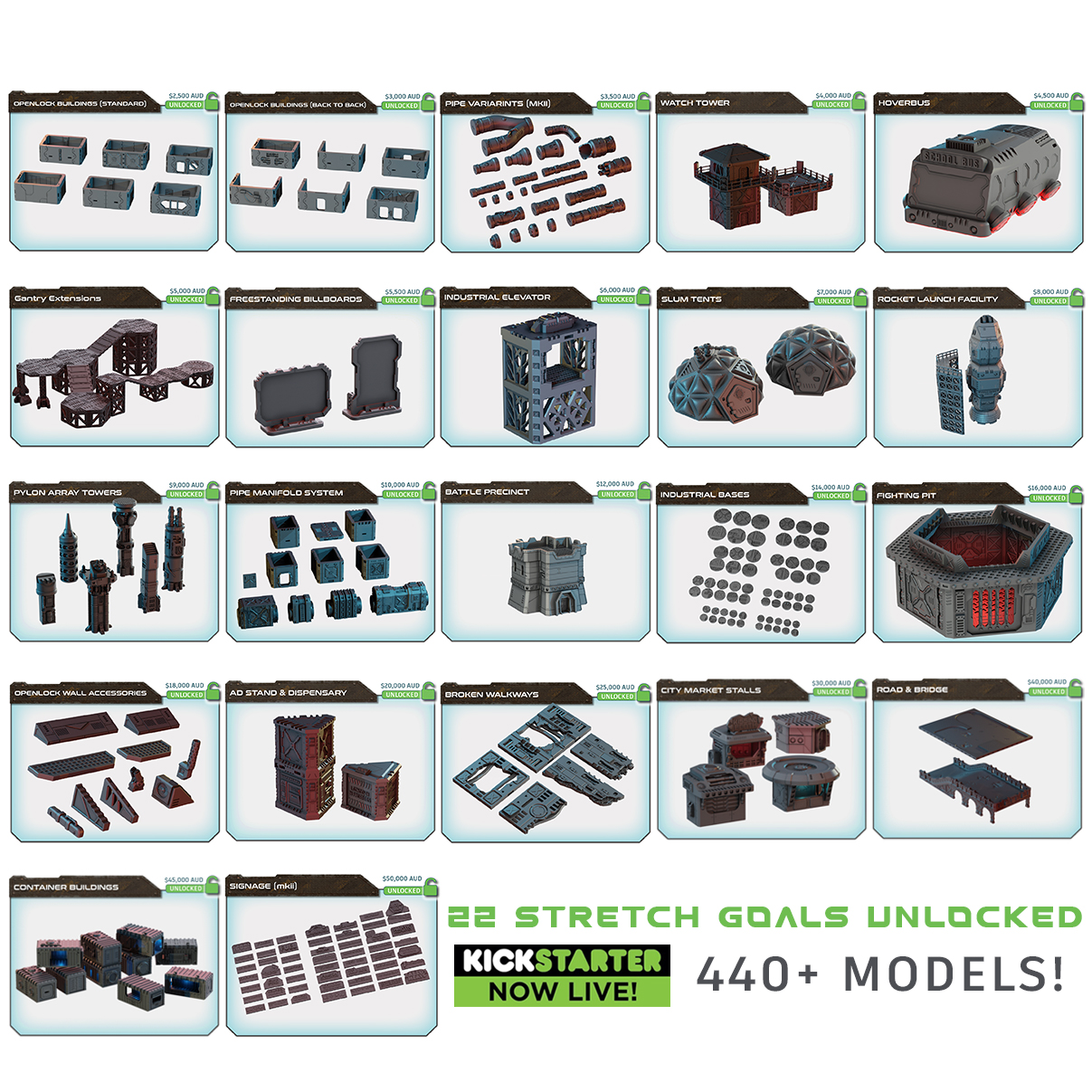 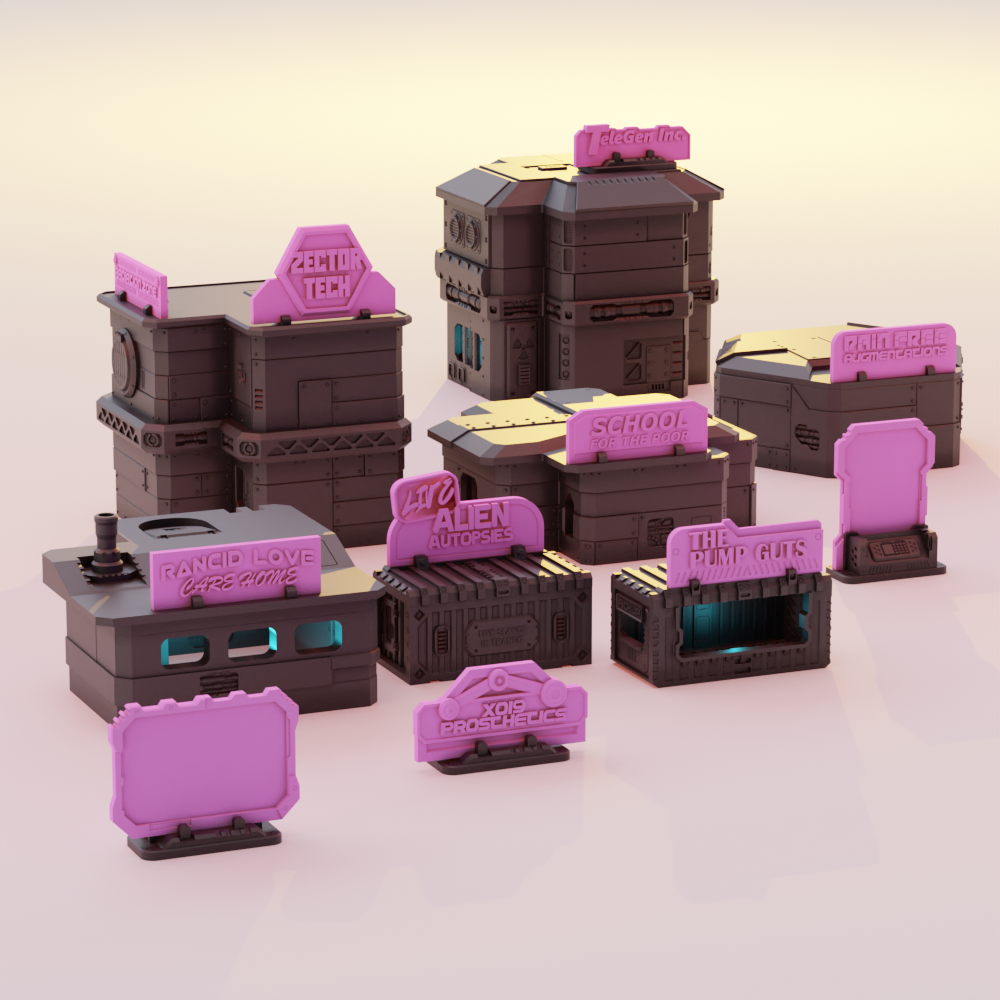