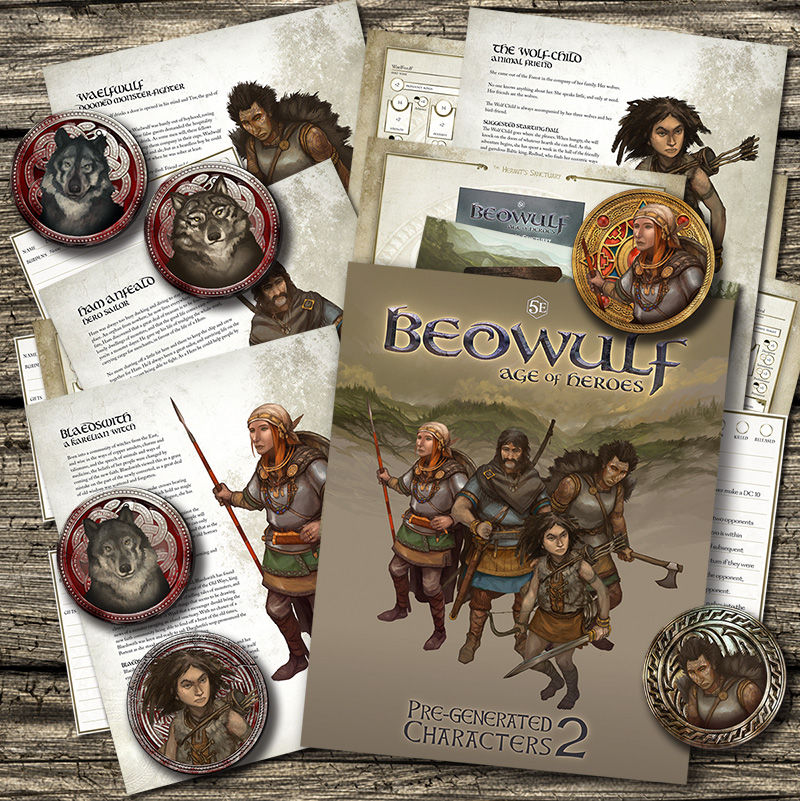 ​
Meet:
There are also new follower cards for Ham Anfeald, who is always accompanied by his hand-fasted best friend, Bald Haeri, and The Wolf Child's family of wolves.

You can grab the Hermit's Sanctuary here.

About BEOWULF: Age of Heroes 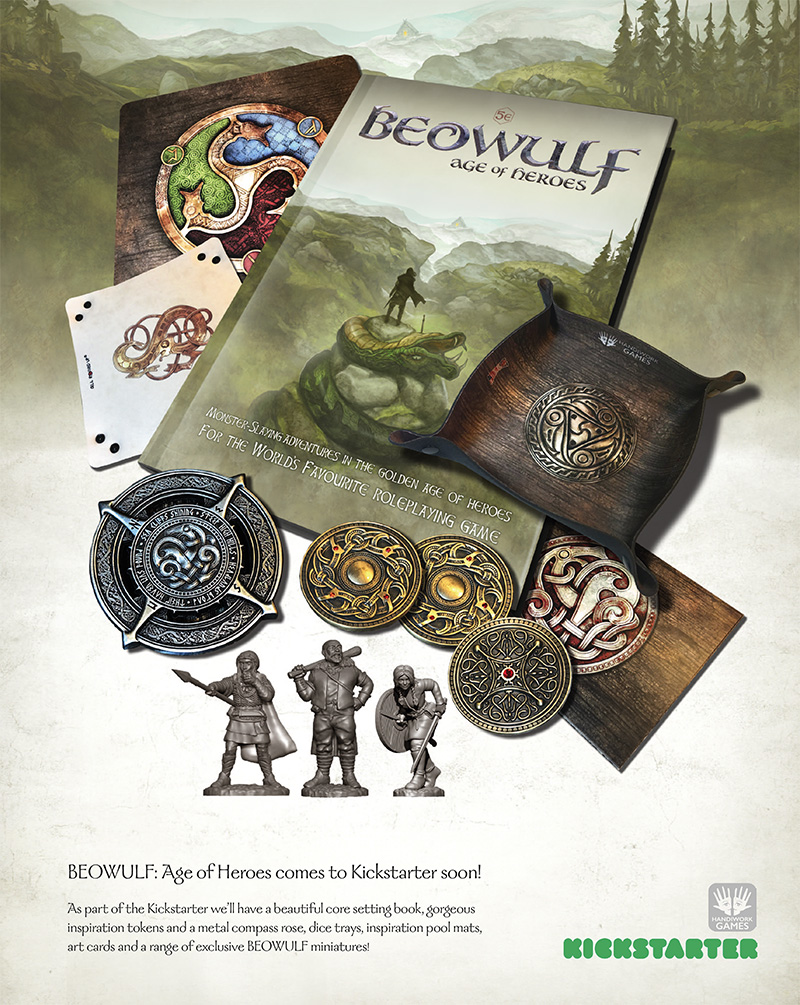 ​
One of the oldest recorded stories in Western Europe, Beowulf is an epic tale of hero against monster. And then the monster’s mother. And then a dragon.
BEOWULF: Age of Heroes is a setting and rules set for 5th Edition, designed primarily for duet play – one GM and one player.

BEOWULF: Age of Heroes presents a host of new and specially adapted rules to create epic and thematic adventures for your lone hero and his or her companions.

Explore mythic Migration Era Europe and beyond, solve mysteries, and do battle with dreadful monsters!

With writing and rules design from hand-picked 5e and folklore geniuses, and with art from Jon Hodgson and friends, BEOWULF will be a thing of epic wonder.