D&D General From the Freelancing Frontline: Struggling For Experience

In 1997, I attended the TSR RPG Writer’s Workshop, in Seattle, WA. In 2000, I applied for job at Wizards of the Coast, and was hired to be part of the RPG R&D team, working on Licensed Products.

The three years between those two momentous events in my early career were.... frustrating. I knew I wanted to do more than magazine articles, to prove to game companies I was a good candidate for a staff position, but I had no idea how to get that work.

So, I fell back on advice from books. Specifically, my father had given me a small cloth-bound hardback book titled “How to get A Job.” It had that weird capitalization, no author, and no listed publisher, and was about 5 inches tall and 3 inches wide. It was maybe 30 pages long, with dark gray rather than black ink and paper weathered from age. My father claimed he got it from his father, and that it had helped him secure a job as a university professor of economics after he got his doctorate. So, I read through what it had to say.

Some things I had already done wrong... but I’m not sure showing up in a suit and tie at the TSR RPG Writer’s Workshop would really have helped my case. (Though I did file that one away for later. Seriously.) But on about page 6 or 7, it talked about thank-you letters. Specifically, anyone who talked to you in a professional capacity should receive a polite thank-you note.

I know this must seem amazingly anachronistic, and this book was a good deal older than I was, but it made a strong case. A thank you note was another chance to put your name in front of a potential employer or advisor to an employer in a positive light. And after all, the age of the SASE wasn’t entirely over, so I could see benefit to sending out friendly mail reminding professionals they had met me.

There were specific rules in the clothbound book about the letter. It should be no bigger than a greeting card. It should mention the event where the speaker talked to me. It should call out one specific piece of advice I enjoyed (to prove I was paying attention). It should include my name and address in the note itself, in case the envelope was thrown away. It should mention how helpful I found the advice in my search for a position in the industry, but shouldn’t even hint that I hoped to be hired by the recipient. It should have an entirely hand-written interior. It should be mailed to the recipient’s place of work, with their name then “care of” the workplace. At the time, I assumed this was because I might not have their home address, but it also occurred to me that such a letter in the office might spark polite questions at work, spreading my name yet further.

And so, every speaker at the seminar got a thank you note from me. It was a painful experience, because my handwriting is terrible, but it seemed smartest to use my best scrawl, rather than have my wife forge something that was supposed to be from me. My notes gave me something to call out from ever speaker, and they were all sent care of Wizards of the Coast.

Later, after I got to know several of the speakers, many told me the letters DID make a splash. In fact, many of the game industry professional had never received a professional thank-you note in their entire lives. It didn’t make them want to rush out and hire me, but it did make my name more memorable. And as my name kept showing up in Dragon magazine, people who had gotten a thank you note from me connected those articles to my name, my face, and the fact I had gone out of my way to show appreciation. All this would play very much in my favor... three years later. But right after I mailed them? It was like shouting into the void. 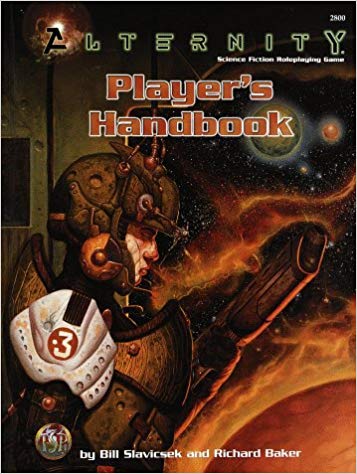 In desperation, I turned to America Online’s RPG forums, which was the biggest and best organized gaming community I had access to. Through the TSR forums, I got a gig writing reviews for Alternity RPG products (a TSR sci-fi RPG published in the late 90s by WotC, for those of you who never heard of it) trade for free copies of those products. On various fan sites, I got slots writing for the fan-created “Netbooks” which were blowing up as very popular at the time. None of those paid anything at all, but they did give me an excuse to write, and put my name out more and more. So, yes, I wrote for exposure.

Working on reviews for Alternity put me on a first-name basis with more WotC employees. Working on the netbooks got the attention of folks producing small, independent game books. And one of them offered me my first big writing gig.

A book on super-spies, in WWII, set as part adventure book, part campaign book, part real-world history. It was 100,000 words long, and paid $500, pay upon completion. For those of you not already doing the math, that’s half a cent a word.

I didn’t know any better. I was thrilled.

That book was my full-time job for more than a year. I did other work as well, of course—bills had to be paid. But 40-50 hours a week were pounding on that one project, eventually hitting the breakneck pace of 1,000 words a week, four times my normal speed. When it was clear even that wouldn’t finish the project on time, I asked for (and received) permission to make a timeline of odd WII events, and to treat every page worth of entries as 800 words of text. I searched for everything I could about K-Class blimps (10-man, armed, nonrigid airships the U.S. used in WWII for antisubmarine operations. I made notes about the production of the V-3 cannon. I noted the first siting of the Doodlebug tracked mobile mine. I filled sixty pages with dates and places of weird and interesting war events... and the publisher claimed to be thrilled with the end result.

I turned it over, and got paid. The book never saw print. The publisher disappeared off the face of the Earth. It was late 1999, and I still didn’t know how I was going to get hired by a game company.

Then, my Dragon Magazine subscription paid off once more, as it advertised that Wizards of the Coast was hiring. And taking applications by mail. 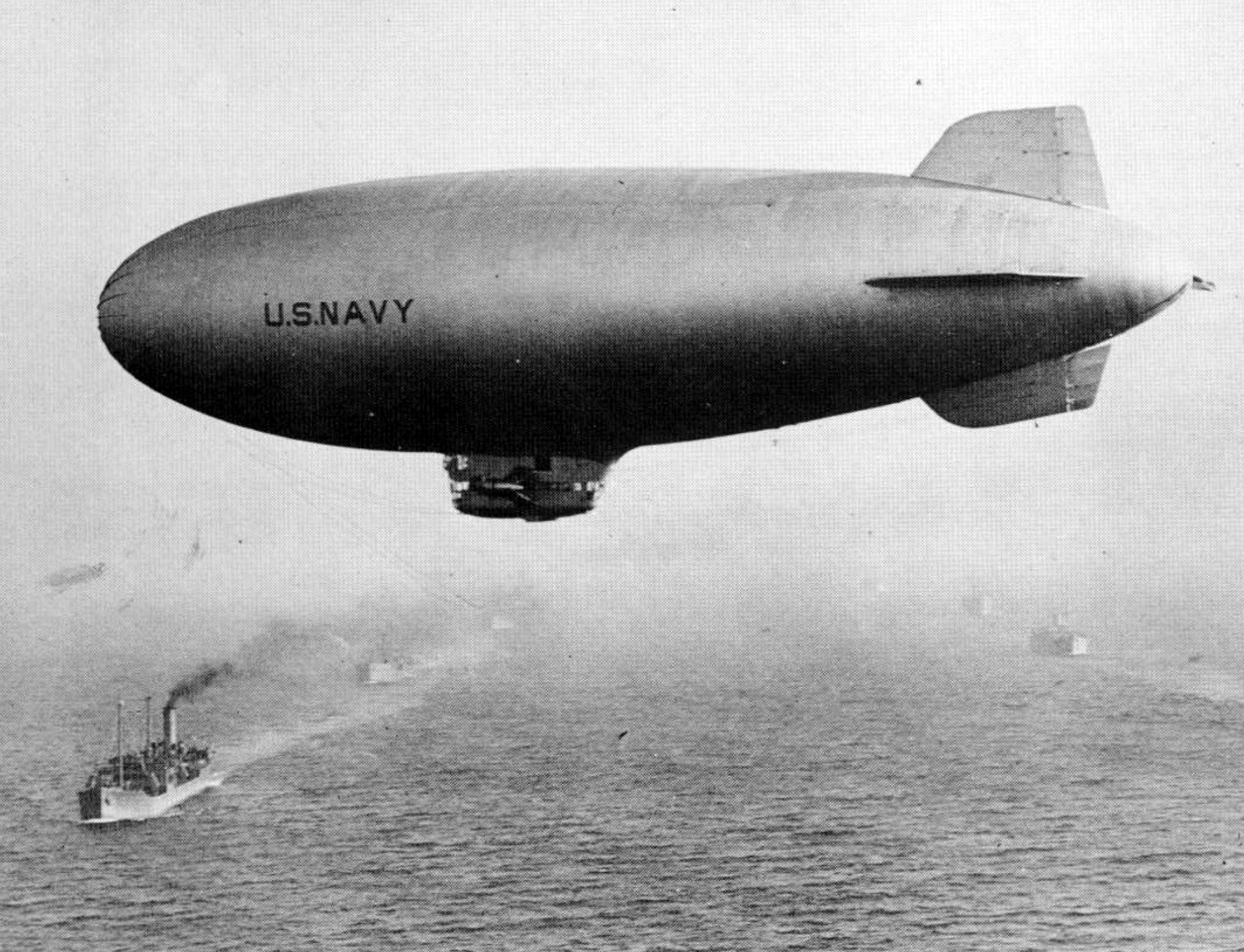 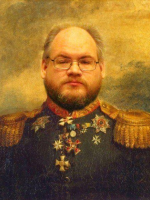 Owen K.C. Stephens is a veteran of the TTRPG industry with more than 20 years experience, including being on staff at Green Ronin, Paizo, and Wizards of the Coast and being the publisher of RogueGeniusGames.com. He has worked on numerous RPG lines, including being co-author of the Star Wars Saga Edition RPG and Design Lead for the Starfinder Roleplaying Game. You can support his writing and free content production at Patreon, and follow him at his blog, on Facebook and on Twitter.
T

A book on super-spies, in WWII, set as part adventure book, part campaign book, part real-world history. It was 100,000 words long, and paid $500, pay upon completion. For those of you not already doing the math, that’s half a cent a word.

I didn’t know any better. I was thrilled.


… and this is why I quit freelance writing and editing and went into financial services.

Hah, you probably don't remember me, but I was at that Writer's Workshop as well in '97. The TSR staff there were great folks and that workshop directly aided me in getting my adventure - "The Winter Tapestry" (Chris Perkins suggested I change the name from "The Cold Curtain") published in Dragon.

As I recall, the TSR staff were already quite impressed when they introduced you (we had all turned in a sample of our work for their review as part of the workship), and I was as well - you already had an air of greatness around you.

Some of those old school techniques are coming back around in an age of resume spamming. It's little easier to do with the RPG industry being smaller. Heck, with email going into the spam filter, a postcard seems to be a better bet.

Stormonu said:
Hah, you probably don't remember me, but I was at that Writer's Workshop as well in '97.
Click to expand...


Hey Stephen! I wish we had ALL done a better job of keeping in touch!


Stormonu said:
As I recall, the TSR staff were already quite impressed when they introduced you (we had all turned in a sample of our work for their review as part of the workship), and I was as well - you already had an air of greatness around you.
Click to expand...

I suspect they were mostly hammering on the fact I had some Dragon Magazine articles published already. unlike you, however, I never got my adventure from that Workshop ("Bear Hunt") published.

I have done a little bit for a 3rd party company, but the last few books I worked on had my name completely removed from them. I'm not 100% sure what I should do about that. Complain to them? I doubt they'd care, since I don't believe any of the other people, other than the main author and the editor, got credit either.

Inchoroi said:
I envy you.

I have done a little bit for a 3rd party company, but the last few books I worked on had my name completely removed from them. I'm not 100% sure what I should do about that. Complain to them? I doubt they'd care, since I don't believe any of the other people, other than the main author and the editor, got credit either.
Click to expand...


I am a big believer in credit so, yeah, I'd politely mention it to them. The worst that can happen is they don;t do anything about it, but you won;t get change by not asking either.

But if I were you I'd also make sure every project I was on had a contract, and that the contract stipulated I get a writer or designer credit in the credits page, at least.


As I noted, I didn't know any better.

I mean, $500 was more than any of my (tiny) Dragon articles had paid me. I thought maybe there was a sliding scale.

It's one reason I like to talk openly about pay rates nowadays, so people have something to compare to.

Like Stormonu above, I was at that writer's seminar. Unlike Owen, I wasn't brave enough to take that leap into writing professionally. I still work for the same company I did back then and that longevity has paid off. So I'm not complaining. I still think back to those wonderful morning walks in the fog from the hostel next to Post Alley to the WotC building. I live in AZ and we don't see fog very often. Can anyone spot a "young Owen" in these pics? 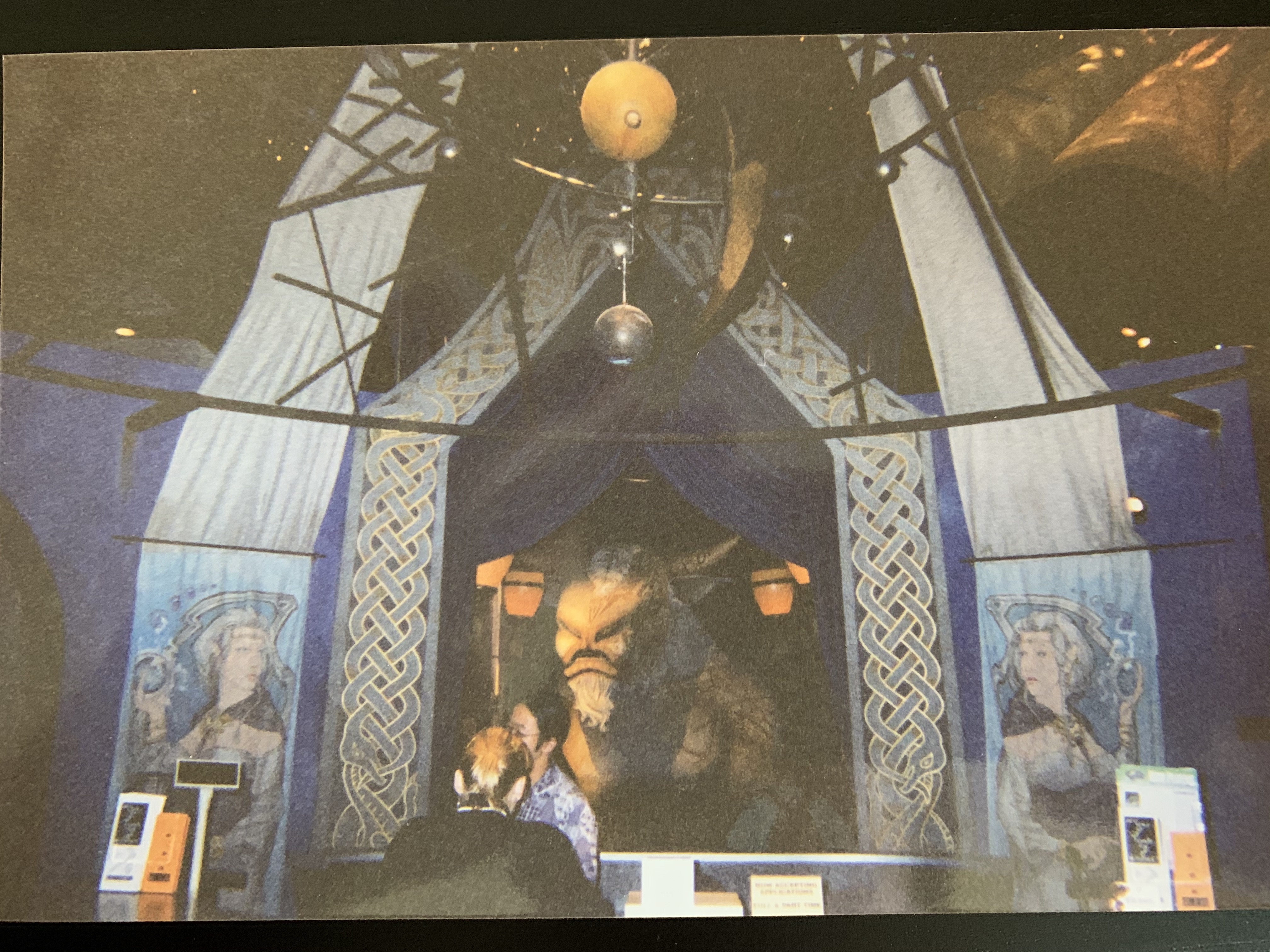 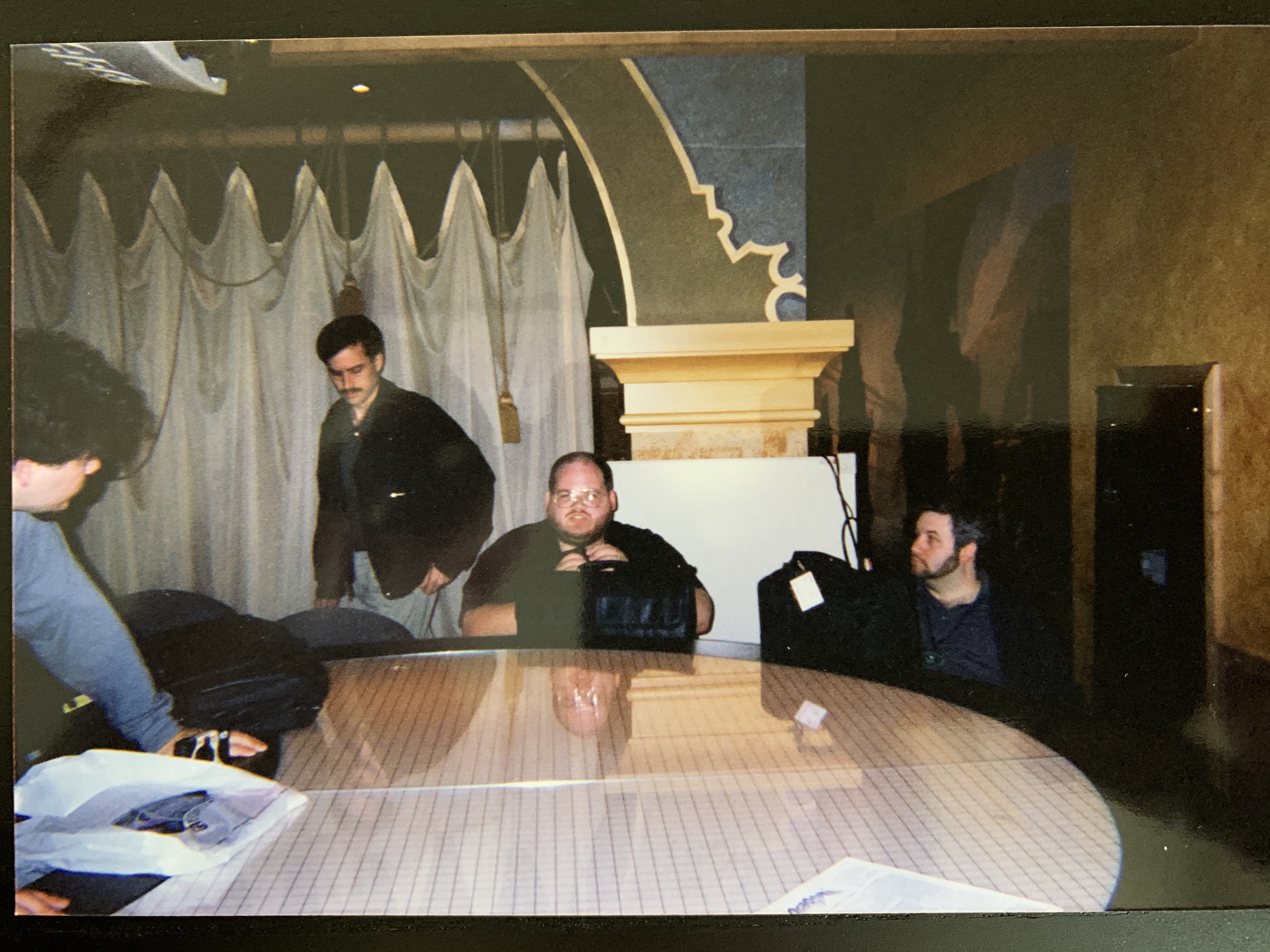 
Oh dear lord I look like a nervous 12 year old!

May I share that around on social media? And if so, you want me to attribute you as
Mees the T'sa? (Ah, Star*Drive... )

May I share that around on social media? And if so, you want me to attribute you as
Mees the T'sa? (Ah, Star*Drive... )
Click to expand...

A
D&D General Sword Coast Adventurer's Guide: Is it (stealthy) a reboot of the Forgotten Realms?