Elemental (PDF on sale 8/24) (58 page free preview with pre-gens and adventure) is a rules light universal roleplaying game with free adventure (many including pre-generated PCs) and rule support on Drivethrurpg. The rules summary fits on one page and the system uses a d6 roll high with modifiers against an opposed roll. The core rules cover fantasy, horror, science fiction, and pulp & superheroes. 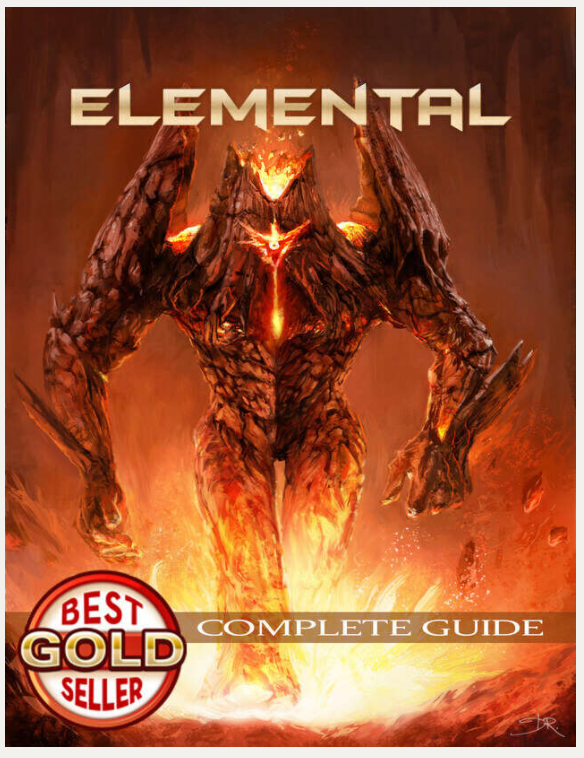 The book itself is full color with amazing art and an index. The graphics are top notch and the layout is easy to understand. I also appreciate the use of a decent sized font and white space making the physical book easy to read. Thanks to JM for sending me a copy for me to review and for doing an interview with me.

Character creation (based on spending XP) takes about three paragraphs (five with the two examples) and includes pitfalls a GM should be aware of and may want to house rule in their game. The heart of the base character is 26 skills and an extensive how to play section covering not just combat but also additional dangers, social situations, and equipment including modern vehicles.

After that, the rules zoom in to different genres. Fantasy has the same races and classes as Dungeons & Dragons but skill based. An extensive spell list runs up to Difficulty 9. Spells work as skills and the caster must also have the Arcane Lore skill at a higher enough level to use the spell. Fantasy rounds out with a page of magic items and several pages of monsters.

My opinion on the fantasy section is this is the best place to start if you want to try something other than D&D. It is familiar enough to be comfortable, but drops levels for a skill-based system which I really appreciate. Heads up, the monsters lack descriptions and not all of them have art. If you know D&D you’ll know the monsters. If you don’t, you might have to make a couple of descriptions up. My thought is that with a name like Elemental, a fantasy setting based on elemental casters and elemental monsters would have been fitting. Might be a good place to start with a campaign for do-it-yourself GMs. Free PDF adventures include traditional fantasy, swords and sorcery, and Vikings. 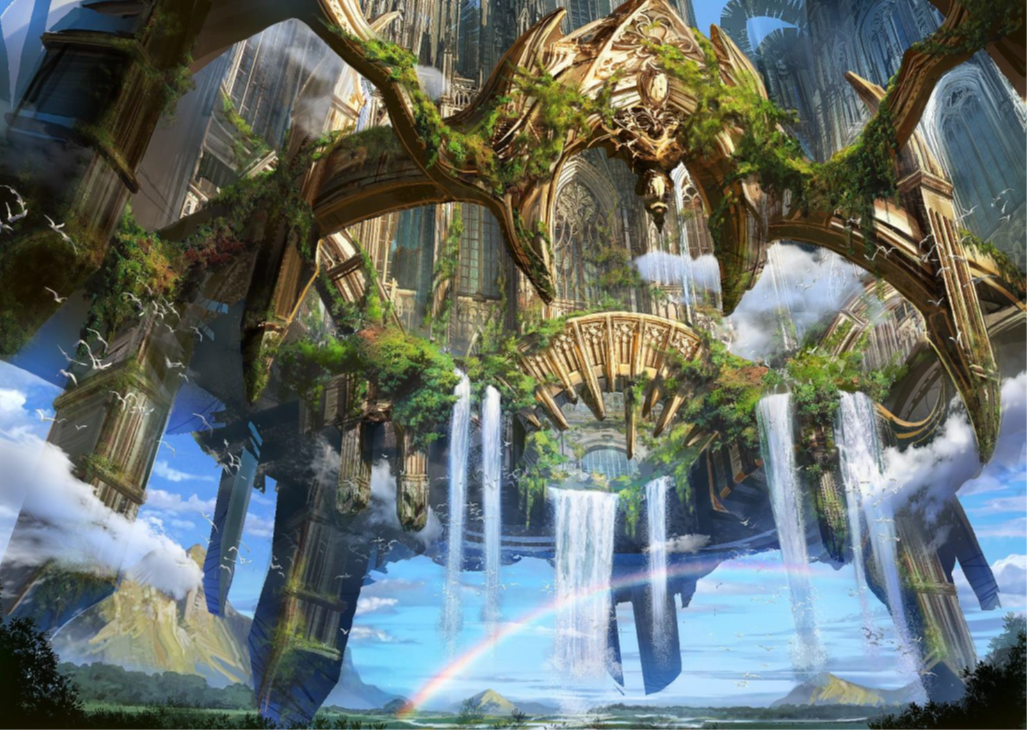 The horror section reminds me of Call of Cthulhu. It has archetypes doing the work classes did in fantasy. The setting appears to be more modern as there are engineers and pilots. Rules for sanity and corruption are easy to grasp. And a list of spells for horror follows. I was surprised to see that spells in the horror genre don’t inflict sanity loss although it would take no work to make the current rules apply when learning a spell. If that was the case, then the XP cost might need to be reduced.

The monster section, on the other hand, does suggest adding the Intimidation (Fear) skill to any monster brought over from fantasy which is a great idea. Monsters include Lovecraft horror and horror movies classics like the blob. Human monsters like cultists, mad scientists, and serial killers are also covered.

Overall, this section is short but well detailed. The horror rules make an evening of horror easy to unleash. Many of the free adventures are horror and range from Vietnam, an adapted adventure by Greg Stolze from Unknown Armies, and more.

The science fiction section is a collection of tropes and not a complete setting per se. I like the alien races (bestial, construct, plant-like et cetera) and equipment. The psionics are also well detailed. I am impressed that vehicles, mechs, and starships are all included. However, there are no rules for faster than light travel and cybernetics gets a basic set of rules with the GM designing the specifics. Fate of the Arkadia (42 pages) is a solar system based setting that discusses star travel. Continuity (42 pages) and Ego Hunter (70 pages!) are both free PDF converted Eclipse Phase adventures and rules, so cybernetics does have real support. Sci-fi does have a great collection of NPCs and four robots.

Pulp and superheroes contain powers and little else. No supervillains, no lairs, no teamwork rules.

Of the four, fantasy and horror are ready to go out of the box. Science fiction requires more work but excellent scenarios are available that support near Earth sci-fi and transhuman cybernetics. Pulp and superheroes have no real support, so the GM will have to do most of the heavy lifting to run in that genre.

This system is tightly designed and has numerous checks and balances despite its lightweight intent which I count as a positive. Having spells be skills in particular means that casters don’t just get spells on top of all their other abilities. They have to make hard choices. And the free support is outstanding. These aren’t short adventures, these are mini-campaigns of 40 plus pages to get you started. And those PDFs are free. Finally, character creation is fast but full of choices and the system runs simply but covers a huge range of situations with the opposed roll mechanic.

Elemental currently has 11 free adventures, eight free dungeons, and six free monsters to support the game. Grab the rules and pick from a variety of settings and genres to play a one shot or kick off long-term campaign play using one of the detailed scenarios as a jumpstart. The rules will help you explore different worlds and different campaigns without having to switch systems. If you want one set of rules and outstanding free support you should check out Elemental.
Click to expand...

Charles Dunwoody started playing and running RPGs with Advanced Dungeons & Dragons (before it was first edition) and is currently GMing the One Ring 2E. Currently, he freelance writes including articles for EN World and Geek Native as well as his first PDF adventure for Call of Cthulhu: Michigan Mythos: Fall Colors. He wrote a few articles for Dragon Magazine when it was in print, wrote a bit more for Mongoose’s electronic Signs & Portents, and was paid for a supplement for Bulldogs! (d20 version) that was sadly never published. Charlie is a participant in the Noble Knight Affiliate Program and the OneBookShelf Affiliate Program, both of which are affiliate advertising programs designed to provide a means for sites to earn advertising fees by advertising and linking to Noble Knight Games and DriveThruRPG respectively.
J

Thank you @Charles Dunwoody for the great overview! As one of the designers, I’m happy to answer any other questions about the game. Also, a quick heads-up: The Elemental core book is DriveThruRPG’s Deal of the Day…TODAY…and just went on sale now.

I really need to stop impulse buying every new game that gets a recommendation/review on the EN World homepage.

I'm a huge Savage Worlds fan, but I'm getting kinda' burnt out on that system. I see a lot of the same DNA in Elemental, but also a lot of interesting differences. Enough that I am happy to give this system a shot.

The Discovery Guide gives enough to get a feel for the mechanics... Including character gen.

A perfectly decent game from the look of it, albeit a little on the lightweight side for me.

Today at 2:27 AM
Whizbang Dustyboots