Khepera Publishing is creating a new GODSEND RPG. I caught up with Jerry D. Grayson to learn more about the latest take on his superhuman roleplaying game. I’ve interviewed Jerry about another Kickstarter he created as well as reviewed his work from Free RPG Day 2019 and his MythicD6 setting, Bastion. It’s nice to learn what drives him to create a superhero RPG that is closer in tone to The Authority than most RPGs on the market. 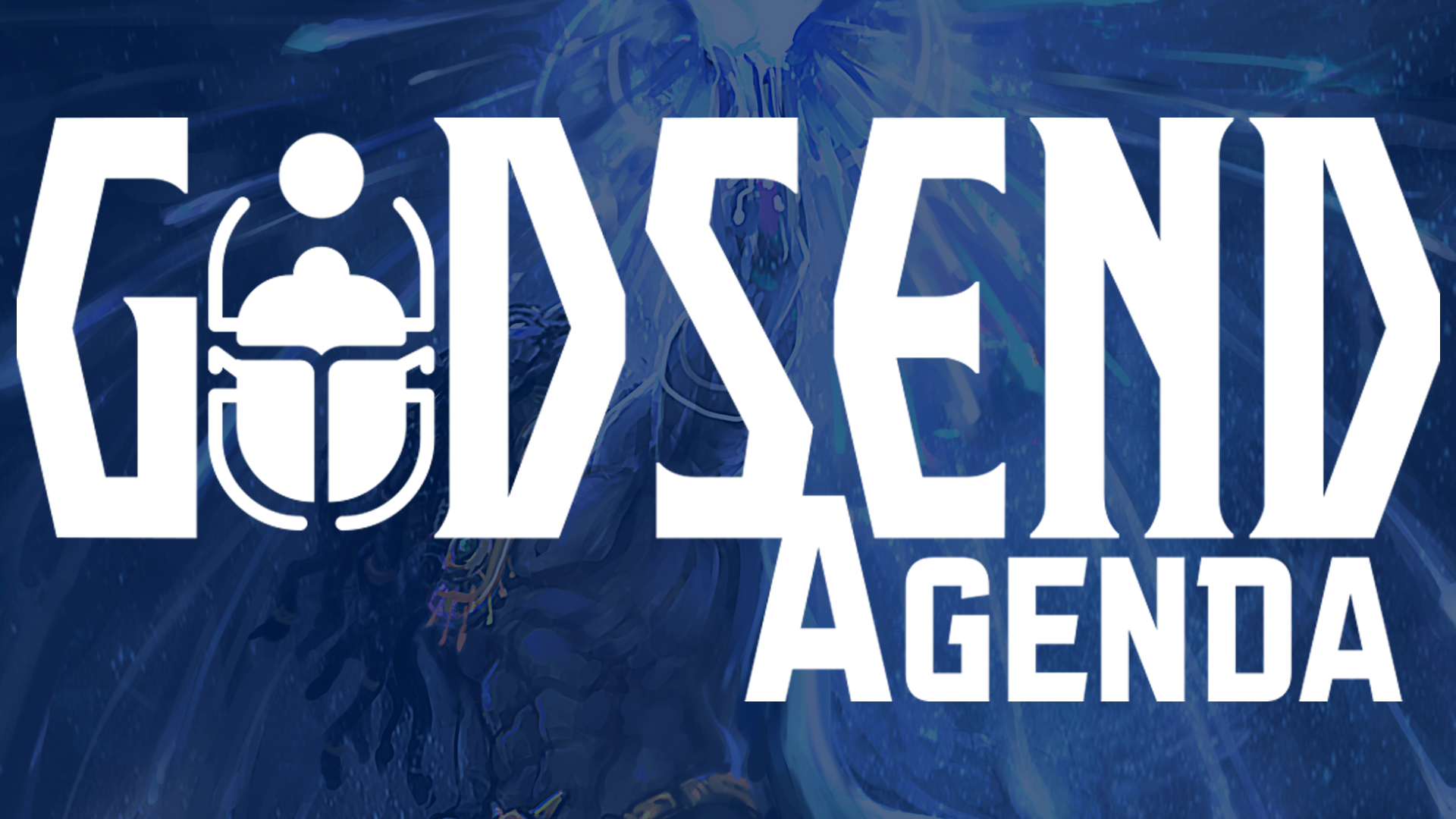 EGG EMBRY (EGG): Thank you for talking to me about GODSEND Agenda. GODSEND is one of Khepera Publishing’s most supported titles in terms of the number of books you’ve created. What are you kickstarting for GODSEND now?
JERRY D. GRAYSON (JERRY): This is a brand new edition that allows me to use all the things I've learned in the last twenty years. It's a fully realized expression of what I wanted GODSEND Agenda to be from the start; a way to enact change in the world. The GODSEND Agenda is a series of precepts used by aliens in the game to social engineer a world. When those aliens find themselves stranded here six thousand years ago, they use the agenda to set themselves up as gods and go about manipulating the world. This was in the background in previous editions, but now it is pushed to the front. Be the change you want and change the world for the better.

EGG: That’s a cool concept. To that end, you play as a near-god superhero, correct? Can you give an example of how each aspect influences the game?
JERRY: You play a superhuman. Sometimes alien, sometimes a post-human. It's a nuanced difference, but the game isn't necessarily about being a "superhero" in the way superheroes have been packaged. The game is superheroic. GODSEND Agenda is about having godlike powers and what you do with them to change the world- for better or worse. No one in GODSEND Agenda is interested in stopping bank robberies. Heroes in GODSEND Agenda are concerned with making a substantive change in the world and not protecting the status quo. Why defend and protect a broken system when you have the power to change the world the way you see fit? What do you do when you have the power of a god? Do you change the world for the better or just watch the world burn? 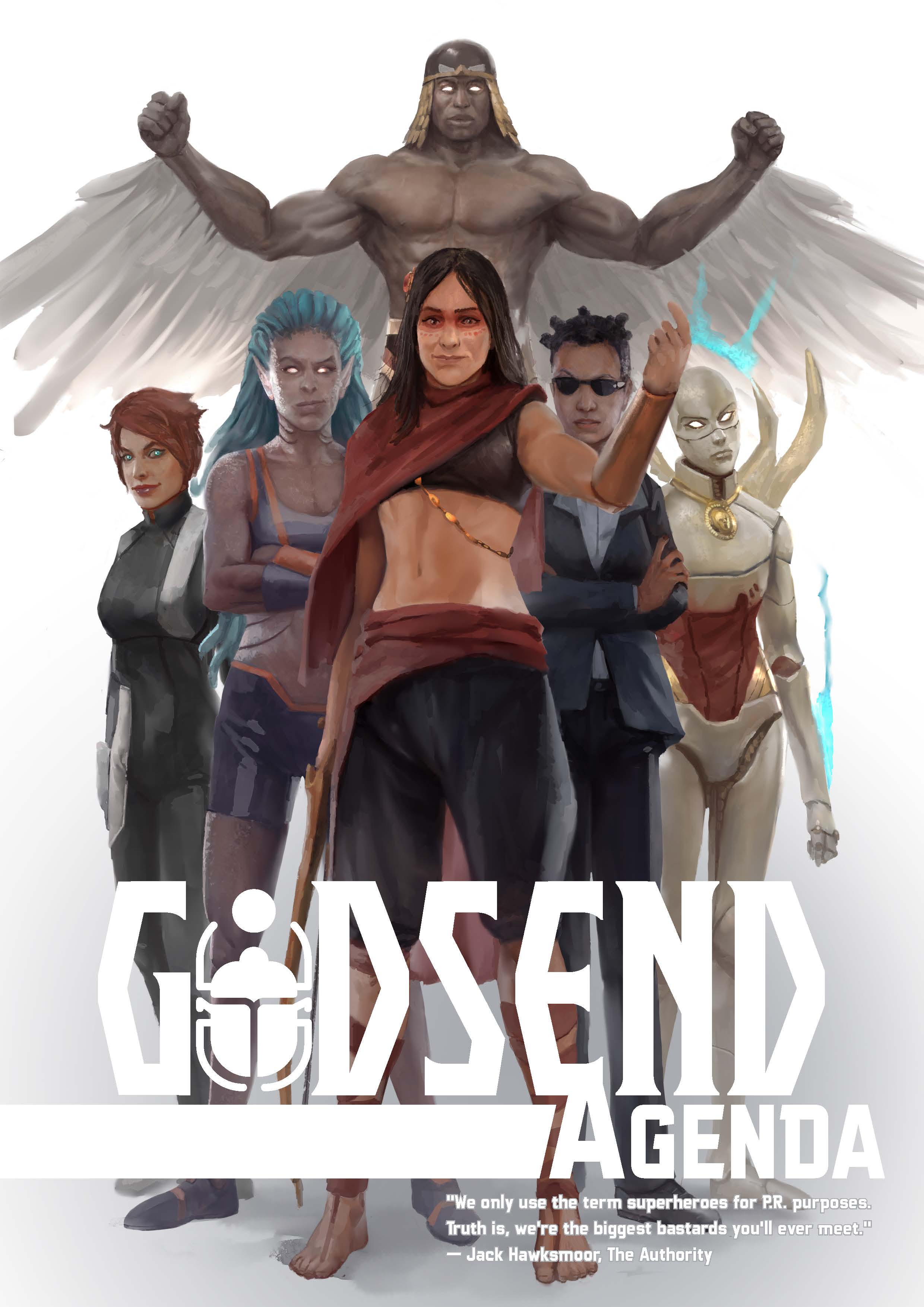 EGG: When does GODSEND take place?
JERRY: You can play the game in what we called Epochs. The default Epoch begins in 2010 in a world much like our own time but changed in different ways because of the superhumans and their advanced technology. For instance, people played online games in the 1980s and used their smartphones in 1990. Select an Epoch and start play. Different Epochs include the Age of Heroes 1452 BC, the Phantom Time of 666 AD, etc. In playtest so far, we've done 2010, 1452 BC, and even a 1600s pre-colonial America.

EGG: Who is working on this project with you?
JERRY: I have a lot of incredibly talented people working with me. Most have worked with me before on HELLAS and ATLANTIS. Kieran Turley, Dough Bramlett, Jaym Gates, Elizabeth Chap, Greg Stolze, Lenny Balsera, and Rose Baily have all made contributions to the game.

EGG: You’ve done this RPG for d20 and d6. What engine will this version use? Can you talk about its system?
JERRY: The Omega System using 2D10. Maybe in a few years, I will figure out how to use a D8 or a D12 with the game. (but I kid…or do I?). The system owes a lot to what you may have seen previously in games like HELLAS or ATLANTIS the Second Age, but is heavily influenced by Mayfair's DC Heroes- the best superhero game ever made! The system for GODSEND Agenda is extensive, not in terms of page count, but in what it sets out to do. Most superheroic games set out to find that imaginary "sweet spot" between Teen Titans/X-men up to Justice League/Avengers. This game turns it up to 11 and breaks the knob off. I'm aiming at Authority/Planetary level. I'm hoping someone will gut punch reality in their game.

EGG: The celebrity component of this RPG helps it to stand out from other superhero RPGs. Mechanically, how does the celebrity work?
JERRY: Renown is what every hero in the game has. You get Renown by doing extraordinary things. The more Renown, the more awesome your hero becomes. It's kinda like Hero worship in the game. The more "worship" is directed at you, the more energy – called Ka – you can channel. The more Ka you channel, the more remarkable things you can do. The more awesome things you do, the more Renown you get. Rinse and repeat. 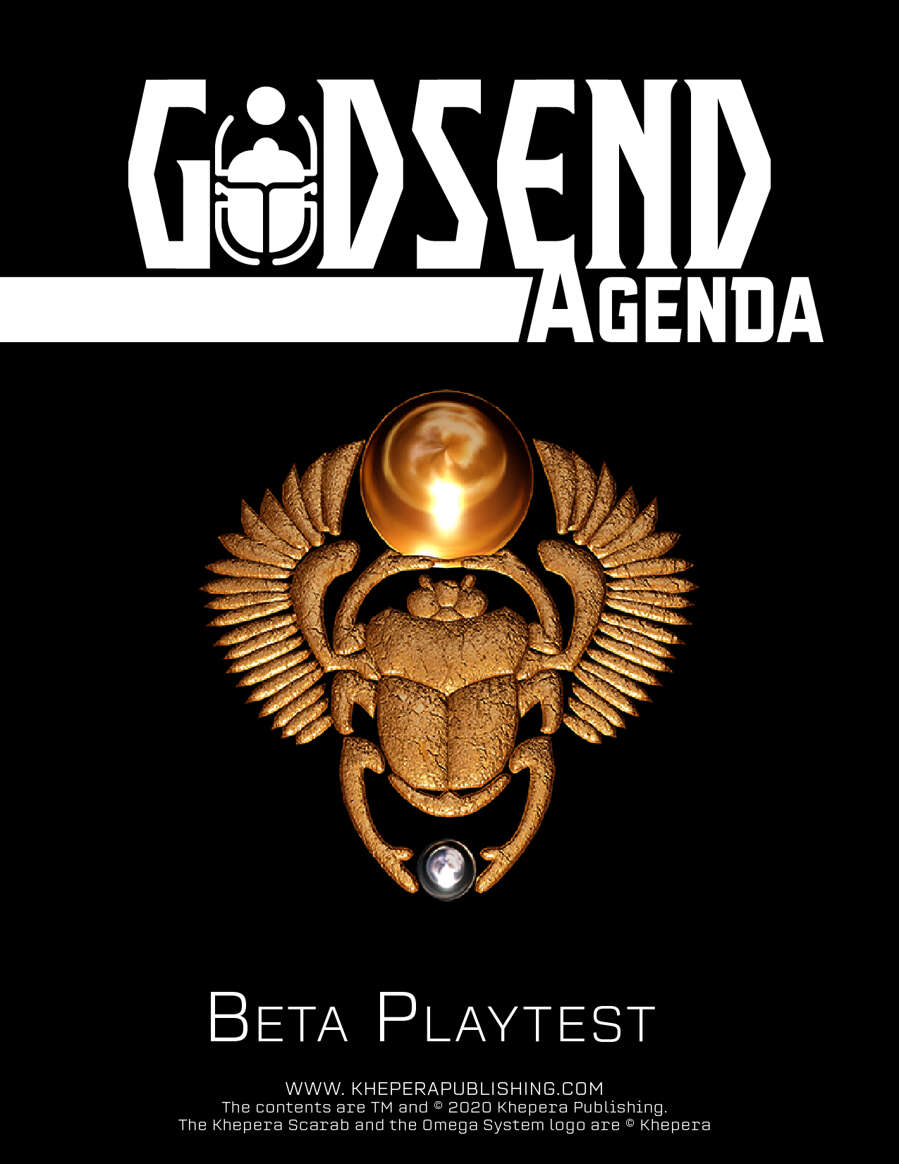 EGG: You did a GODSEND Agenda 3 Beta Test in 2020 and 2021. How has the feedback on that helped with this product?
JERRY: It's helped a lot. The Beta doesn't look like what we settled on. So many changes were made to focus the game and make it what I wanted. When I first published the game back in 2002, I didn't have the tools or knowledge to make what was in my head. I've evolved as a player and a design, and so have my games. This game reflects me today, and it's a lot different from what it was almost 20 years ago, and so am I.

EGG: With this Kickstarter, what can fans expect in terms of backer rewards?
JERRY: KISS, and I'm not talking about Paul, Ace, Chris, and Gene. No big over-the-top rewards. Just the book and the Apocrypha PDF. No crazy stretch goals or flamboyant over-the-top reward. I want the backers to help fund a book, not a circus tent full of useless tchotchkes—no bath balms with a GODSEND Agenda logo, no tea cozies, or gimmick dice. Just meat and potatoes… literal meat and potatoes with the GODSEND Agenda logo. That is a mechanic in the game. 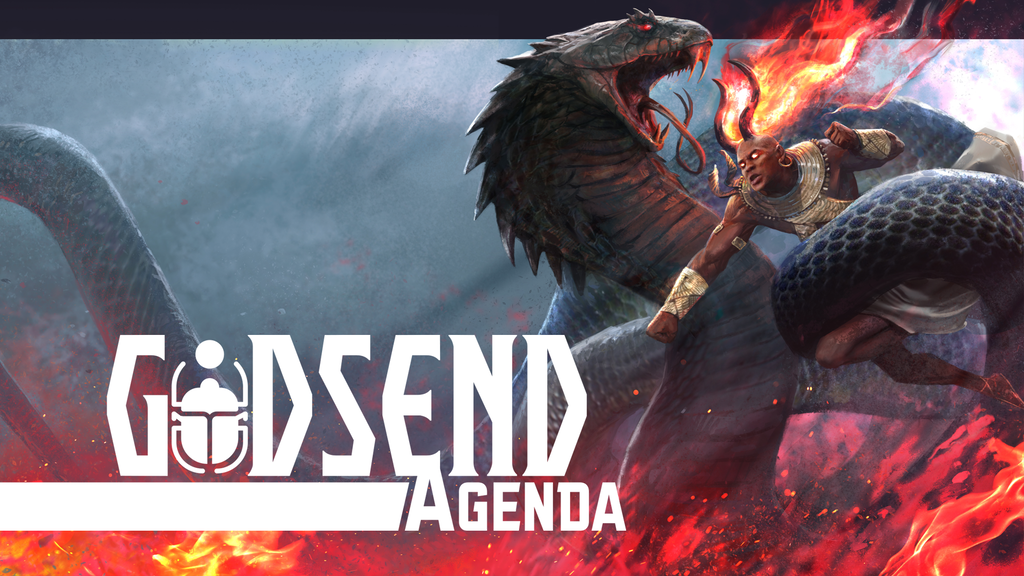 EGG: I like clean, well thought out campaigns. Beyond GODSEND Agenda, what else are you working on?
JERRY: ATLANTIS: the First Age. A superhero sword and sorcery game. A revised version of HELLAS and ATLANTIS the Second Age. A space opera called Orphan Star (my love letter to Alien Legion), and a few other things that are just developing ideas swimming around in that gray cyst I call a brain.

Thanks for this, I love Jerry and his creations.

I love the backgrounds that Jerry comes up with and I've been looking forward to this coming out for a while. The original Godsend Agenda had a lot of potential but that wasn't fully explored and the ruleset left a lot to be desired. It sounds as if the first issue will be more than solved, while I now have some hope for the second. I also liked a lot of what the Mayfair DC Heroes did even if it all looks a bit clunky and in need of revision now.

And hope for more Atlantis stuff in the future too? Atlantis: the Second Age is one of my favourite settings, even if I usually ended up running it with Barbarians of Lemuria. So much to look forward to after reading this.