Have you ever heard of a Duskling? 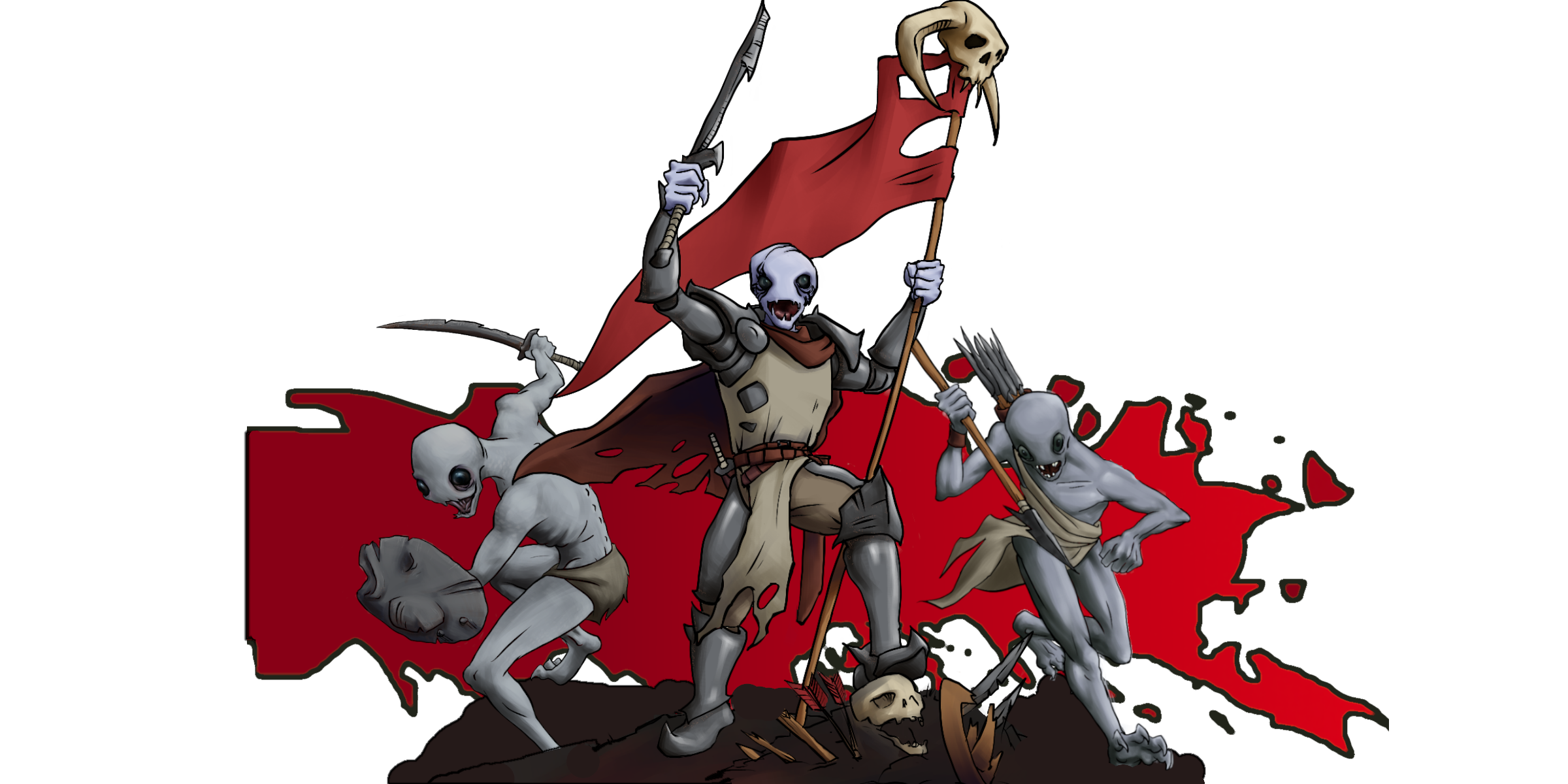 These are Duskings with a revolutionary attitude!
​

Dusklings are scavengers that live within the Dark Peaks. They work in kin-groups, with each member working towards that group's objectives. Some kin groups are based on farming edible fungus which lives in the caves of the mountain. Others are builder kin, trying to stop their homes from falling yet further into ruin. And some, like the ones above, are scavenger-kin - fighters and raiders who will take what they can from those around, and return it for the good of the tribe. Every kin-group knows that they are part of the whole, and without the whole, their whole society and species will fail.

What do you think? The art is by Gemma Dass, who is the head artist on The Dark Peaks. She and I worked together on developing their society into something which could actually exist underground, - and provide a decent enemy to any invading adventurers. We spent a while discussing their faces in particular - we wanted them to be human enough to carry expression, but different enough to express that they are not human and should never be mistake as such!

You can find out more about the Dark Peaks by downloading our first adventure, the Festival of Swords