I'd love your feedback on the AWFULLY CHEERFUL ENGINE! Kickstarter page

The AWFULLY CHEERFUL ENGINE! launches on May 18th. It's been nearly a year since I ran a month-long Kickstarter (I've run 11 2-week mini-quickstarters since Mythological Figures & Maleficent Monsters). I have 3 weeks to get this KS page perfect, so any feedback (positive or negative) would be really useful. This one needs to do well!

Part homage, all farce, the AWFULLY CHEERFUL ENGINE! is an irreverent, affectionate parody of pop-culture tropes and a love-letter to 80s roleplaying games in a new, modern comic-book sized format! It’s a wacky roleplaying game of action comedy! With a foreword by Sandy Petersen, co-author of the Ghostbusters RPG! 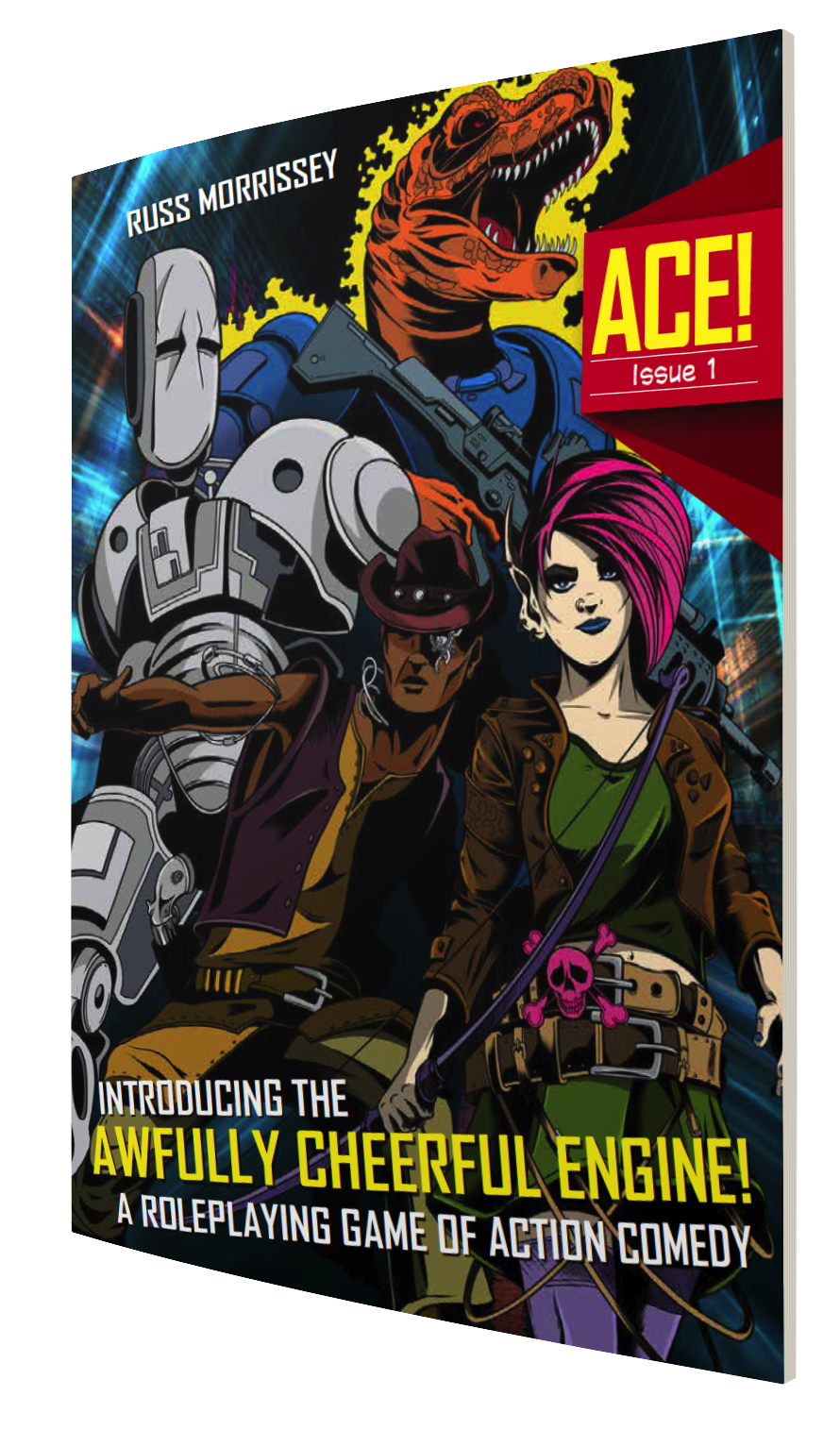 Looks great aside from, ahem, sketchnote-text font. I know it should look like a hand-drawn comic header but it does not. It's like Comic Sans, only worse. For comparison, please check Troubleshooters kickstarter page: 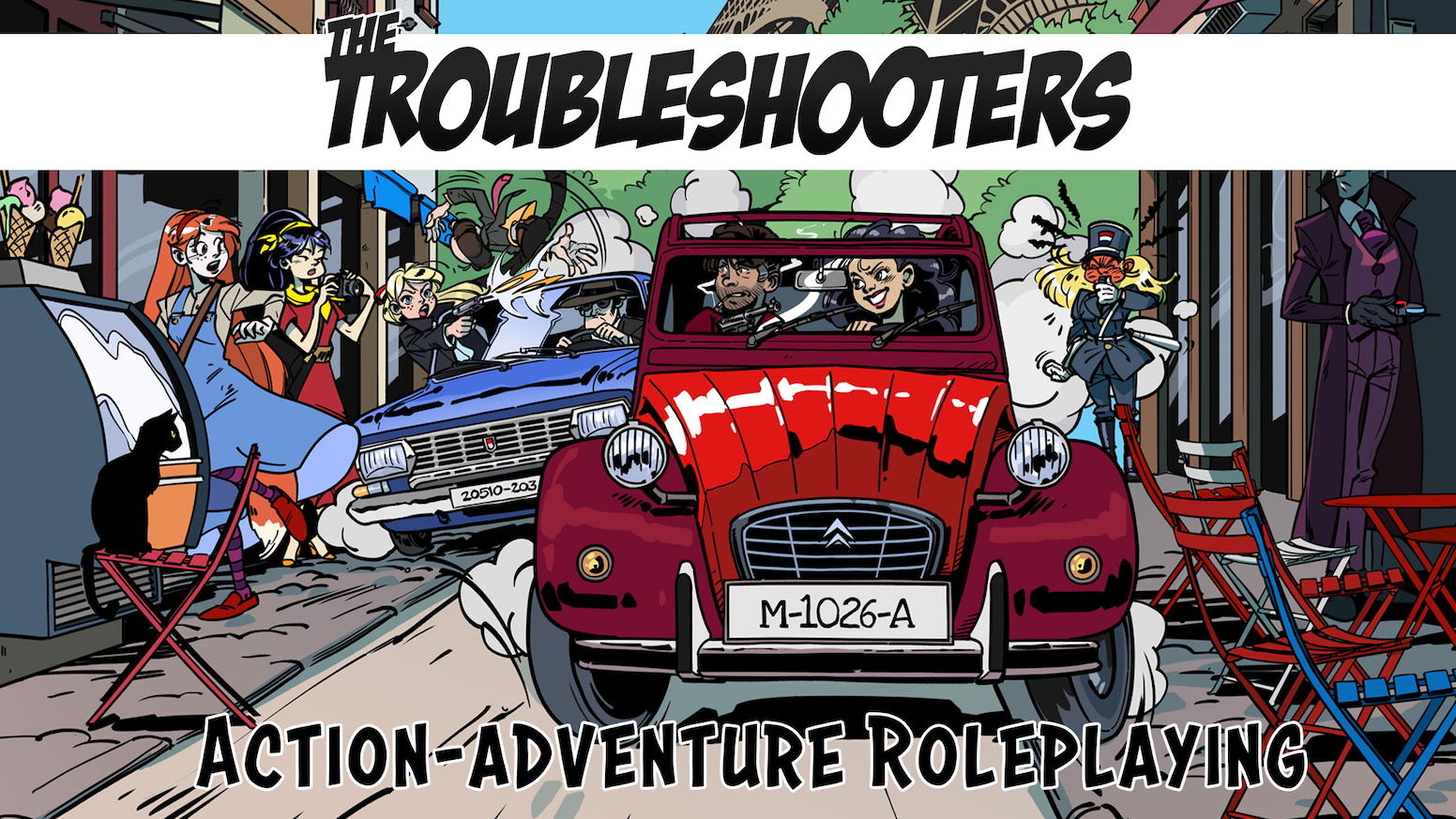 An action-adventure tabletop roleplaying game of international mystery, set in the 1960s and inspired by European comics.

www.kickstarter.com
The fonts there are bold, somewhat drawn, but regular and seem much more in sync with the content.

I've already given a big thumbs-up to this! A couple more don't hurt. :0

I am very much looking forward to this game. The original Ghostbusters is one of my all-time favorite rpgs and I have wanted to get a new copy since my copy was stolen along with my truck back in the late 80's or early 90's.

Rob Kuntz said:
I've already given a big thumbs-up to this! A couple more don't hurt. :0
Click to expand...

Three thumbs up? Are you finally revealing that Robilar has the legendary "Thumb of Vecna"?

TarionzCousin said:
Three thumbs up? Are you finally revealing that Robilar has the legendary "Thumb of Vecna"?
Click to expand...

Hah! Since "Vecna" was a scrambling of Jack "Vance" I would never imply that either, especially an esteemed writer, was all "thumbs". However I do feel that @Morrus and Team are on a great path with this one for reasons stated elsewhere. RPGS have culturally grown in awareness; and that lays furrows for many new seeds ro continue cultivating future crops. The market is ripe for a good introductory RPG, fun, funny, engaging, one not overrun with rules and that is instantly accessible. As a designer I've always stood when possible in the "less is more" camp that ACE bears from.

It looks good although the pricing made me wince. £10 for a 30-page pdf or £20 for a comic-sized print copy seems a bit steep. I'm sure you've done your costing homework but I think if I saw it in a games shop I'd probably put it back on the shelf. Before people jump down my throat with the "RPGs are undervalued" argument, I agree. This was just my initial reaction at seeing the KS page.

That foreword... is something else!

imagineGod said:
That foreword... is something else!
Click to expand...

All those years of failed sanity rolls and getting slimed have taken their toll on Sandy!

Staff member
So lots of updates and tweaks to the page, which is one week away from launch! Any last thoughts?

Do we get a free plastic toy with issue 1? I'm old enough to remember getting things with the first issues of 2000AD, and Starlord

The AWFULLY CHEERFUL ENGINE! Is Here!

Podcast #152: The Doctor Who RPG and Awfully Cheerful Engine with Dave Chapman

The Awfully Cheerful Engine! Unlocks Orcs & Oubliettes and BITE ME!