Interview with Jeremy Childrey about Cocaine and Alligators

Jeremy Childrey creates RPGs and releases them through Gordinaak Games. His RPGs use systems like Mothership and Troika! to create crazy imaginative settings and options aimed at adults. If you enjoy a bit of the weird and the wild, you may also enjoy Jeremy’s games. 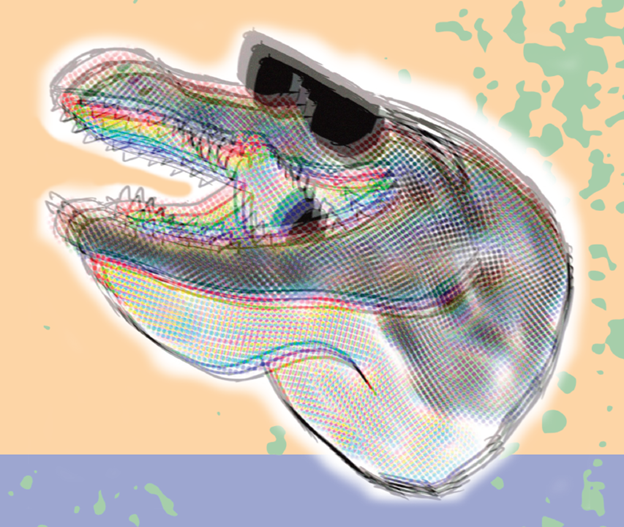 Charles Dunwoody (CD): Please tell us a bit about Gordinaak Games: where can gamers get your RPGs and what drives you to create RPGs?
Jeremy Childrey (JC): Gordinaak Games is the umbrella under which I publish my game content named after my flagship title Gordinaak. Gamers can grab my stuff at Gordinaak.itch.io for digitals, as for physicals you can find stuff at Tuesday Knight Games, Exalted Funeral, and Spear Witch. As far as what drives me, I’ve always had a lot of fleeting hobbies, but for some reason when I discovered RPGs it wasn’t fleeting. I’ve been enamored for close to a decade and now I love everything about writing, designing, and making accessories (dice and dice bags mostly) for RPGs.

CD: Gordinaak is mech busting gang warfare that funded well on Kickstarter. Please tell us a bit more about Gordinaak and how did the kickstarter experience go?
JM: Gordinaak is an entity that just happens to be a planet. He probably used to be pretty chill but after eons well... now he ain’t. Dude sends monsters and other crazy $#!+ to destroy the last bit of civilization living in his hide. Oh, and it’s a setting that uses the Mothership bones and adds some mechanics for classes, species and mechs. The kickstarter experience was pretty crazy, the amount of support well surpassed anything I ever expected. It was one of the craziest, validating, stressful, fun experiences of my life.

CD: I met you because of Cocaine & Alligators for Troika! that I covered as a new print release through Exalted Funereal. Please tell us a bit about C&A and how the process of getting it in print went.
JC: It was actually part of the Troika! Jam in April(?) I started about half way through the month and found Zeph Stiebler to do the art. We finished it including editing and layout in 15 days. A bit of time goes by and my buddy Jarrett Crader hits me up and asks if Exalted Funeral can take it to print and of course I jumped on it.

CD: What other RPGs have you worked on and any comments on Cocaine & Alligators?
JC: I have a few offerings on my itch page, I am most proud of Why is There a Wizard's Tower in this Dump which I co-wrote with my homie Matt House and had arted by Louis Puster III. It’s a crazy Nega Tower featuring THE MOST POWERFUL WIZARD YOU KNOW! Matt and I also have an official Mothership pamphlet coming out eventually as well. As far as comments on Cocaine and Alligators mostly just be careful with either of them and remember if you see a whole lot of either you're in for a wild time and some trouble.

CD: When you work on an RPG what matters the most to you? Story, solid mechanics, art, layout etc.?
JC: I think the most important part of RPG design is information delivery. Is the information easy to understand and is it organized in a way to facilitate that? Next is for sure layout and art direction for me. 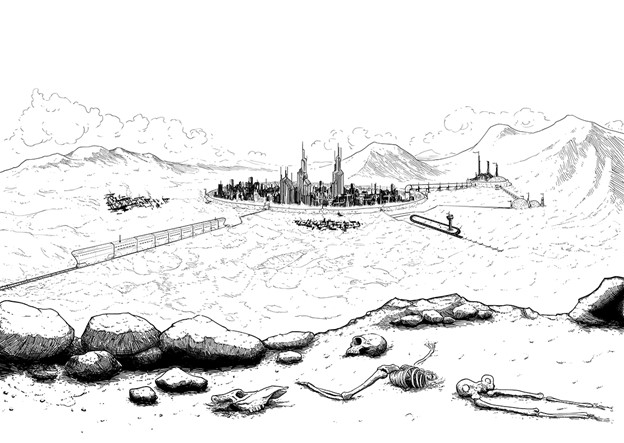 CD: Did your latest release of an RPG go well and are you currently working on any other RPGs?
JC: My latest release was Cocaine and Alligators and I’m still waiting to hear about the physical sales. I am not currently working on anything I can talk about RPG-wise; I am however doing the layout for the translations on a board game called Cryptic Explorers by Tempest Tome Games.

CD: If you had only three RPGs you could use going forward what would those be? And would you need the core book only or are you a supplement and/or adventure guy?
JC: If this is a desert Island scenario, I have been so ready for this question. My 3 RPGs would be DCC (Dungeon Crawl Classics RPG), Troika! and Mothership. The next part of the question is harder, because I wouldn't need the core books after some time of learning but I also wouldn’t need adventures if I could write my own content. So I’ll just wimp out and say, If I know the rules to all three perfectly, gimme some adventures homie.

CD: Many readers of EN World are D&D and Pathfinder players. What would you say if they asked why they should try one of your RPGs that isn’t d20?
JC: My RPGs aren't for everyone but if you like cool $#!+, explosions, crying in dark corners, or tentacle covered goo monsters maybe check me out.

CD: Any final comments you’d like to share with the readers of EN World?
JC: Get High, Play RPGs.

Charles Dunwoody said:
Yes. I'll make sure to add something like this to future interviews. Thanks for the feedback, it helps.
Click to expand...

I apologize if that came off as too critical. I reported for CBR.com for many years and I always wanted feedback like that, and often couldn't get any feedback.