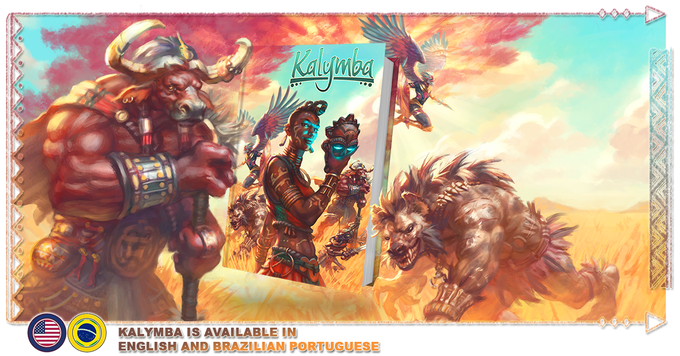 The English version of Kalymba RPG is about to fail its Kickstarter campaign. If you can still support it, please do!! A short description follows below.

What do you guys think about bringing to English other International games? The biggest Brazilian RPG is Tormenta.

In early 2000's, they converted it to d20, and it was a massive Brazilian hit. It was originally launched inside a monthly TTRPG zine called Dragão Brasil for multiple systems, than for their own system that cost less than USD 5.

In the late 2000's, when Pathfinder was booming and still had not been translated to Portuguese, they decided to create their own version of d20 (more inspired by SW Saga than PF). A decision I personally hated - the lack of compatibility with Pathfinder made it lost most of its potential to connect with other PF contents. The book became bloated with rules that English speakers would not use; if instead they had used that effort to translate the PF's SRD, at least it could have sparked other projects, and helped players that didn't speak English to connect with GMs that did. The game could be reviewed and spread more easily to d20 enthusiasts, maybe attracting people interested in licensing it. The chances of making success for being published in English would be much bigger, because PF had a massive fan base back then. It was such a loss of opportunity: I already had the setting in the older book, and other settings to use with PF rules - although I must translate myself pieces of content about the setting to my non-English speaker players (BTW, sorry about MY bad English...).

Worse, they did it again. Tormenta was the biggest Brazilian crowdfunding overall, not just games, when it was launched (it is still on the top tier list of most successful projects). It is one of the most played games on Roll20. But they, once again, decided to invest in their (now weirder) d20 version, instead of, once again, translate an SRD D&D 5th edition before the original was published in Portuguese. Same loss of potential to connect it to the rest of the world. If they launched a campaign to publish it in English, why would people waste their money in a d20 inspired game? Compare it to projects like Italian Bracalonia or French Fateforge. Such a waste...
​ 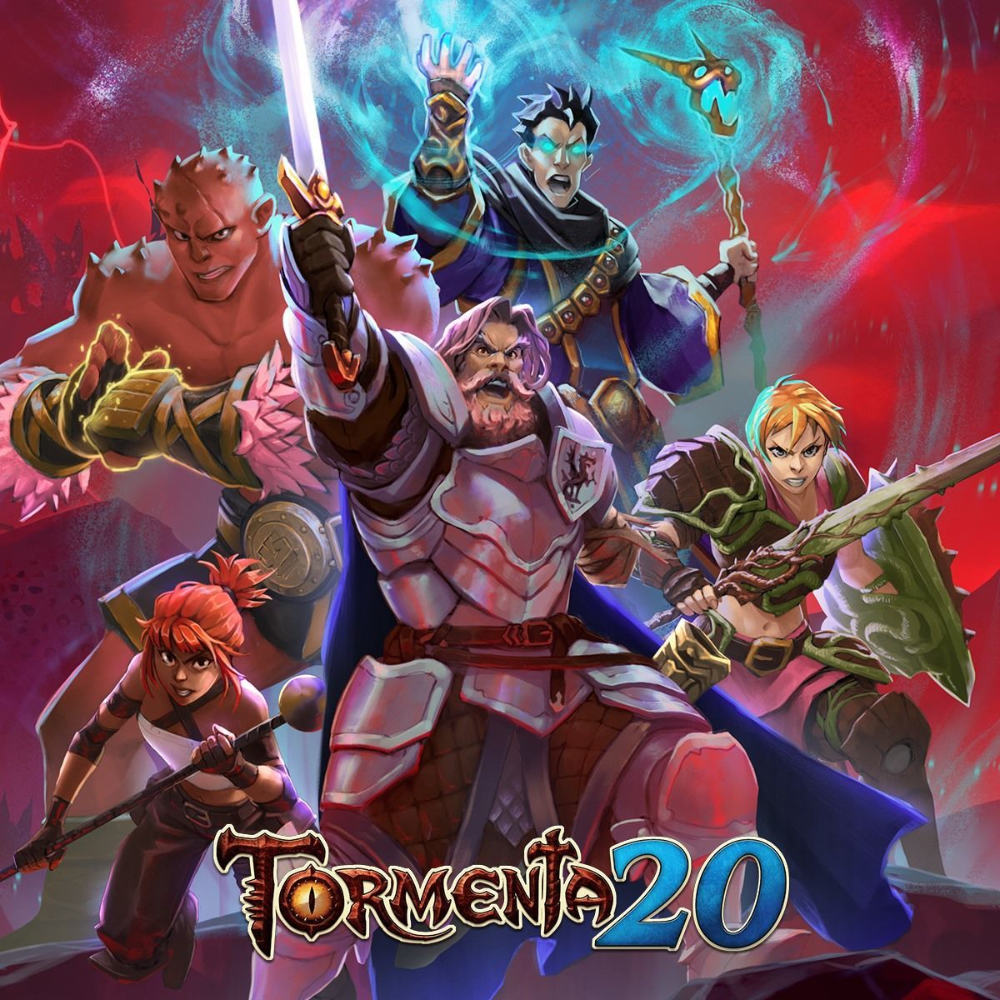 Anyway, Kalymba, is a non-d20 like Portuguese RPG which was successful in the Brazilian crowdfunding, but it seems to be a failure on its International version. I personally believe this is in part because of its lack of compatibility with 5th edition, OSR, Apocalypse, Fate, or any widespread open license systems.

It isn't a case against alternative systems. It is a case of how to connect regional success TTRPG to other audiences. I believe that, when you do this, you amplify your potential audience. Open licensed systems have this advantage: there are people interested in investing in new ideas to play, but don't want to engage in new systems they don't know, specially systems that is too hard to see English reviews or discussions about it.

Cubicle 7 made something amazing with the One Ring: published a 5th edition conversion (now in Free League hands). I am sure this brought the attention of more players that, after seeing the quality of their content, could eventually be interested in knowing the One Ring's native system afterwards.

So, I would like to open this to debate:

(1) If Kalymba or any other setting had been published in an open system (not necessarily 5th edition), would you make a pledge?

(2) Should regional or indie publisher do this conversion at all? I do not believe that changing systems ruin the theme of a game, but I know most people do.

(3) Are there cases of success that brake my argument apart?

You know, even being able to read the opinion of people from other countries is an evidence for me of how powerful it is to publish content in English: this post on Portuguese forums would have a limited amount of opinions.

On the other side, one thing I believe is that content published in Portuguese is of an immense value. I am an upper middle-class Brazilian, living in rich places with players that received good education, and I still have lots of problems with players that can’t read English. Imagine poorer and less educated gamers - our social inequality is absurd, so I know our group condition is way better than most.

That said, it's much more important to me if the project sounds interesting. I backed Kalymba because I want to support settings that don't get much publishing in the West.

That said, it's much more important to me if the project sounds interesting. I backed Kalymba because I want to support settings that don't get much publishing in the West.
Click to expand...


I understand. But what do you think would be the reaction of the public in general?

Igor Mendonça said:
I understand. But what do you think would be the reaction of the public in general?
Click to expand...

I don't pay attention to how being linked to D&D or Pathfinder makes people like something.

Hopefully someone else will come along.

Supporter
I don't think Kalymba's failure has anything to do with the system.

They have done no advertising. I wrote a post here and on rpg.net. i have contacted them on reddit and on the kickstarter page offering to help promote. They've only given a vague response once. They have only commented on their own kickstarter page 3 times. While the campaign is running.

I've never seen a team trying to make their project fail and it's frustrating. It looks like they have the product but don't want to sell it. And at this point I'm not feeling assured that they would put any effort in making the final product if it did fund.

So basically nothing to do with system and all about their professionality and attitude as a company.

I backed Kalymba, too, and am also disappointed it hasn't gained much traction. It looks to be a great game and beautiful book, and I was interested in it specifically because it's different to what I'm accustomed to.

As to your questions:

(1) I'm from the US and I did pledge. And I probably would have pledged if it was a more widely known or open system.

(2) Personally, I like other systems, especially light-weight ones like Kalymba's 2d6 system seems to be, so I don't think a conversion is really necessary. That said, it does look like it would be straightforward to convert to a more internationally popular system.

But I doubt changing the system would have made a difference for this Kalymba kickstarter. I honestly feel its main problem has just been a lack of advertising and engagement. I would never have heard about it except a couple mentions here on ENWorld. And then the people running it seemed to disappear! There have been no updates for a long time, which I think hurts them, because without that communication, even interested backers lose their energy.

(3) I'm not very in tune with the RPG industry, but I know there are a lot of unique games that have been successful out there. Coyote & Crow, for example, topped $1 million despite being a unique system; and it was driven largely because it's a fresh perspective from a culture rarely acknowledged in games. And of course there are many, many successful smaller projects that have nothing to do with well-known systems, or that are hacks of them.

Generally I feel that there IS a lot of interest in new systems and in settings founded on cultural ideas that are unfamiliar in wider international gaming community. The key to success is getting word out there, and then keeping potential backers engaged.

This is the first I've heard of Kalymba, so I think there was a problem of promoting it enough. For a project with a USD50k goal, the creators need to be aggressively pushing this project!

Another Portuguese-to-English adaptation, The Elephant & Macaw Banner, managed to reach its roughly USD10k goal last year, but I think that was a case of a smaller project with a more manageable funding target.

And it's true, if you're not using a well known game system, you should have lower funding expectations. USD50k is not a small amount.

Backers just heard back, and the team acknowledges they didn't advertise well and are promising to do another Kickstarter with a lower goal. They also say the entire team has been having problems, such as all but one getting COVID.

Igor Mendonça said:
​
The English version of Kalymba RPG is about to fail its Kickstarter campaign. If you can still support it, please do!! A short description follows below.

What do you guys think about bringing to English other International games? The biggest Brazilian RPG is Tormenta.
​

When it hadn't crossed 50% prior to the final 5 days, I decided not to back. I often wait to the final five for low-chance-of-play games. I've no issue with foreign designs, but what is PC in one nation may not be in another... and that impacts playability.

If it had been closer or had funded, I was going to get the PDF...

Shame Kalymba didn't fund; I knew of it and cursed tales, though I am probably in the minority, as I saw one of the creators asking advice in a group on facebook; plus I have Brazilian friends on there. Ultimately, I think it failed because not enough people knew of it, every successful RPG is pushed heavily, in my opinion.
1. I don't know if something being 5e or another open system would make me more likely to buy it, maybe though.
2. Whoever does it should know the system, though if one looks around, you can also hire people to do the conversion. I have seen it offered on the dtrpg publishers discord.
3. I do not. That does not mean that cases of success that would break your argument do not exist, they could. I mean, looking over the kickstarter, It looks real good, and I don't see why it shouldn't fund except mostly because it was not advertised enough.