Pinnacle Entertainment Group loves Pathfinder and Paizo's legendary Adventure Paths. We know you do, too, because we've seen literally hundreds of fan-made conversions of their amazing adventures over the years. So we decided to make it official and Paizo was gracious enough to let us play in their sandbox.

That means we're making Pathfinder for Savage Worlds AND an official version of the Rise of the Runelords Adventure Path!

Those who love the Savage Worlds game system can now play some of the best-selling, most-played, fan-favorite epic fantasy adventure tales in the entire history of the roleplaying game industry!

We're also super excited to bring you the Savage Worlds version of Paizo's first "Adventure Path," Rise of the Runelords. This epic, six-book saga takes Pathfinders on an incredible journey filled with deadly cultists, terrifying ogres, rampaging stone giants, and a final confrontation with...well, we don't want to ruin the surprise, but there's a big hint in the title! 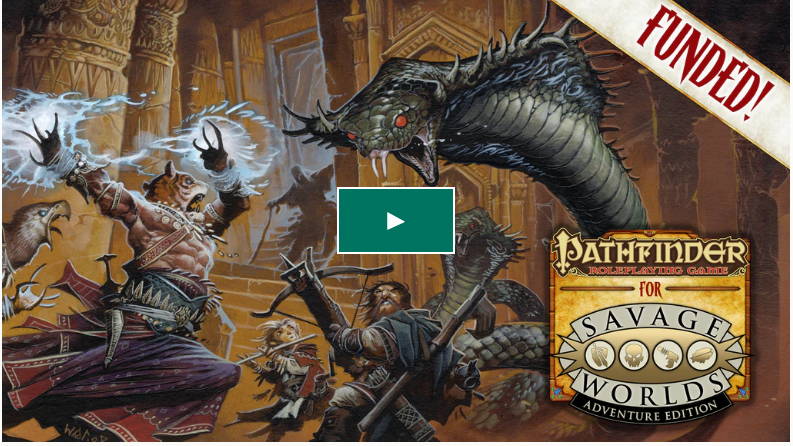 And for those fortunate to be financially able with the bonus paid by the government here is the big kahuna... 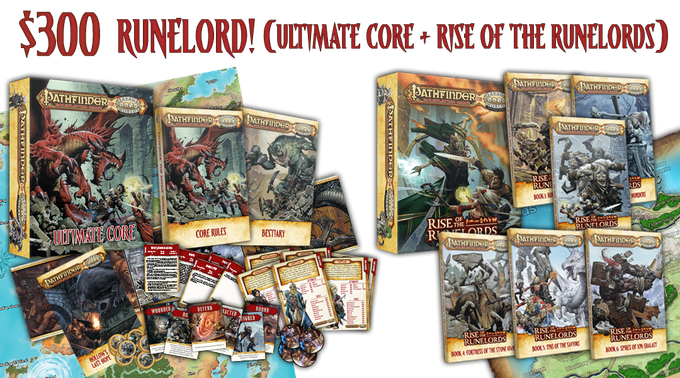 Staff member
Beat you by 3 minutes! I’ll close this one. 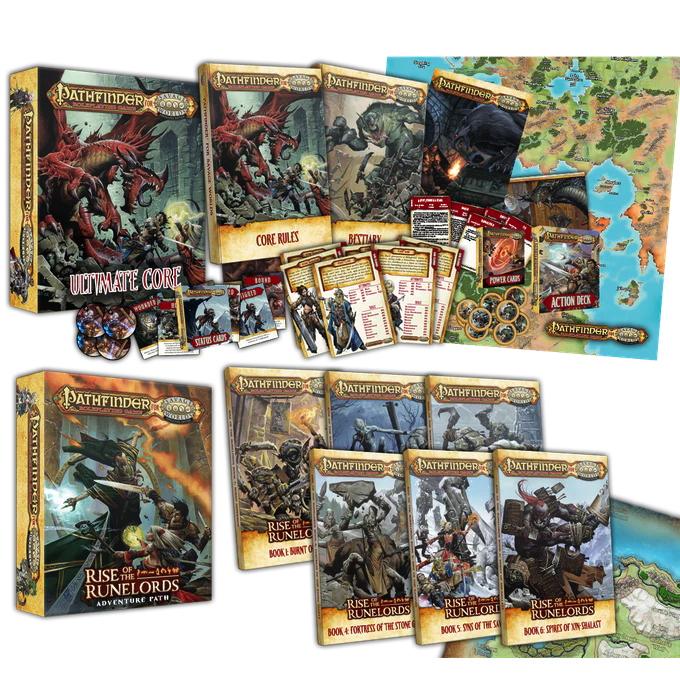 The Kickstarter for Pathfinder for Savage Worlds is live! It includes two boxed sets -- the Rise of the Runelords adventure path and a core rules boxed set which includes the Savage Pathfinder core book, a bestiary, and a ton of additional material...