Be on the lookout for our upcoming Kickstarter Project, but in the meantime, learn how to play the Iconic Adventuring System™ from Alea Publishing Group.

Iconic is a true deck building Tabletop Role-Playing Game designed by Joshua Raynack. In the video, we cover the basics of task resolution for the system. Basic task resolution begins by revealing one or more fate cards from the fate deck. 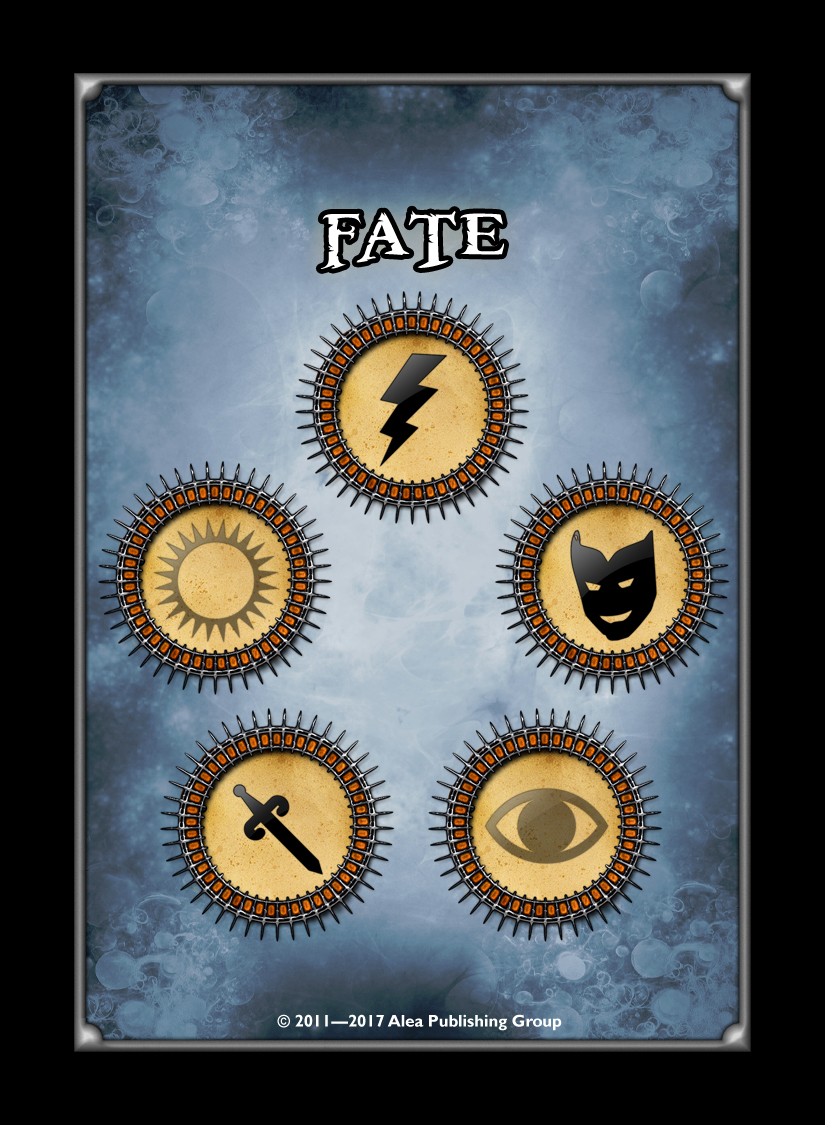 The darkened fate icons represent hindrances and obstacles, as well as the cards needed for success. For this task, a player needs to play a agility, charm, and strength card, to succeed. For each icon they can’t match, they lose fatigue off the top of their character deck. If fatigue ever causes a character to reshuffle his or her character deck, they gain a stress or wound card. Once you draw these cards into your hand, they make tasks difficult to accomplish.

Failing a task can also be rewarding. Aside from describing your epic fail, you gain an experience card. Second, the Game Master might decide you fail forward, taking the story in a new and interesting direction. Also Stress and Wounds cards, although not great, act as adrenaline, allowing you to lose more fatigue to avoid ill effects on future tasks. Of course, success has its own rewards.

Aside from detailing your epic triumph, you can gain quest cards and momentum. Momentum is a group resource that increases damage against shared opponents and aids to overcome challenges.
Last edited: Apr 5, 2022