The Lion-class Battlecruiser is now available at Drive-thru RPG in print and PDF as well as being available on the Independence Games webstore in PDF.

Designed to provide heavy support for independent cruiser squadrons, act as cruiser squadron flagships, to undertake escort duties and to engage in commerce raiding, the Lion-class battlecruisers of the Royal Navy are recognized as being the most modern capital ships in service with any national navy.

Taking advantage of TL13 innovations in Earth Sector, the 5000 tonne Lion-class battlecruiser is massive and armed to the teeth. This large ship stands ready to defend the British colonies and take the battle to those who would threaten their holdings.

Climb aboard the Lion and see why some call it the "King of Space". 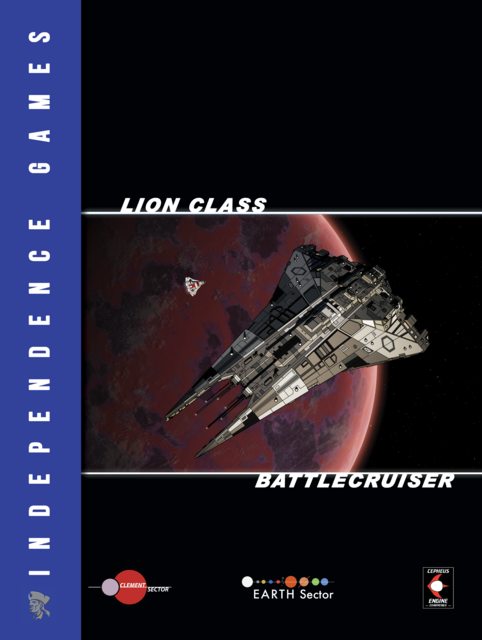