“We are lost, Zimaji. The stars are fallen, Ridef dims the light of the moons, and the gods have forsaken us. We know exactly where we are, but we are lost. And I fear this is the new way of things.”
-
The last recorded words of Qaestor Bede pos-Hadra before his disappearance

Dariush Gheyssarieh and Anthony Barajas, the two creators behind the new Side Quest Press, have launched a Kickstarter campaign to publish the Lost Lights Campaign Setting, a fresh new worldbook compatible with D&D 5e and Pathfinder 2e. The setting spans two primary continents: one is populated by scattered societies recovering from a millennia-long war between now-vanished celestial overlords, and the other dominated by a vast techno-theocracy trying to cope with the recent absence of gods previously known for their hands-on guidance.

Collectively, the creative crew behind Side Quest Press has played tabletop roleplaying games for over 40 years. A long-shared desire to create a setting influenced by the mythologies of our Middle Eastern and Latin American backgrounds led to the writing of Lost Lights, but the setting isn’t just another retread of real-world cultures masquerading as fictional ones. While our setting is inspired by these backgrounds, we’ve taken the opportunity to create something we feel is new and different.

After three years of writing, re-writing, and playtesting, Lost Lights is on Kickstarter so we can bring it to those who might be looking for the same new ideas and influences in their games. The content is all but complete, but the Kickstarter will complement it by taking care of the lion’s share of the art and production.

What’s in the book?
Beyond the worldbook itself and the trove of information about the world of Zoenn-Ridef, the campaign setting includes rules on how to play within the unique world of Lost Lights.

Lineages & Ancestries: A deconstruction of what RPGs have called “race.” Millennia-old Ahura and Daeva manipulation of the ancestors of Maenwar have created combinations of heritages seen nowhere else. Dwarven elves, merfolk vampires, and tiefling orcs abound.

Gaspunk Technology: Rules for the wondrous technology of Nadajarwei, including railways, firearms, automatons, and the Techmam powered armor worn by Arbiters of the One Church.

Class Options: Over 35 new archetypes and subclasses, such as the Soulwarden, Reis, Geomancer, Maqizici, and Tehuanatan. 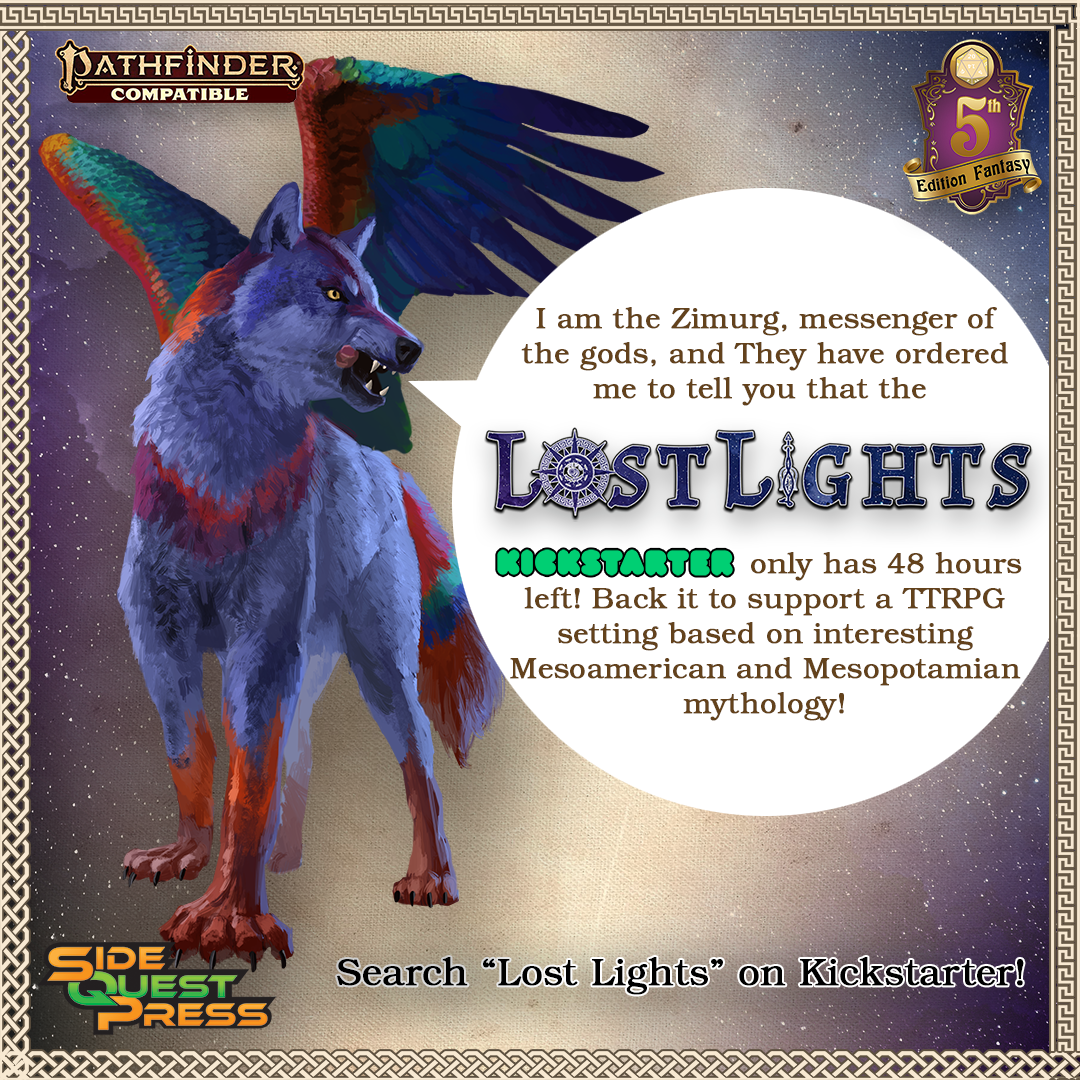