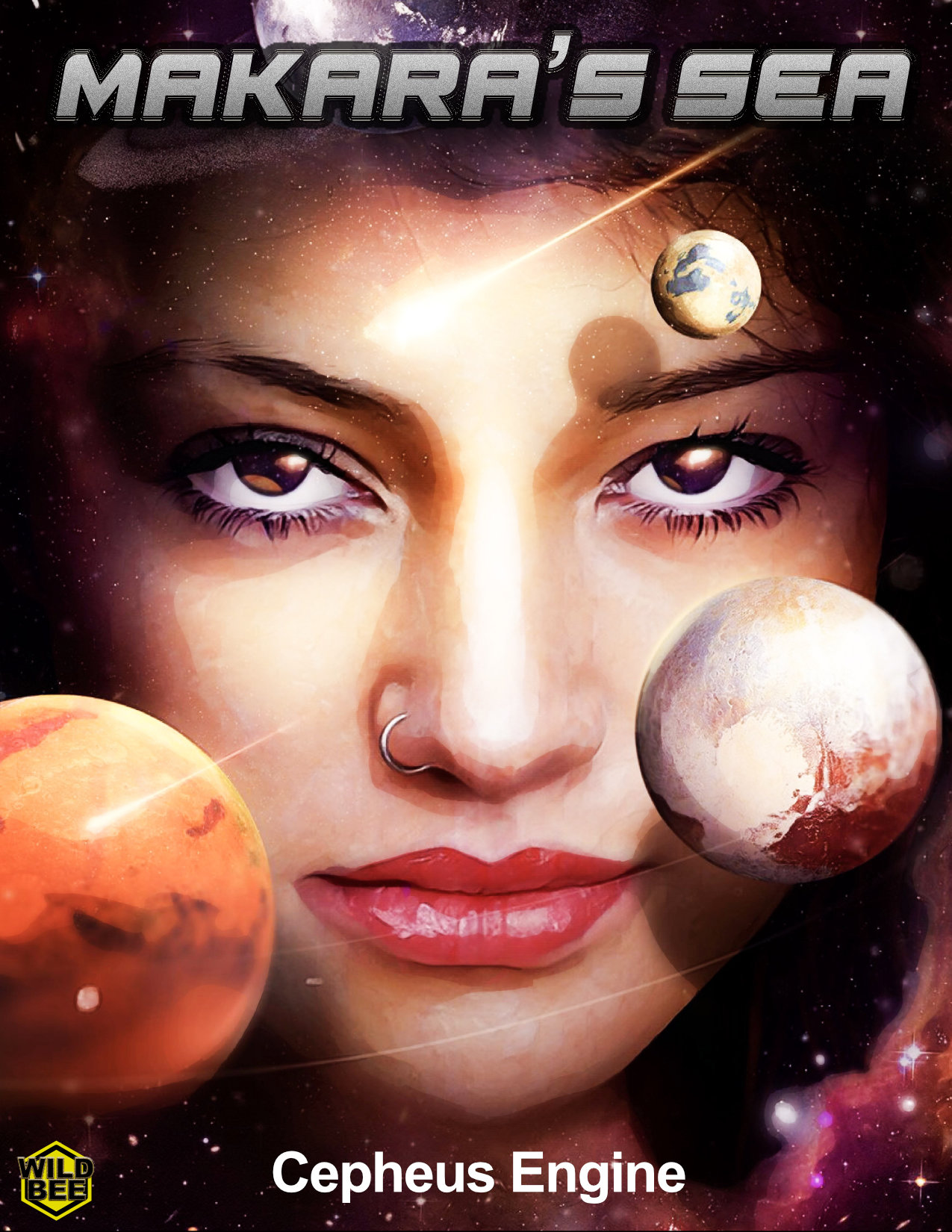 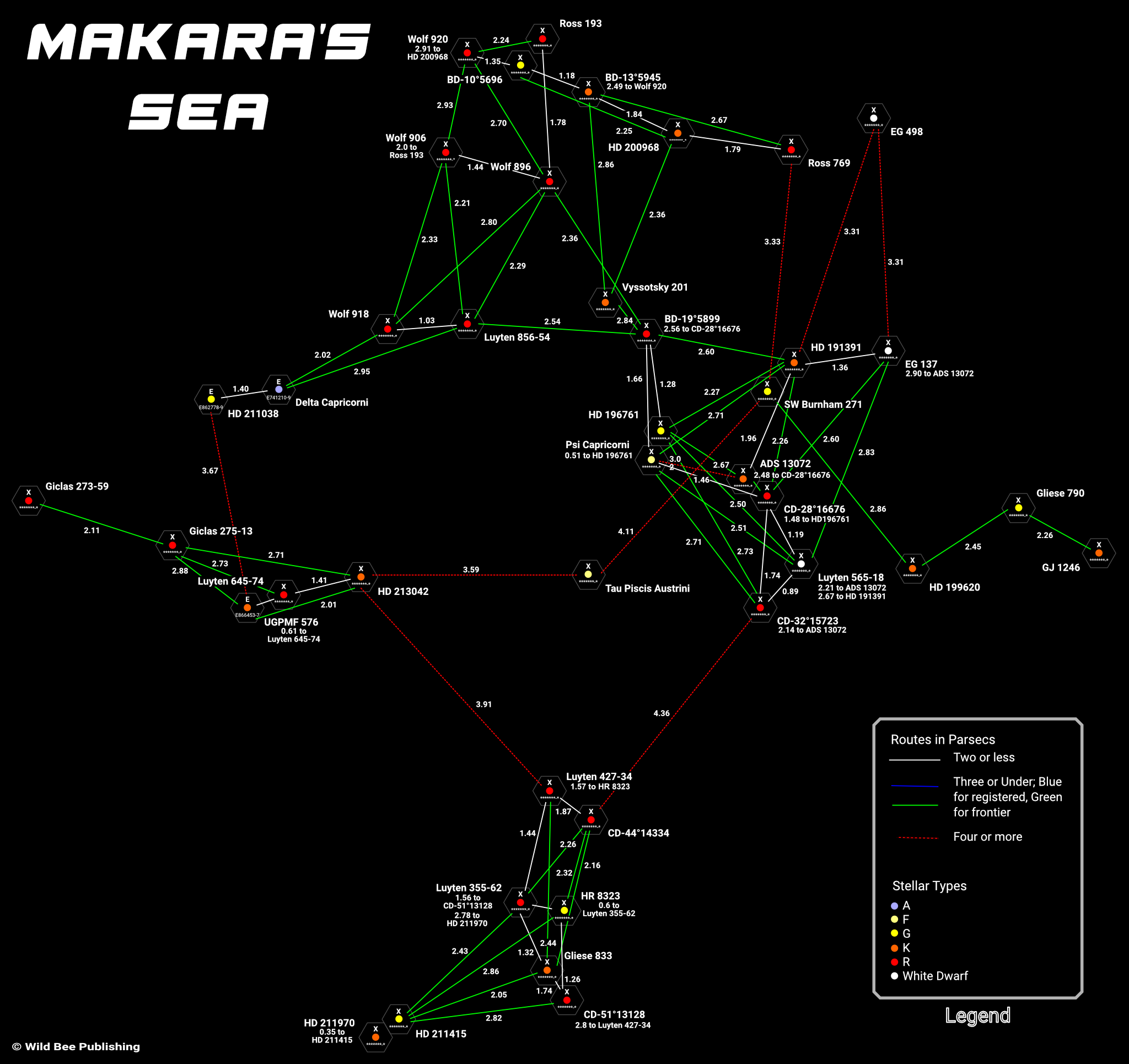 Makara's Sea - Forge ahead into the unknown on an adventure for the Solis People of the Sun universe. Included is a large map of Makara

Makara's Sea is a region of space in Capricorn, centered around Psi Capricorni, approx 15 parsecs (50 light years) distant. I also made an adventure where one takes a couple of "Exploration Frigates" and starting at Delta Capricorni, on the edge of human space, and makes a round about journey through the zone until getting back at UGPMF 576. Using random tables from the Cepheus Engine SRD, generate planets for a "planet of the week" sort of adventure, with high replay or solo play-ability.

Included is a large 300 dpi accurate map of the stars, and an encounter table, to be used in conjunction with the random encounters, and world generation in the Cepheus Engine SRD by Jason Kemp. While set in the Solis People of the Sun universe, it is a stand alone adventure, however if one wishes to locate it there, it is off the right hand side of Fomalhaut.