Graywalkers Purgatory Tabletop RPG is a new modern fantasy horror campaign setting now live on Kickstarter. It is set in a supernatural post-apocalyptic world wherein parts of Heaven and Hell had merged with Earth caused by an event called the Rupture. You play as a Graywalker, one of the 36 Hidden Righteous Ones, people chosen by destiny to protect and save mankind.

Think of the world as a modern post-apoc version of Ravenloft meets Mad Max meets Devil May Cry.

The Core Book will come in two versions: a 5E compatible one and our very own system called Weavemaster.

Check it out now on Kickstarter! 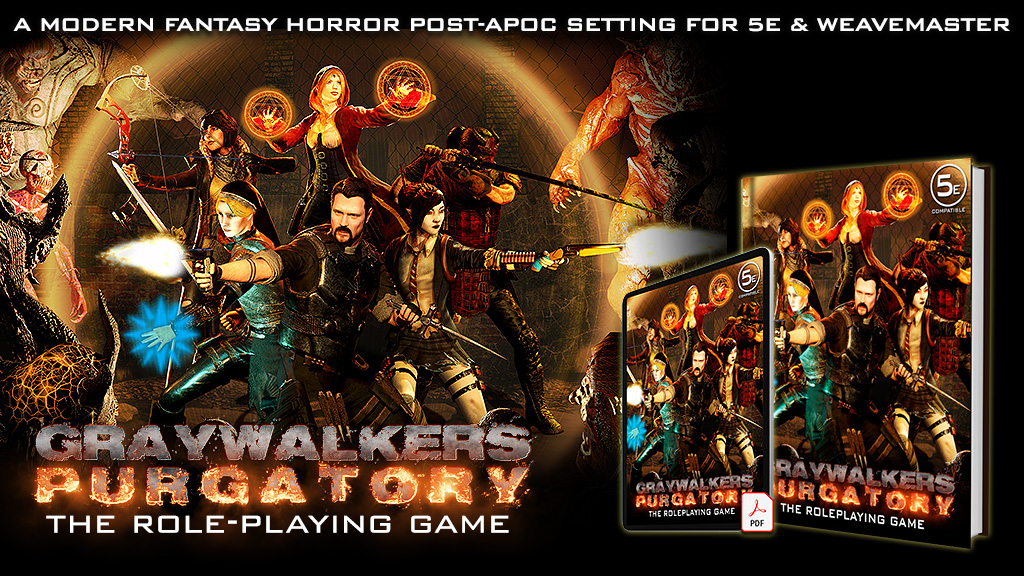 We just released our latest Update which is Character Creation Part 1. Check it out and see how we are handling character creation in this Modern Fantasy Horror RPG for 5E.