View attachment 96326​
While it’s no secret that the cast of Critical Role have extensive careers in voice acting, I don’t believe that they’ve ever worked on a video game under that banner. At least, until the announcement from Obsidian this Monday that the entire cast will play voices in Pillars of Eternity II: Deadfire. Not only that, but a tease was posted on the Obsidian forums that lists the characters each will be playing.

Matt Mercer will return to voice his role from the first Pillars of Eternity, Edér. In addition, the Critical Role dungeonmaster will also voice a new character, Aloth, a wizard from Aedyr and an old ally. Marisha Ray will voice Maia Rua, an elite sharpshooter with the Royal Deadfire Company. Liam O’Brien will voice Serafen, a psychic shiphunter who aids pirates in finding merchant vessels to plunder. Travis Willingham will voice Tekēhu, a marine godlike and watershaper who is also looking to enrich Huana culture and spearhead an artistic revival. Laura Bailey will voice Zoti, a half-meadow, half-savannah folk priestess who shepherds losts souls to the Beyond. Sam Riegal will voice Rekke, the sole survivor of a shipwreck who has no problems speaking his mind (even if it is in a language no one’s heard before). Ashley Johnson will voice Ydwin, an expert in the metaphysics of Eora and a practitioner of animancy. Taliesin Jaffe will voice Eothas, the god of light, redemption, and rebirth. Oh, and Liam O’Brien handled voice direction duties for the cast as well.

Pathfinder Second Edition news still continues to come out at an agonizingly slow pace as we wait impatiently for the playtest's Gen Con launch. Of course, if you need to catch up from the start, Morrus has helpfully compiled all the info released to date in the Pathfinder Second Edition Wiki thread. This week, we got our first preview of the updated Alchemist Class including a list of some of the class features and class feats. Earlier, we got information on some of the new Ancestries coming to the new edition, starting with the Goblin Ancestry (and Jason Bulmahn’s comments on the Goblin Ancestry. We also got a first look at Elves and Dwarves in the new edition, along with a lot of information on what will actually be included in the playtest book. The playtest won’t focus specifically on Golarion, but will treat it “the same way the AD&D 1e DMG sort of defaulted to Greyhawk”, implying that there will be setting-based examples to use as a frame of reference but not any in-depth lore. Different designers also went into detail on the approach Paizo is taking to playtesting. The Pathfinder Playtest Rulebook will be available on August 2 with a retail price of $44.99 for the hardcover and $29.99 for the softcover or as a free PDF download. The Pathfinder Playtest Adventure: Doomsday Dawn will be available in paperback for $24.99 as well as a flip-map multipack also for $24.99.

One of the biggest struggles in crowdfunding games is the high cost of international shipping. Shipping heavy paper across an ocean costs a lot of money, and there aren’t many solutions in place for companies or customers to reduce costs. One method some have turned to is fulfillment services in their region, which place bulk order pledges in order to reduce shipping costs. Unfortunately, there’s a risk as well, as some who used the Boarders Tabletop Game Studio have learned after the company has not delivered on promised shipments for several months. The premise for the company was simple: A customer in their Southeast Asian region would pay them for Kickstarter pledges for games such as Cthulhu Wars, Darkest Night, or Gloomhaven, who would then contact the game company in order to facilitate shipping, like a smaller version of wholesale warehousing. The complaints started earlier this year with several people getting their shipments late with a Facebook group starting in January for customers to keep track of who received what. Now things have gotten worse as, after inquiries from customers, a spokesperson for Roxley Games announced on Facebook on March 16 that the campaign for their game Brass received no group pledge from Boarders and therefore did not ship any games to the service as they themselves had not been paid. Other game companies confirmed that they did not have distribution deals in place with Boarders for the Southeast Asian region, but through other companies.

So far, police reports or official investigation requests have been submitted to authorities in Malaysia and Singapore, but there has been no official action taken against the company or any of its representatives yet. Until stronger regulation is in place, it’s always important to verify with a game company if a third party is offering any participation in a crowdfunding campaign, either by checking the game company’s official website or campaign page or by contacting them directly. 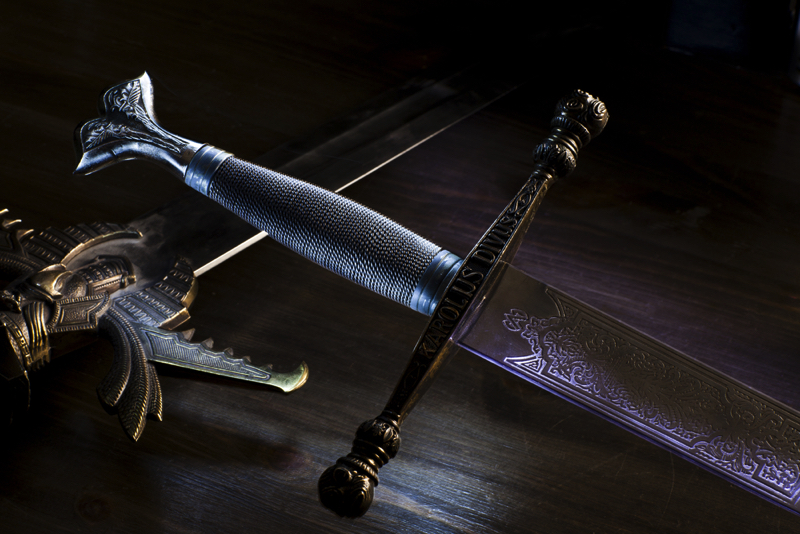 In case you haven’t seen them, Ari Marmell (Dungeons & Dragons, Vampire: The Masquerade) started a series of columns for EN World with tips and tools to expand the lore around the magic items in your games. There are options to add special origins, histories, and minor properties. The most recent is a list of interesting quirks to give magic items to make them more unique. While the rules are focused on Dungeons & Dragons 5th Edition, they’re general enough to be transplanted into any system to make that ring of protection +1 into something that helps expand your world and its lore, and make every piece of treasure feel more unique.

Humble decided for some reason that this is the perfect time to launch several new bundles and I’m not sure which one to talk about first. I guess I’ll start with the Gaming Comics Bundle from Titan Comics, which features digital copies of comics set in the worlds of Warhammer 40,000, Dark Souls, Dishonored, The Evil Within, Assassin’s Creed, and more. This bundle has a value of $197 with over sixty books total in support of the AbleGamers Charity until April 25. There’s also the Game Studies Bundle from MIT Press with a library of books on game design and game history. The books aren’t about coding or anything specific to video games, but focus on the history of games and general game design theory applicable to a variety of game design concepts. Of particular note are The Warcraft Civilization: Social Science in a Virtual World by Williams Sims Bainbridge about the cultures that evolve within games, and Uncertainty in Games by Greg Costikyan about probability and randomness in games from tabletop to video games. This bundle has seventeen total books with a value of over $400 benefitting Worldreader until April 23. And a bundle I shouted about constantly the last time it was around just came back, the Vegas Pro Discover Creative Freedom Bundle, which features all the software you need to pursue pretty much anything you want in modern digital media: Photo editing, music creation, sound editing, effects, graphic design, webpage design, and even video editing (seriously, do you know how hard it is to find a reasonably-priced video editing program?!) I cannot stress enough that this bundle is the best value I’ve ever seen if you’ve ever considered getting into podcasting, blogging, or YouTube videos. This bundle benefits Whale and Dolphin Conservation and runs until April 25.

The King is Dead is one of many new games that straddle the line between board game and roleplaying game, acting as the perfect entry vector for both audiences. The game itself is set as a conflict between factions trying to seize power and hopefully the throne itself in the coming civil war through plotting and scheming. The way you do this is by playing games, with each player getting a game of simple card games with different rules using your hand of cards. While the individual card games are rather simple, the interaction between them and the larger metagame (choosing which game to play against which other player or players) adds some depth and the ability to add some roleplay flavor to the game as you win, lose, or even trade territories from the randomized Map Deck. The PDF is available for a $10 pledge, while the boxed set is available for $25 and sets including custom decks for use with the game at higher levels. This Kickstarter is fully funded and runs until Wednesday, May 2.

Phil and Kaja Foglio have a long history with gaming, so it’s not surprising they went with Cheapass Games to bring the card game Girl Genius: The Works back with a new edition. Designed by James Ernest, the game is meant for two players as a base but more chaotic games can be played with more players. The game includes four different 60-card decks (though you just need one of them to play) where you take turns rotating and turning over cards in order to twist the clockwork device around to your advantage and hopefully set up disaster for the other players. You can get your choice of the four decks for $12, two for $24, three for $36, four for $48 (with a bonus Girl Genius “Funvelope” of goodies), or add a special playmat on top of that for a $60 pledge. This Kickstarter is fully funded and runs until Friday, April 20.

That’s all from me for this week! Find more gaming crowdfunding news by following our Kickstarter news tag, and don’t forget to support our Patreon to bring you more gaming news content. If you have any news to submit, email us at news@enworldnews.com. You can follow me on Twitter @Abstruse where I’ll probably be talking about Fallout since I finally got the A Tale of Two Wastelands mod working, follow Gamer’s Tavern on YouTube featuring videos on gaming history and Let’s Plays, or you can listen to the archives of the Gamer’s Tavern podcast. Until next time, may all your hits be crits! Note: Links to Amazon, Humble Store, Humble Bundle, and/or DriveThru may contain affiliate links with the proceeds going to the author of this column.

Regarding Pillars, Aloth is not a new character. Mercer voiced him in the first game, which he appears very early. The cast of Critical Role has a long history of voice credits in video games, including Shadows of War and Hearthstone. Johnson won an award for a horror game, I think it was The Last of Us. And so on. I believe the significance of this game is that it could be the first time that everyone from the show has worked together for a single project.

Jacob Lewis said:
The cast of Critical Role has a long history of voice credits in video games, including Shadows of War and Hearthstone. Johnson won an award for a horror game, I think it was The Last of Us. And so on. I believe the significance of this game is that it could be the first time that everyone from the show has worked together for a single project.
Click to expand...

Yes...that's what the first two sentences of the column said... They're well-known voice actors, and this is the first time they've worked together as a group as "Critical Role". As in that's how they're being billed and promoted, instead of as individual casting.

Abstruse said:
Yes...that's what the first two sentences of the column said... They're well-known voice actors, and this is the first time they've worked together as a group as "Critical Role". As in that's how they're being billed and promoted, instead of as individual casting.
Click to expand...