Hello everyone, Darryl here with this week’s gaming news! John Wick and 7th Sea going to Chaosium, Wizards of the Coast announces the announcement date for their announcement of the new campaign setting’s release announcement, new D&D board and dice games, Paizo has a new live stream, and more! 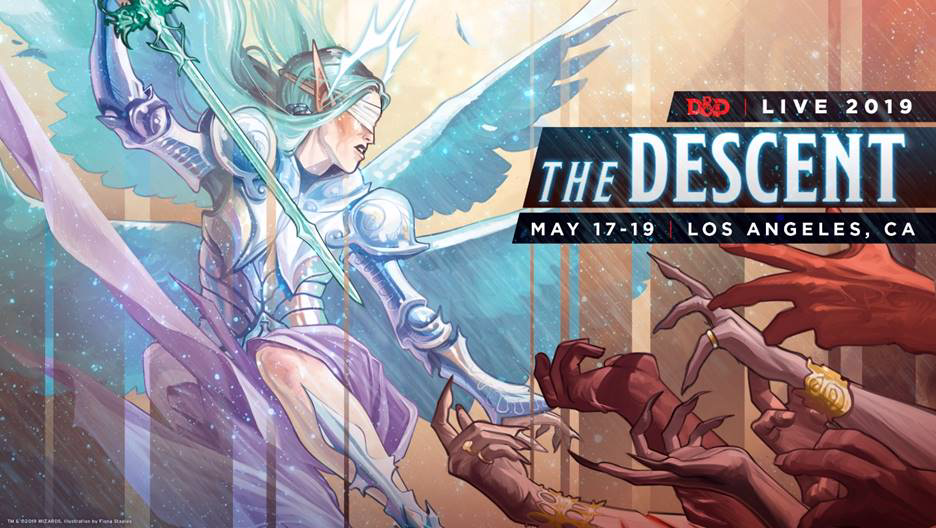 Wizards of the Coast announced their next big stream event, The Descent. The live stream will take place on Friday, May 17 at 4 PM Pacific time on the Dungeons & Dragons Twitch channel and last for three days with special guests all weekend including Matthew Lillard, Mica Burton, Anna Prosser, Patrick Rothfuss, and others including Wizards of the Coast staff like Chris Perkins, Jeremey Crawford, Kate Welsh, and more. Those in the Los Angeles area or are willing to travel can attend with badges for all three days at $300. Oh, and the next big hardback release will be announced as well. So far, the only hit is the stream title “The Descent” and the promotional artwork, which seems to imply something planar in nature. Planescape or a return of the traditional D&D cosmology? Feel free to speculate!

The Dungeons & Dragons brand on tabletops doesn’t end at roleplaying games as two new products have been released from WizKids. The next expansion to the Adventure System board game line has been released, Waterdeep: Dungeon of the Mad Mage Board Game. The game is cross-compatible with the other games in the line and is available in two sets, the standard with unpainted miniatures for a retail price of $79.99 and a premium edition with pre-painted miniatures for $159.99, both available now. Additionally, WizKids have added Dungeons & Dragons to their Dice Masters game with the new Adventures in Waterdeep Team Pack core set and the Trouble in Waterdeep campaign box. The campaign box acts as a starter set with more than a dozen characters with all components needed to play plus a custom dice bag, while the Team Pack can be added to the campaign box or to any other Dice Masters set as an expansion. Both sets will be available this September.

That’s not the only big news from WizKids, as they’re looking to expand into the realm of miniature terrain. The terrain set will allow you to create gridded maps in multiple configurations with an interlocking system to hold the tiles in place. Though tentative based on the GAMA Trade Show presentation, the Warlock Tile small box system is currently planned to include fifty 2x2 tiles plus doors, walls, corners, clips, and more plus a storage box for a retail price of $50, while the medium box will include an 8x8 tile, seventy-five 2x2 tiles plus accessories for $100. No release date has yet been announced.

Paizo is launching a brand new actual play live stream on their Twitch channel, The Oblivian Oath. The stream will be played under the finalized Pathfinder 2nd Edition rules and feature Jason Bulmahn as gamemaster, Gabriel Waluconis as the lizardfolk rogue Zel, Katina Davis as the gnome wizard Mykah, Sara Marie as the dwarf champion Carina, and Owen KC Stephens as the goblin sorcerer Qundle. The inaugural episode premiered last night on the Paizo Twitch channel and archives of all streams will be available as VODs on the Twitch channel as well as uploaded to the Paizo YouTube channel on their own playlist.

Friend Computer has allowed me to tell you that the tabletop roleplaying game Paranoia is making its way to video game fans. Those of Red Clearance and above are allowed the knowledge that, later this year, Paranoia will make its way to the Xbox One, Playstation 4, and PC from developers at Black Shamrock and Cyanide Studios (who made the recent tabletop-adapted Call of Cthulhu game) and publisher Bigben Interactive (Sherlock Holmes: The Devil’s Daughter, Warhammer: Chaosbane, Blood Bowl: Death Zone). I have also been authorized by Friend Computer to inform you that this game will be available later this year, though a specific date and price has not been authorized for your clearance level. 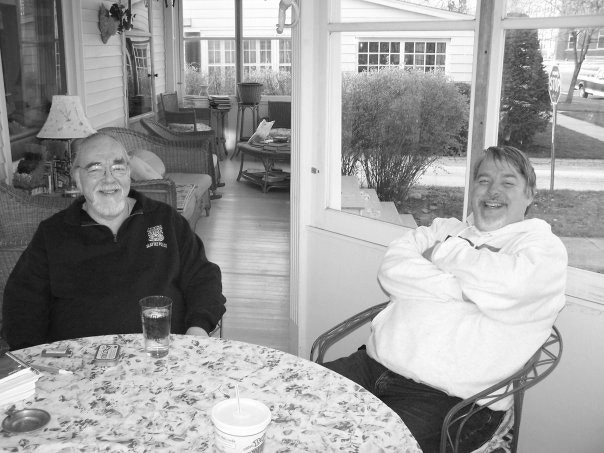 As you may have noticed from my YouTube channel, I have an interest in the history of our hobby. And nothing makes me happier than the people who were there in the early days sharing their knowledge of the industry unfettered by intercompany politics or other matters influences statements. Which is why I am so glad that James M. Ward has decided to share his incite on his time at TSR, stating with his initial meeting with Gary Gygax and introduction to Dungeons & Dragons. More of these stories are to come, so be sure to keep an eye on the frontpage here at EN World.

The Classic Video Game Bundle isn’t quite what it says, as it’s not a bundle of classic games but of books exploring that those games meant to the industry. Presented in “documentary format”, this series discusses the development history of games like Balder’s Gate II, World of Warcraft, Metal Gear Solid, Kingdom Hearts, and more. And I frequently post these game development bundles but I want to reiterate how useful they can be even if you aren’t a game dev. The 8 Bit Pixel Game Dev bundle features pixel art, sound effects, and other assets that are obviously useful if you’re a game developer, but just as useful for those who aren’t making games. The sound effects and music assets frequently have licenses allowing them to be used in podcasts and videos, and the graphic sprites are perfect for use in virtual tabletops like Roll 20, Fantasy Grounds, and others.

Monte Cook Games crowdfunding efforts seem to attract people no matter what, but Arcana of the Ancients is particular because of how much it includes. Not only is this Monte Cook’s science fantasy take on the D&D 5e rules, but (thanks to stretch goals) this is also the chance to explore the word of Numenera using D&D 5e rules. The PDF is available for a pledge of $20, the hardcover for $50, and $60 for the hardcover and every PDF unlocked in the campaign. This Kickstarter is fully funded and runs until Friday, April 12.

I love projects that are exactly what they say on the tin, and Tavern Encounters is exactly that. We all know that “you all meet in the tavern” is the cliché of gaming. Hell, I created an entire personal brand around it with Gamer’s Tavern. But it’s a cliché for a reason because of our culture’s long history with inns and taverns as cultural centers. So why not use that history to your advantage with this set of tools including encounters, menus, maps, and more? The PDF of all the adventures and tavern generation tools is available for $21 and the softcover is available for $40. This Kickstarter is fully funded and runs until Sunday, April 7.

With the number of companies making minis out there these days, it’s strange to find a niche that hasn’t been addressed. But what about miniatures for zombie halflings? The Halfling Undead Kickstarter is another of those “exactly what it says on the tin” projects that has 28mm scale metal figures of various halflings…who are undead. Because why should the humans have all the zombie fun? One mini is available for a £4 (about US$6) pledge, two for £6 (about US$8), all eleven of the men or the women (your choice) for a £25 (about US$33) pledge, and the full set of all twenty-two minis for £46 (about US$60).

That’s all from me for this week! Don’t forget to support our Patreon to bring you more gaming news content. If you have any news to submit, email us at news@enworldnews.com, and you can get more discussion of the week’s news on Morrus’ Unofficial Tabletop RPG Talk every week. You can follow me on Twitch to see more of Thela Iwidia, Chiss Jedi Knight in Star Wars: The Old Republic, subscribe to Gamer’s Tavern on YouTube featuring videos on gaming history and gaming Let’s Plays, or you can listen to the archives of the Gamer’s Tavern podcast. Until next time, may all your hits be crits! Note: Links to Amazon, Humble Store, Humble Bundle, and/or DriveThru may contain affiliate links with the proceeds going to the author of this column.

Oooh I like the idea of the Warlock Tiles. I love my Dwarven Forge stuff but it's quite a pain to haul around, and the Dungeon Tiles are a bit too flimsy/slippery for use without additional support. This looks like it fills a niche in my collection. Very excited to see more!

lowkey13 said:
On the third hand, I don't want Friend Computer to know about my third hand.
Click to expand...

Thank you for your cooperation.