Paizo announced their release schedule for Pathfinder 2nd Edition and it’s a heavy launch catalog. The Pathfinder Core Rulebook (standard hardcover $59.99, deluxe hardcover $79.99), Pathfinder Bestiary (standard hardcover $49.99, deluxe hardcover $69.99), Age of Ashes Adventure Path first volume Hellknight Hill ($24.99), stand-alone adventure The Fall of Plaguestone (softcover adventure $24.99, flip mat $14.99), setting update book Lost Omens World Guide (hardcover $36.99), GM screen ($19.99), magnet dry-erase initiative tracker Combat Pad ($24.99), character sheet pack ($14.99), and 110-card deck Condition Cards ($22.99) will all be available for purchase on August 1, 2019. The books are available for pre-order from Paizo’s website at the retail prices listed above. The deluxe editions will be the same books, but with a red embossed faux-leather cover. So rather than the expected Gen Con launch, it looks like Paizo’s pushing to have the books in players hands a bit before the industry’s largest convention. And as a teaser for what’s in store, Paizo also posted a new video with chief creative officer Erik Mona and artist Wayne Reynolds discussing the evolution of the Pathfinder Iconic character Amiri.

So the Fallout video game franchise has, since its creation, always been just one step to the side of the tabletop RPG industry. The original game was meant to be a licensed GURPS game called Vault 13: A GURPS Post-Nuclear Adventure until creative differences between the Interplay team and Steve Jackson Games over the level of violence caused the two to split. In 2007, a licensed OGL D20 System book for Fallout based on d20 Modern was announced from Glutton Creeper Games, but this got caught up in the legal struggles between Bethesda and Interplay and forced Glutton Creeper to remove all the Fallout IP and create a new (and very similar) world for the game they renamed to Exodus Post Apocalyptic RPG. But ever since the announcement of Fallout: A Post-Nuclear Board Game from Fantasy Flight Games and the miniature skirmish wargame Fallout: Wasteland Warfare from Modiphius, there’s been speculation that we may – finally – get a proper tabletop RPG for the legendary video game series.

The result? We’re getting two.

Modiphius announced that they will be releasing two new tabletop roleplaying games based on the Fallout series. The first will be released this summer and will be a narrative expansion of the Fallout: Wasteland Warfare miniatures game and will most likely be a far more “crunchy” and tactical experience. This expansion will require the Fallout: Wasteland Warfare miniature game to play, though based on the description, this will be a bit more than just an extended campaign mode and an actual RPG game. However, if you want a game that isn’t tied to a miniature wargame, Modiphius also announced for release in 2020 a “more traditional” tabletop RPG using the 2d20 System also used in games like Star Trek Adventures and Conan: Adventures in an Age Undreamed Of. No pricing information on either system has been announced yet, but the roleplaying expansion at least will have three releases: a standard edition, a deluxe “Vault-Tec” collector’s edition, and (available this Fall/Winter) a starter boxed set which includes the miniature starter set and the narrative expansion in a single package. 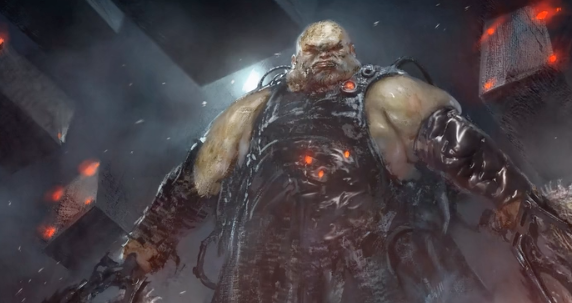 That wasn’t the only big announcement from Modiphius this week, as they announced a partnership with Iron GM Games to distribute the Grimmerspace campaign setting for Starfinder. This is the setting announced last year with development from industry veterans Lou Agresta and Rone Barton along with actors Sean Astin and Wesley Snipes. According to Rone Barton in the comments of the EN World article, Wesley Snipes is no longer involved in the project as, after a deal was set up with a third party, Snipes never returned a signed contract despite repeated attempts to get in contact with him. However, the Lord of the Rings and Goonies star Sean Astin (#JusticeForBob) is still involved in the product, which will have a Kickstarter launched in May 2019.

ICv2 released their quarterly sales reports for hobby channel markets for Fall 2018. While the charts for Collectible Games, Board Games, Card/Dice Games, and Miniature Games contain few surprises, the chart for roleplaying games had some shocking developments. For the first time since its launch in 2009, Pathfinder is no longer in the top 5. The list (in order) is: Dungeons & Dragons (Wizards of the Coast), Legend of the Five Rings (Fantasy Flight Games), Star Wars (Fantasy Flight Games), Starfinder (Paizo), and Vampire: The Masquerade (White Wolf). The most likely explanation is that, despite a still-active release schedule, the arrival of Pathfinder 2nd Edition this summer has cooled interest in the first edition of the game and its remaining adventure path and campaign sourcebooks. 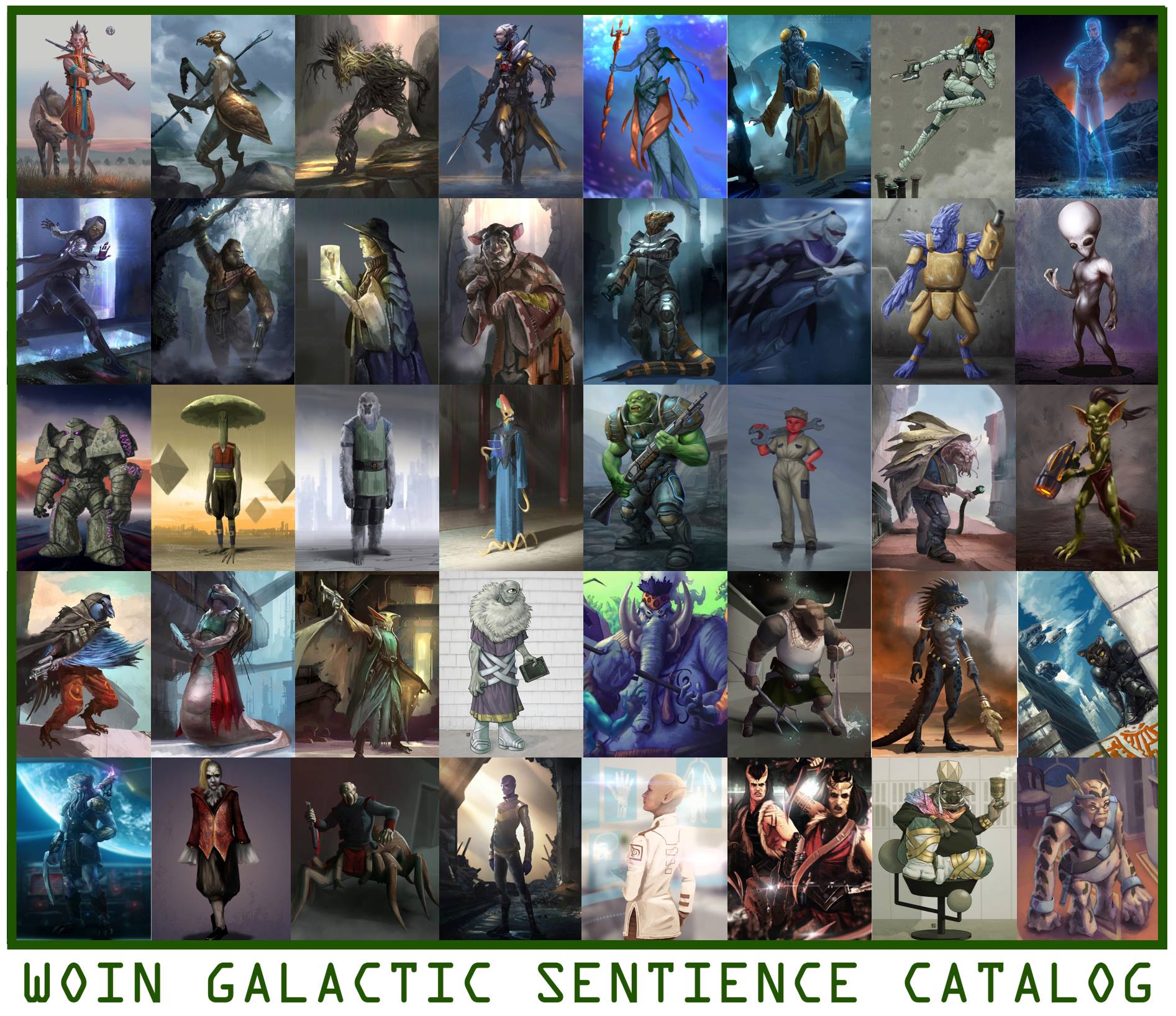 EN Publishing released the anticipated Galactic Sentience Catalog for the WOIN System. This sourcebook contains information on over fifty alien species ranging from the “normal” humanoid and robotic all the way to the more strange (at least to us Terrans) of plant, silicon, insectoid, crystalline, and more. The book also contains the “Racebuilding Engine” to allow you to create your own custom races for the What’s OLD is NEW System. And yes, this is completely compatible with the Judge Dredd and the Worlds of 2000 AD game if you’d like to add a bit more variety and strangeness to Megacity One or Luna-1. The 110-page book is available in PDF for $9.99. Disclosure: EN Publishing is the publishing arm of EN World.

Fantasy Flight Games announced two new books for the Legend of the Five Rings, a sourcebook and an adventure. The Courts of Stone sourcebook is a 144-page sourcebook on castles, fortresses, keeps, estates, and courts. The first half of the book will feature various strongholds throughout Rokugan as well as rules for creating and maintaining your own fortifications, and a wealth of information about the Crane Clan. The second half includes new player options including schools and techniques like rhetorical shūji, stealthy ninjutsu, and courtly rituals as well as the new Deer Clan. Supporting the new sourcebook and its wintery feel is Winter’s Embrace, an adventure that brings the party to the Emperor’s Winter Court and an invitation to tea with a legendary member of the Crane Clan, pitting the players in a battle of political strategy against a band of scoundrels from the Mantis Clan. Courts of Stone has a retail price of $39.95 while Winter’s Embrace will be available for $19.95, with both books releasing in second quarter 2019.

Steven “Bull” Ratkovich may be one of the best-known designers and writers for the modern era of Shadowrun, and he needs some help. His day job is as a “taxi” driver for various Amish communities in his area and he is experiencing issues with his vehicle that are preventing him from being able to work. If that’s not enough, he also has several medical issues that need treatment that he’s not able to take care of due to the issues with working. A GoFundMe has been set up to help him get back on his feet. A reminder that, in fundraising drives like these, every donation helps and even small donations of $10 or just $1 can add up quickly, so please consider donating if you’re able to help.

The Gaming Comics Bundle 2019 from Humble Bundle is…what it says on the tin, a bundle of digital graphic novels and comics from various game series. While there are the usual video game suspects like Assassin’s Creed, Dark Souls, Dishonored, The Evil Within, and more, there are also different Warhammer 40K comics at every level and there’s a Blood Bowl comic even at the $1 level. Of course, the real motherlode for Warhammer 40K fans is the Horus Heresy 2019 bundle with over $319 of ebooks, audio books, and audio dramas from the Black Library including Horus Rising, The Flight of the Eisenstein, The First Heretic, and Perturabo: The Hammer of Olympia. But if you like the idea of comic books but not so much into the 40K stuff, there’s also the Star Trek 2019 Bundle from IDW featuring 24 comics, graphic novels, and mini-series from Star Trek with stories from every era of the franchise’s history. The Gaming Comics bundle runs until Monday, March 18; the Horus Heresy bundle runs until Wednesday, March 20; and the Star Trek comics bundle runs until Wednesday, March 13.

This week, I want to focus on a couple of interesting Kickstarters that are a bit out of the ordinary. And you don’t get much more out of the ordinary than Conclave, a LARP of Papal elections. Players take on the roles of Cardinals assembled to choose the next Pope in a battle of holy politics. Based on the Papal Conclave of 1268 (which took so long, the Cardinals were locked inside and threatened with starvation if they didn’t pick someone), you must negotiate and campaign to get the two-thirds majority required to select the new Pope. Will it be you? Or will time run out without a decision and split Christendom with a Papal Schism? The PDF is available for $10, the paperback available for $30, and a hardback for $45. This project is fully funded and runs until Thursday, March 14.

And with another interesting historical-based game, we have Comrades: A Revolutionary RPG. Focused on the grassroots political protest that brought us the labor movement, the Civil Rights movement, and more, this game focuses on the rebels and protestors resisting corrupt governments and systematic oppression to bring forth a new world. Using the PbtA System, the game straddles multiple time periods and includes rules to cover everything from the storming of the Bastille to the Arab Spring or can be used in a fantasy setting (overthrow the Dark Overlord) or science fiction setting (rebel against the Empire). The PDF is available for a $15 pledge, while the at-cost paperback is available for $24 and hardcover for $35. This project is fully funded and runs until Friday, March 15.

That’s all from me for this week! Don’t forget to support our Patreon to bring you more gaming news content. If you have any news to submit, email us at news@enworldnews.com, and you can get more discussion of the week’s news on Morrus’ Unofficial Tabletop RPG Talk every week. You can follow me on Twitter @Abstruse where I ponder deep questions like how did the Constructicons play trumpets for Starscream’s coronation when they don’t have lips, follow me on Twitch where I am now a partner and will be doing celebration streams featuring the old D&D arcade game and Shadowrun Returns, subscribe to Gamer’s Tavern on YouTube featuring videos on gaming history and gaming Let’s Plays, or you can listen to the archives of the Gamer’s Tavern podcast. Until next time, may all your hits be crits! Note: Links to Amazon, Humble Store, Humble Bundle, and/or DriveThru may contain affiliate links with the proceeds going to the author of this column.