5E Oh no! They want to play a "bad" adventure

See if you can find a story hour or two on this adventure. Read through it and it may give you some ideas.

Retreater said:
Sounds like prepping side encounters, making urban themed maps, etc, would be a good way to spend my time?
Click to expand...

Yes. As written, things are pretty linear and it's not hard to have the players fall or be pushed off the rails.
When I ran it, all the villains were in play and they were all chasing the characters at some point.
I tried to make it something like It's a Mad Mad Mad Mad World with all the major factions chasing the Macguffin. I watched the movie for ideas of how to make things interestingly complicated between factions all trying for the same goal.

No matter about the players keeping notes because the factions changed allegiances as one side got closer to the other.
There's even an NPC that can get a hold of the Macguffin as well and can be used to throw more craziness in.

Add more people chasing the darn thing and eventually the players had no idea of who to help. Though I threw them a line by having the NPCs that care about the city also get involved.

The main villains can all be polite and fun and just ask the NPCs to help them get the gold. Especially since each NPC should have both an open positive motive and a secret more sinister one.
I would have liked to see more information on how to run two competing Zhentarim factions in the city but I made up my own stuff.

I haven't read Dragon Heist, since a friend of mine ran it. I probably will now that he's finished.

As a player, this was the most fun I've ever had with a published adventure, and I've been playing for 43 years.

Skimming through the thread I noticed a few people mentioning maps of Waterdeep. I came across this years ago but IDR where. It says on the bottom that it can be freely distributed as long...., so figured I'd share it. Its a really nice map, whoever created it did a great job.

As someone who ran Dragon Heist, and it was actually the first adventure I've ever run for 5E, I find it FANTASTIC.

It definitely gets a bad rap, but it's only uninteresting if you run it EXACTLY like how the book says. What you should do instead, is use the book as an outline, and feel happy to deviate from it and improvise whenever you feel appropriate.

For example, the book includes the lairs of all the final bosses, but if you play the book exactly as the book says, you'll never actually reach those lairs. So instead, you should have the bad guy "win" a fight to gain all the treasure, and the party needs to confront them in their lair (way better cinematic ending).

In my Dragon Heist (Cassalanter villain) campaign, here are the changes I made;

1. Input the small module "Winter's Splendor" (you can google it it's free) for leveling the party from 2 to 3. Also introduces the party to the Cassalanters so they are aware of those characters but don't yet know they are villains. You can use any Dragon Heist module from AL here, or just make something up, but introduce the villain in a non-confrontational way.

2. Have the villains win the stone of Golorr somehow. The PCs should get it first so they know where to find the treasure, but the villains should win it back themselves so they can find it too.

4. The PCs then confront the villain in their lair. The villains themselves are quite tough, so don't be afraid to give the PC some backup with a powerful NPC who is against the villains goal (there is at least one NPC opposed to each villain who the PCs can ally with). In my game, the Cassalanters are throwing their big gala which is secretly a ritual that will consume the gold and the partygoers souls.

commandercrud said:
But you're totally entitled to tell your players, sorry, you're not interested in running it. That's what I did with Tomb of Annihilation.
Click to expand...

Yup. I've had to do that before, in both 2E and 3E. Though do stop before you start. It's pretty awful if you go a few adventures in and then just as it gets interesting, the DM is like "Ugh had enough of this!" (I've been on the wrong end of that before, sadly).

I think the most important thing to do with this kind of adventure is absolutely read it cover-to-cover, make sure you can imagine how it's likely to play out, and if it's not looking good in your mind, don't do it. But do read it before agreeing to run it. And not just skimming! It's fine to go "Okay no way" half-way through reading it, if you hit a dealbreaker of some kind, but it's not really okay to skim or read part of it, go "Sounds cool!" then get to something you just can't get past.

I've got a lot of ideas, but I'm sure they're just a start.
So far I've loaded up my Roll20 with a map of the Yawning Portal. I have dropped some unique tokens in with the regular bar patrons to encourage the party to go talk to them, and I've tried to give them so interesting roleplaying possibilities as well as a few who can team up with the party later if the group gets in over their heads.
I've also dug out my copy of the 2nd edition Volo's Guide to Waterdeep to flesh out the city. I've cobbled together the massive map with close to 200 numbered locations for the party to explore and can be zoomed in to street level. (I'm really proud of it.)
I've put in a couple street maps to use for random encounters or if the party wants to go in an unexpected direction.
I plan to create a journal on Roll20 where the players can track their clues and keep their notes to help with all the information.
Now to busy myself with a thorough reading of the adventure.
If you have more tips, feel free to keep them coming.

Supporter
Jumping in without reading previous responses (so apologies if I'm repeating some), but after my bad experience with DH I would heartily recommend the good advice I got which is the City Watch/Guard is no friend to the PCs. Even if your group thinks they're angels, the City Watch should treat them as untrustworthy rogues at best and a gang of thugs at worst (especially if they start causing trouble). This stops the group from just running to the cops whenever they hit an obstacle.

Also the adventure itself is a mess. It can be made fun (I think?), but you have to have a strong handle on what the problem is: who (in your game) is doing/wanting what? And how will they react to the PCs interference?

I've learned that city adventures are too much work for me; too many choices available to the PCs at any moment to make it fun to prepare for. I think it suits DMs who are prepared to improvise a lot.

Supporter
This blog is great for suggestions on running published adventures: 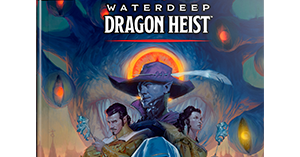 A Guide to Waterdeep: Dragon Heist

Welcome! This will hopefully be a guide that will help you, the DM, prepare to run Waterdeep: Dragon Heist . You can order the Waterdeep...

Urriak Uruk said:
As someone who ran Dragon Heist, and it was actually the first adventure I've ever run for 5E, I find it FANTASTIC.

It definitely gets a bad rap, but it's only uninteresting if you run it EXACTLY like how the book says. What you should do instead, is use the book as an outline, and feel happy to deviate from it and improvise whenever you feel appropriate.
Click to expand...

Yeah, my experience running Dragon Heist started off great because I poured a ton of time into preparing, including bringing in a bunch of new content. Then toward the end I got lazy and tried to run it straight from the book, and the campaign got steadily worse.

I have no idea how much my DM modified Dragon Heist; however I will say as a player it was a fun adventure. It was actually an interesting challenge as a player group to not just try to kill our way out of everything (killing in Waterdeep is called "murder", and is frowned upon by the government there).

Eyes of Nine said:
(killing in Waterdeep is called "murder", and is frowned upon by the government there).
Click to expand...