The Red Mantis assassins are one of the most feared organizations on all of Golarion, for their reach is far and their methods effective. When several of Absalom's councilors from the Petals District turn up dead, all evidence points to Red Mantis responsibility. However, the truth is that the sole surviving council, a secretive servant of the evil deity Norgorber, is responsible and now stands to be elected without opposition. The murderer masquerading as a Red Mantis assassin is one thing, but since the kills were so inexpertly done, the Red Mantis cannot allow the noble to live. Assigning several agents to the mission, the Red Mantis intend to infiltrate the noble's manor and execute her for her slight against their order. With three Red Mantis assassins and one bitter mercenary on the job, the noble must die before the stroke of midnight.

This short Pathfinder (second edition) adventure written by John Compton is intended to be completed in a single session and includes four 6th-level pregenerated characters. Three of the characters have strong ties to the Red Mantis assassins and use rules options presented in Pathfinder Lost Omens: World Guide, while the fourth is a mercenary fighter out for revenge. This adventure can easily be incorporated into various virtual tabletops, run off of digital devices, or printed out and played at a table. 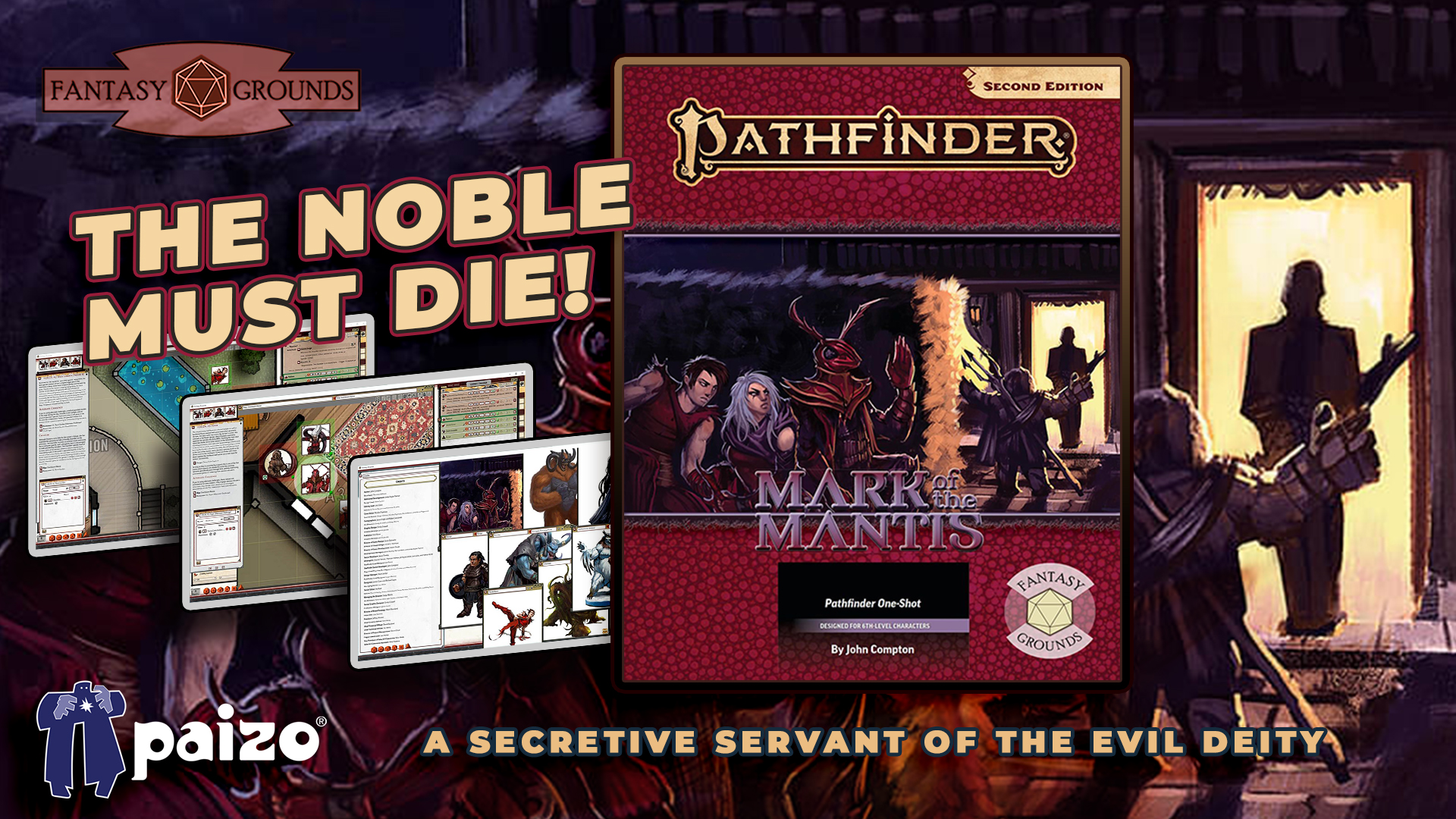