For generations, the Broken Tusk following has roamed their small patch of the Realm of the Mammoth Lords in relative peace. Now, to avoid annihilation from a maniacal war horde, they must flee into the unknown. If the Broken Tusks are to survive their flight, a team of their best scouts will need to chart a safe path through an unforgiving wilderness. Along the way, they'll uncover the mysteries of a powerful artifact that promises to change the course of history.

"Broken Tusk Moon" is a Pathfinder adventure for four 1st-level characters. This adventure begins the Quest for the Frozen Flame Adventure Path, a three-part monthly campaign in which the heroes lead a band of nomadic hunter-gatherers across a brutal primordial landscape. This adventure also includes a catalog of the characters' band, the Broken Tusks; new spells, feats, and items perfect for trappers and foragers; and new prehistoric creatures to befriend or bedevil your players. 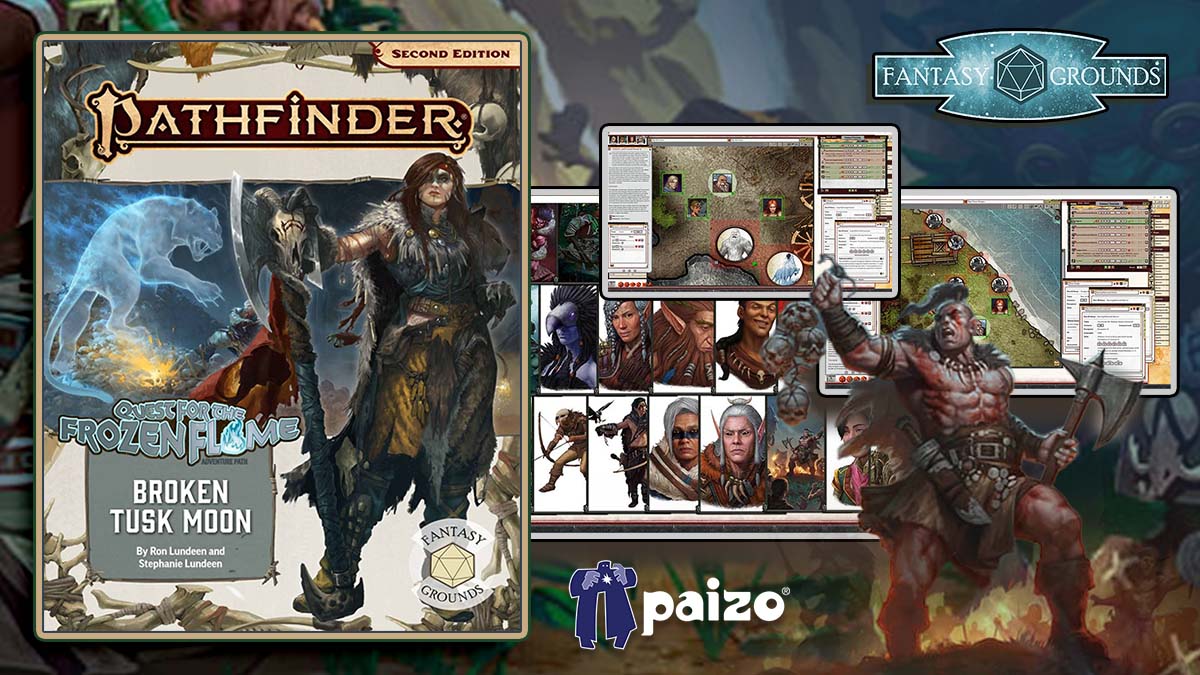