The Broken Tusks find sanctuary at last in the settlement of Hillcross, but invading frost giants quickly force the clan's scouts to lead their mighty following's defense against the siege and take on new titles. To put a stop to the slaughter, the newly named Mammoth Lords take the fight to their foes by riding their bestial mounts through the sucking muck of the Tamarnian Tar Forest. At the heart of these black woods, amid the ruins of a half-sunken crusaders' castle, the heroes wield the sacred light of the Primordial Flame to defeat their ancient enemies once and for all.

"Burning Tundra" is a Pathfinder adventure for four 8th-level characters. This adventure concludes the Quest for the Frozen Flame Adventure Path, a three-part monthly campaign in which the heroes lead a band of nomadic hunter-gatherers across a brutal primordial landscape. This adventure also includes a gazetteer of the mountain meeting grounds called Hillcross; megafauna animal companions and ancestral gear that complement the new Mammoth Lord character archetype; and new prehistoric creatures to befriend or bedevil your players. 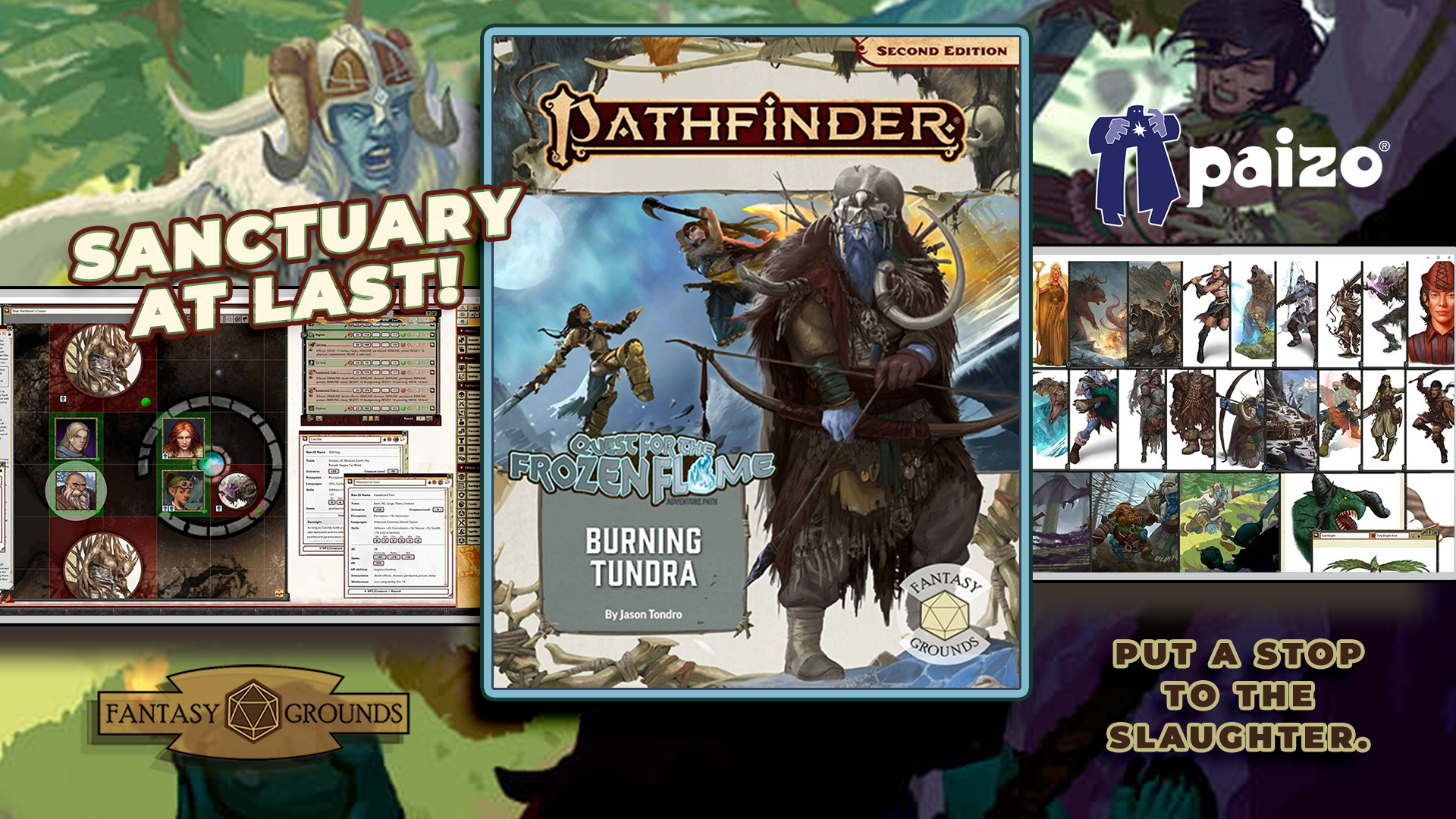