Pathfinder RPG - Pathfinder Chronicles: Gazetteer
From the frozen wastes of the witch-queen to the scorching deserts of Osirion, explore the world of Pathfinder and the GameMastery Modules like never before. This product adapted from the 64-page full-color gazetteer contains information about all of the major kingdoms and cities of the Pathfinder Chronicles world, including Absalom, Cheliax, Varisia, and much more. A poster map of the world details never-before-revealed locations and allows readers to put Pathfinder Adventure Paths and GameMastery Modules into a single exciting context. The guide also includes information on deities, races, classes, and monsters unique to the setting. The Pathfinder Chronicles Gazetteer is compatible with the world's most popular roleplaying game but adapts easily to other game systems. 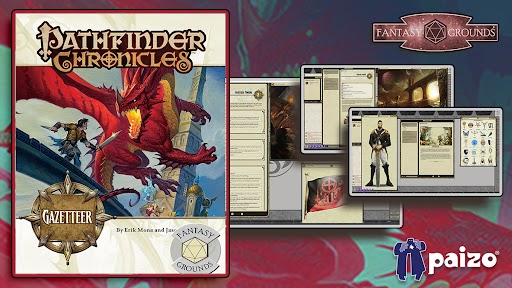