Razmir the Living God used his power to conquer an entire country; now he and his mask-wearing priests enforce peace and generosity--though some say their tools are intimidation and fear. His worshipers preach charity and self-worth, blaming rival faiths for crafting lies about the glories of the Living God. Now the cult has come to the city of Tamran, feeding the poor and promising happiness to those who serve Razmir. Yet ugly rumors persist of bribery, extortion, and strange disappearances associated with the new temple. Are these stories just gossip and lies spread by rival faiths? Or is the church of the Living God more than it seems?

Masks of the Living God is an adventure for 3rd-level characters, written for the Pathfinder Roleplaying Game and compatible with the 3.5 edition of the world's oldest RPG. This city-based adventure involves infiltrating a fortified temple and exposing the evil deeds of its cultists.

This adventure is set in the wooded land of Nirmathas in the Pathfinder Chronicles campaign setting, but can easily be adapted for any game world. It can be used as a sequel to Crypt of the Everflame or as a stand-alone adventure and is a prequel to the adventure City of Golden Death. 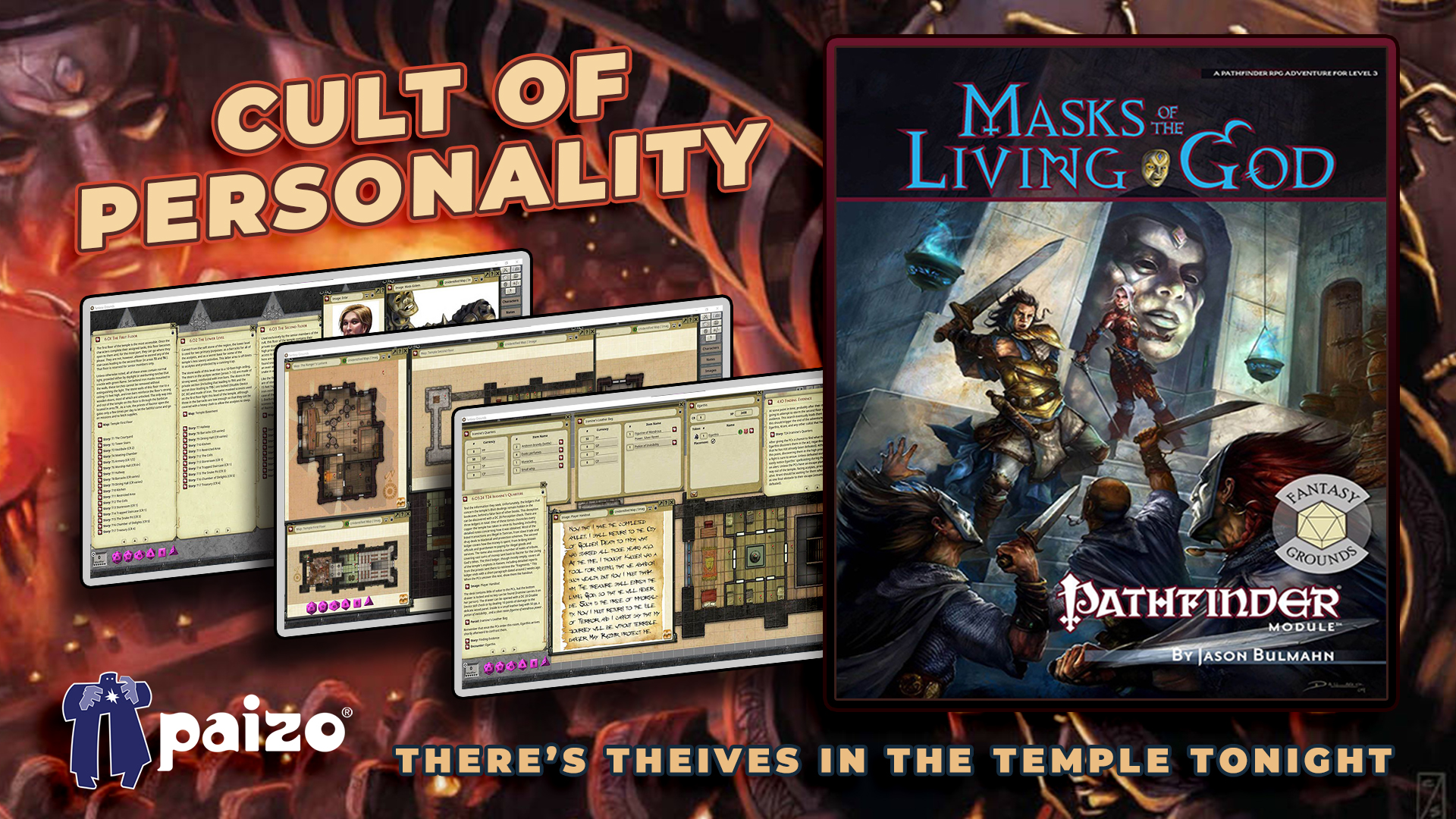