The Pleiades-class Light Freighter is now available in PDF from Drive-thru RPG and the Independence Games webstore!

Compact and ready to go!

Need a freighter? On a budget? We have the ship for you!

Smaller sister ship to the venerable Atlas-class, the Pleiades is a 300 tonne light freighter designed in competition to the Rucker-class. Perfect for a crew who are carrying cargo and campaigning through Earth Sector or Clement Sector!

The book fully details the ship with deckplans by Michael Johnson and beautiful art by Ian Stead. 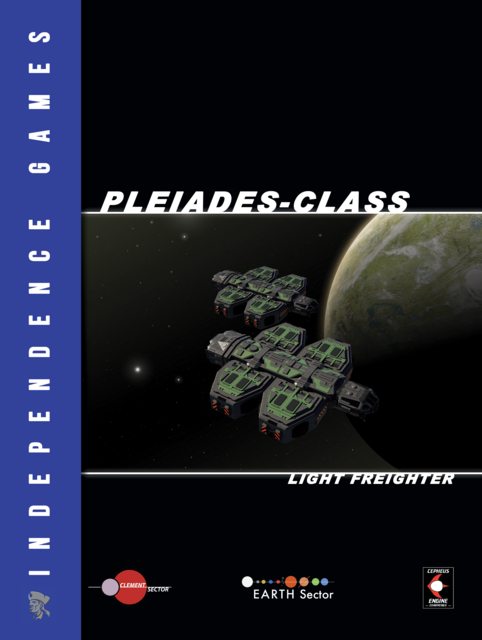