On Sale
Reign of Terror
Mythos Horrors during the French Revolution!
$14.39

Reign of Terror is an epic two-part historical scenario, set during the French Revolution, playable as a stand-alone adventure or as a historical interlude for use with Chaosium's premium campaign Horror on the Orient Express.

"The blade is poised, a shining length of bright sharp steel. The light glints on a small pattern on the blade, a concentric circle. The crowd holds its collective breath. Time stands still for an instant, and then the blade falls..."

A time of struggle, intrigue, and horror. A divided country, where the upper class enjoys the bounty of wealth, and the poor cannot afford a loaf of bread. Where the cries of anger and rage at life's injustices find momentum, sparking the people to unite and cast away the old regime for a brighter and more hopeful tomorrow. In time, hope will be replaced with fear as The Terror descends upon France, and the guillotine cries out for blood.

The crowds gather baying for blood, while the "chop-chop-chop" of the guillotine calls out... 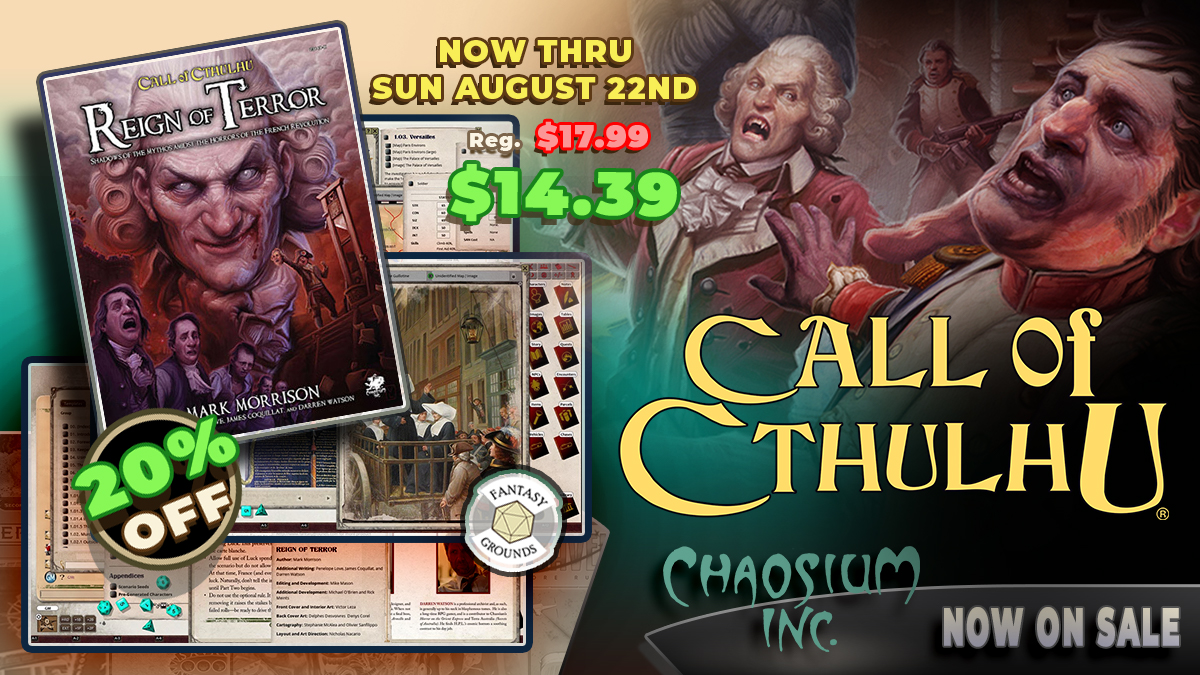