Release Rise of the Runelords! Book 5 - Sins of the Saviors (FG VTT)

During the height of Thassilon, Runeforge served as a place for the empire's most creative and gifted wizards to come together and share knowledge. With the empire's cataclysmic fall, Runeforge was cut off from the world. For ten thousand years, it remained isolated within a pocket of its own reality, and in that time, strange and sinister things have grown within its arcane halls. Now, with Karzoug's imminent return, the secrets of Runeforge are about to return to the world. 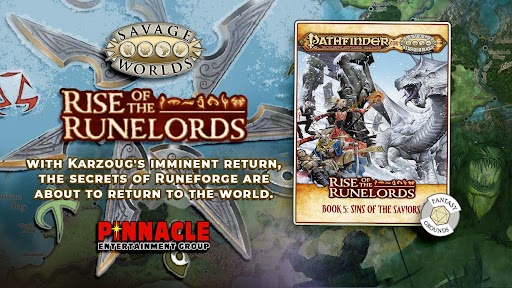