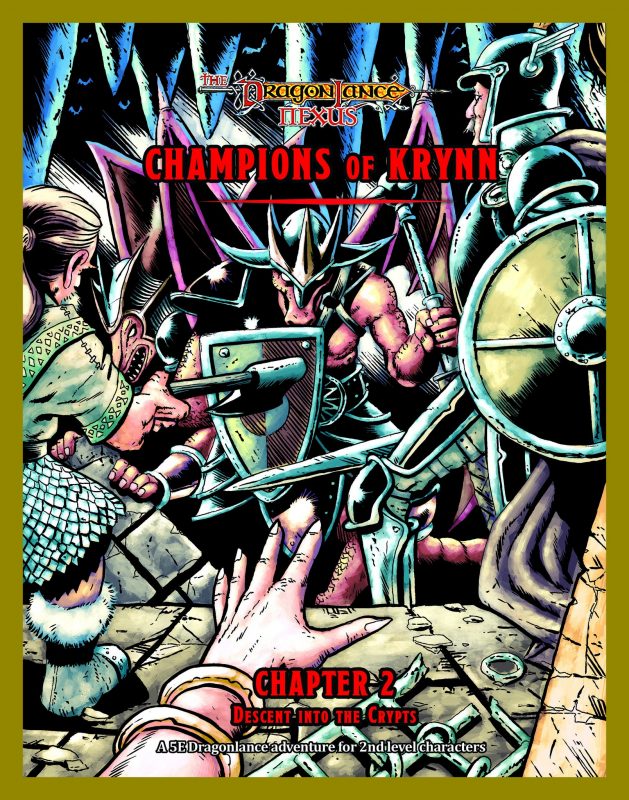 The Dragonlance Nexus, the fansite for the Dragonlance setting dating back over twenty years, released the second chapter in their conversions of the classic Gold Box video games based on the setting to 5e. Champions of Krynn adapts the 1990 video game by SSI originally released for DOS, Apple II, Commodore 64, and Amiga systems to the 5e rules system ready to play at your tabletop.

Over on Dungeonmasters Guild, Azzy Homebrew continues adapting classic 3.5e spells to 5e with Spells on Antiquity Volume 6. The series is going through the list of 3.5e spells and this volume is F, adding 45 new 5e spells to the collection.

CypherCA expands on the goblinoid player options from Mordenkainen’s Monsters of the Multiverse with Great Feats for Goblinoid Heroes. Bugbears, Goblins, and Hobgoblins now have a dozen new feats inspired by myth, rumor, and established lore to add more options for these characters.

For those going through the Strixhaven: Curriculum of Chaos module, a nice handout to get at the end would be a diploma, right? Brian Hardin II gives us a pack of five diplomas for the Silverquill, Lorehold, Witherbloom, Prismari, and Quandrix colleges complete with seal ready to be printed out and given to your players to celebrate their characters’ graduations.

On DriveThruRPG, Matthew Pfister released an entire collection of new subclasses for various 5e classes inspired by heavy metal. Each one is available as its own purchase: Warlock Godcore Patron, Sorcerer Bloodcore, Paladin Oath of the Hellbound, Bard College of Metal, Druid Circle of Nightmares, Cleric Brutal Domain, and Barbarian Path of the Mosher.

In the 5e adventure, The Trouble with Dreams, the party of 6th level characters must face the dangers of the Realm of Slumber to lift a dangerous curse. Queen Aisling has become plagued with nightmares and unable to sleep after acquiring a broken statue of the Dreaming King and the party is sent into the dangerous realm to free her. But remember, if you die in the dream, you die in real life, and going to sleep in a dream means waking in reality leaving the work of the dream unfinished.

For fans of Pathfinder 2nd Edition, Ryan Sigler released Found in Darkness, a one-shot adventure for 1st to 3rd level characters. A band of Duergar has kidnapped everyone from a farm on the outskirts of a small village and the party must delve into their mine in order to save them.

Over on Itch.io, instadeath discounted two unique GMless TTRPGs for 2+ players. Demonbreakers is described as “Ghostbusters meets Monty Python” as a prep-free game with prompts inspired by games like The Wretched and Alone Among the Stars. Meanwhile, The Fires of Chaterra is a fairy tale-inspired game using a push-your-luck dice mechanic requiring very little math with prompts to develop important setting elements as you play. 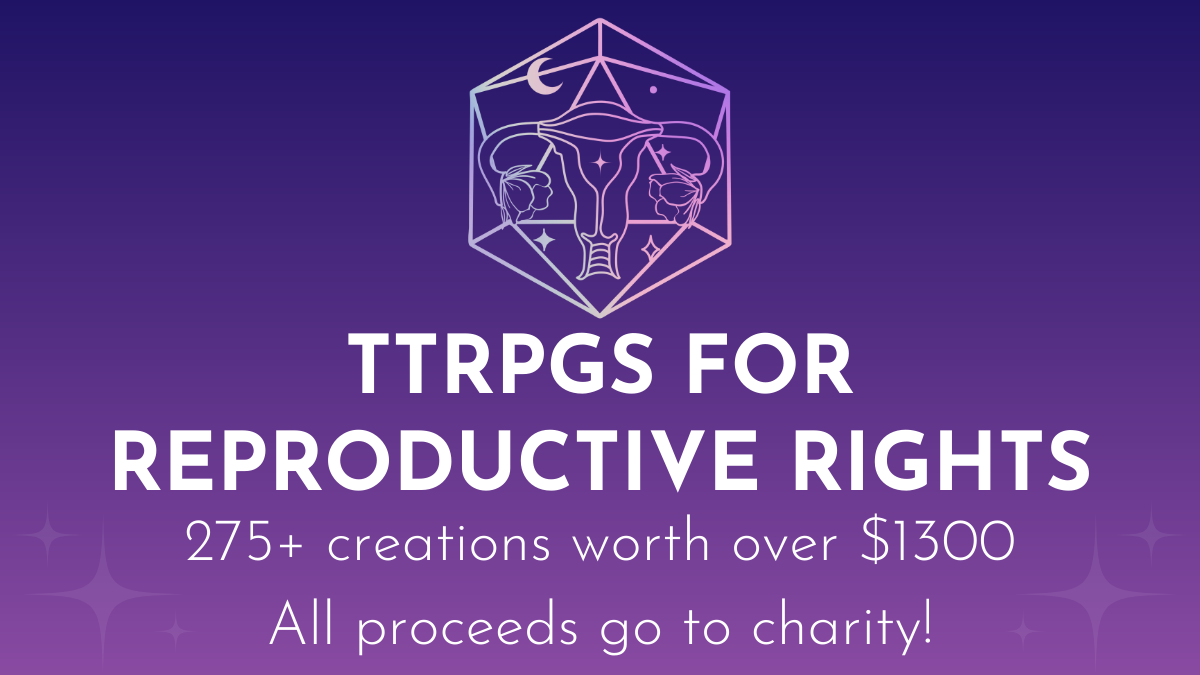 Over on Bundle of Holding, two games from Jenna Moran have come together in a single bundle with the Nobilis and Chuubo Bundle. The starter collection has Chuubo’s Marvelous Wish-Granting Engine, an RPG of heroic innocents inspired by Spirited Away and Adventure Time using the diceless Nobilis system with an additional four additional sourcebooks. The Level Up option adds on the essentials edition of Nobilis 3rd Edition along with three other sourcebooks for Nobilis plus an additional sourcebook for Chuubo.

There’s also The Hero’s Journey bundle as well featuring the fantasy RPG inspired by timeless folklore from designer James M. Spahn. This bundle includes the second edition of the core rules, a narrator’s screen, the Hero’s Companion and Hero’s Grimoire supplements, the stand-alone companion game Skaldic Saga: Heroic Journeys in the Viking Age, the bestiary Of Beasts Brave and True, and the narrator supplement Adventures & Interludes.

The two big Shadowrun bundles are also still up on Bundle of Holding. The first, Shadowrun Sixth World Essentials gives you everything you need to get started in the newest edition of the cyberpunk fantasy RPG. The Shadowrun Sixth World Core Rules has everything you need to play along with two great primer sourcebooks for the setting, the Neo-Anarchist Streetpedia describing the history of the Shadowrun world and the media and culture book No Future talking about everyday life in the world of magic and machine. The Level-Up option adds on five new sourcebooks that add even more character options, cyberware, weapons, armor, vehicles, and more.