As I wrote over on the News Digest this week, the popular “Doom Metal” RPG MÖRK BORG has a new free version. This edition strips out the iconic graphic design but still provides you with all the rules needed to play.

The post-apocalyptic RPG Shadow of Mogg also received a new free edition from Leyline Press. Players take on the roles of ordinary members of the British public in an oppressive totalitarian state attempting to survive. This RPG was featured in an episode of Morrus’ Unofficial Tabletop RPG Talk if you want more information.

For Savage Worlds players, Thomas Davis has a one sheet with a collection of Mafia Hindrances. The one-page PDF has eleven new major and minor hindrances to add the traditional tropes of mafia and organized crime fiction to your games.

Because players are players, there’s never going to be a time where a table of random encounters won’t come in handy when they decide to head in directly the opposite direction of the plot. Christian Blair has a collection of 1d100 Forest Encounters from minor nature encounters to full-blown adventure seeds.

Over on DM’s Guild, the adventure The Elements of War from Tiela Combs for 3rd level characters with a different kind of Elemental. Earth, Jupiter, Neptune, Mars, Mercury, Venus, Uranus, and Saturn are elementals made of more than one element who have existed for centuries traveling between worlds with the party being drawn into their machinations.

This one’s a bit of a rush as this is the final day, but DriveThruRPG has the Stranger Games Sale going on with discounts on a wide variety of games that influenced, were inspired by, or just have the same vibe as the Netflix series Stranger Things. The kid adventure games of Tales from the Loop, Kids on Bikes, and Monster of the Week are all here along with several classic Advanced Dungeons & Dragons modules involving our favorite one-eyed one-handed archlich demigod Vecna.

If you’ve ever tried the Call of Cthulhu 7th Edition Quickstart Rules, you may want to continue the story from the included adventure The Haunting. The Haunting Sequels Bundle provides three different options for further exploration. Cat’s Cradle brings the investigators back together in a Boston diner after being plagued by nightmares and stumble across strange children with a sinister secret. Dream House has the investigators meet a familiar elderly friend on a snowy night who needs help finding something he’s lost. Of Wrath and Blood has two boys go missing after their family is driven from a haunted house.

For users of Fantasy Grounds, the Icewind Dale bundle features a collection of adventures, maps, tables, tokens, and more for use in Ten Towns and the surrounding frozen areas of Icewind Dale all ready to import directly into your game. 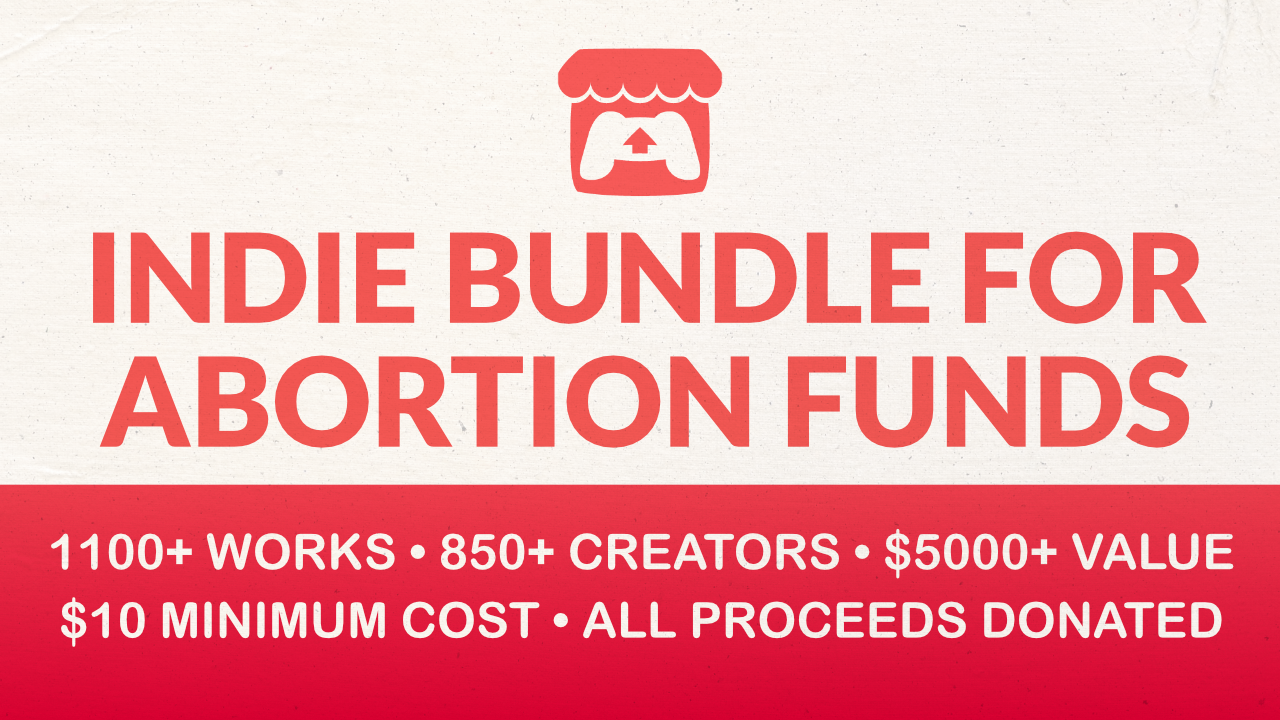 It’s become a meme at this point that every time there’s some major social justice crisis, there’s a massive bundle of indie games raising money for it and with the US Supreme Court overturning Roe v Wade, Itch.io has one again stepped up with the Indie Bundle for Abortion Funds. This bundle is currently at over 1100 games (with more being added) valued at over $5000 from video games, tabletop RPGs, visual novels, fiction, game assets, and everything else you can think of.

Over on Bundle of Holding, the Fading Suns 4e bundle brings together the core rules for the newest edition of the far-future science fantasy RPG. The Core Collection gives you all three Fading Suns core rulebooks plus the Fading Suns 4 Play Kit and the Bonus Collection adds on two sourcebooks and three Imperial Dossiers.

Also new this week from Bundle of Holding is the Amazing Adventures 5e Bundle full of pulp action and adventure from a variety of genres using the 5e rules. The Starter Collection features the Amazing Adventures 5e core rules, the sourcebook Brotherhood of William St. John, and the sandbox adventure Ruins of Ends Meet while the Bonus Collection adds on an additional three more adventures.

Bundle of Holding has not one, not two, but three bundles for Steve Jackson Games’s GURPS series. The first is GURPS 4e Essentials giving you the core rules to the original generic roleplaying game system. For those who don’t know how GURPS works, it’s the Generic Universal Role Play System and has a base rules system that you can then add whatever options you want to create whatever genre of game you want. The base level includes the GURPS 4e Basic Set, GURPS Template Toolkit 1, Adaptations, the GURPS 4e GM screen, and a guidebook How to Be a GURPS GM. There’s also a level-up option that adds on six GURPS 4e tech supplements and GURPS Mass Combat.

The second bundle is GURPS 4e Space which adds a collection of science fiction options to your GURPS games. The core bundle features GURPS Space 4e, GURPS Spaceships, and GURPS Psionic Powers with a level-up option that adds six spacecraft catalogs, three psionics sourcebooks, and the campaign setting Tales of the Solar Patrol.

And the third bundle is another genre pack for GURPS 4e Fantasy featuring a core bundle with GURPS Fantasy 4e, GURPS Magic 4e, the campaign setting Banestorm, and the magic item collection Alphabet Arcane. The level-up option adds on the sourcebook Thaumatology and six expansion books in the Thaumatology series.

Aconyte, the fiction publishing arm of Asmodee, partnered with Humble Bundle for the Fantasy Gaming Fiction Book Bundle. This bundle has three tiers featuring novels from a variety of roleplaying game, board game, and video game franchises including Legend of the Five Rings, Arkham Horror, Descent: Journeys in the Dark, Assassin’s Creed, Watchdogs, and more.

Humble Bundle and Frog God Games brings us a 5e OGL collection Treasures and Tehuatl with a diverse collection of products. The top tier features a total of 35 digital products with adventures, sourcebooks, virtual token packs, setting books, and maps plus a physical copy of the Tome of Treasures hardcover (shipping not included).

For those looking to create their own RPG video game, the RPG Maker Resurrection Bundle gives you everything you need to create your own video games. Not only does the bundle include multiple versions of the RPG Maker Engine but a library of assets, tile sets, scripts, animations, sound effects, music, and more to craft the RPG video game you’ve always wanted.