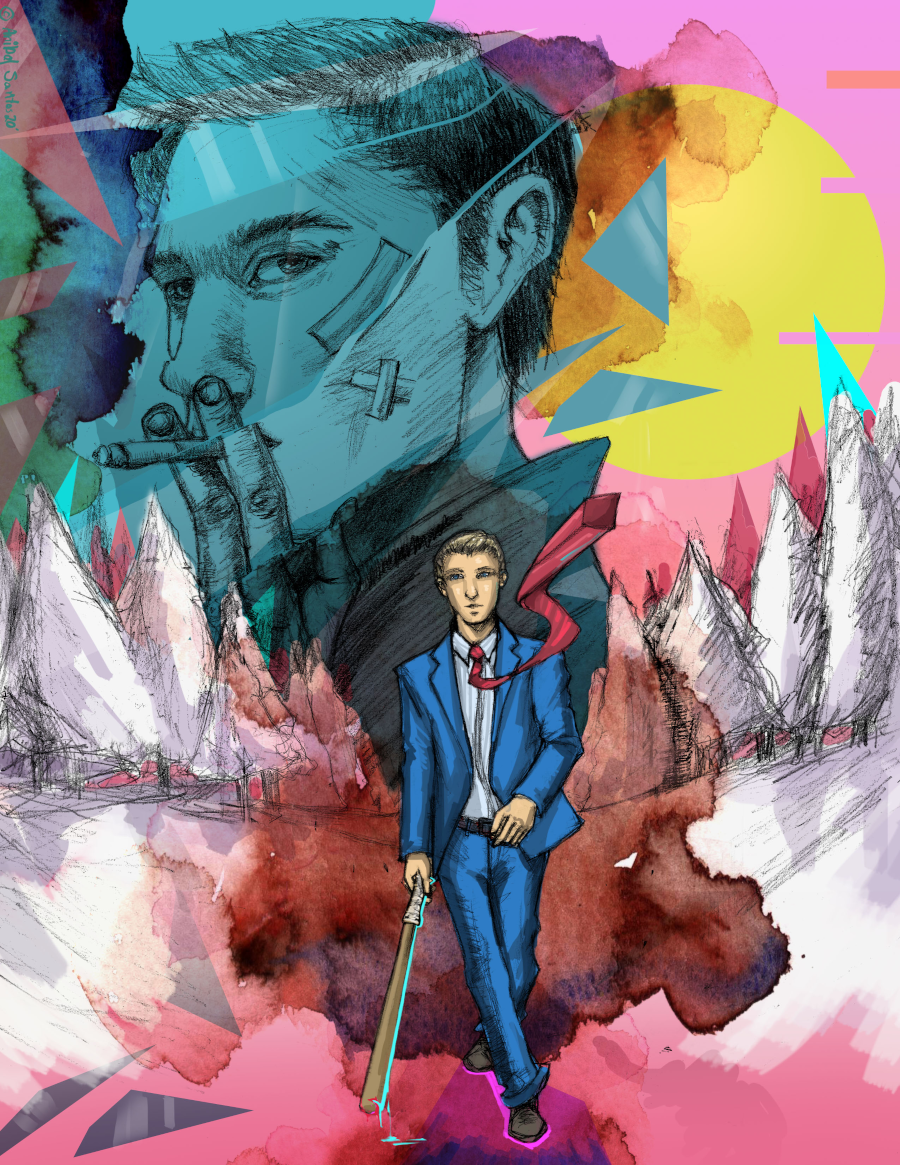 D&D Beyond has two freebies available right now. The Vecna Dossier is a stat block for the archlich Vecna before the betrayal of Kas that cost him his eye and hand along with a brief summary of his history. For those who make use of the virtual dice, D&D Beyond also has a set of rainbow digital dice for use on the site that look like geodes with rainbow crystals inside in celebration of Pride Month.

On DM’s Guild, Brendon Speed released the second volume of his collection of new backgrounds for Dungeons & Dragons. This book features three new backgrounds: The Monster Hunter, The Eternal, and The Diplomat. Volume One was released back in February.

Speaking of monster hunters, Christopher Thomas Grabowski gives us the Monster Hunter’s Guide, a collection of lore on creatures and how to handle them. It also includes formulae and harvesting methods to turn the slain beasts into weapons, armor, and adventuring gear. There’s a total of twelve new magic items, a new feat, and twenty-five pieces of mundane adventuring gear.

Over on DriveThruRPG, Onyx Path released an updated collection of character sheets for the Chronicles of Darkness setting and rules. Originally called New World of Darkness, the Chronicles of Darkness series includes Vampire: The Requiem 2e, Werewolf: The Forsaken 2e, Mage: The Awakening 2e, Promethean: The Created 2e, Changeling: The Lost 2e, Hunter: The Vigil 2e, Geist: The Sin-Eaters 2e, Mummy: The Curse 2e, Demon: The Descent, Beast: The Primordial, and Deviant: The Renegade.

Witching Metal posted Chain Reaction – Blood Horizon, a roleplaying game with its own system inspired by No Country for Old Men that places the players at the center of a drug deal in the desert that’s gone wrong. The campaign tells the story of a chase across all of North America (assuming you can survive to get away).

Fans of Call of Cthulhu can pick up the adventure The Bloody Viscount’s Return by Damián Ubide Díaz. A degenerate nobleman from the court of Vienna carried out unimaginable acts in service of an evil entity that controlled his mind. Now in 1920, the entity that controls the Viscount’s body has returned to renew his reign of terror.

If you want the urban fantasy/horror theme for 5e, PhD20 has the adventure Terror in the Clock Tower for first and second level characters. The party explores a ruined clock tower in an adventure that emphasizes exploration and problem-solving.

And with a Tunnels & Trolls 5th Edition adventure, Forgotten Oubliette of Forgetfulness released Ferverax and the Valley of Gleam by Andrew Walter. This low-level adventure originally designed for convention play is a fast-paced adventure that allows characters to level-up several times by drinking from magic fountains. The adventure includes a hand-painted map of the play area, a “crappy map” (the description’s words, not mine), three new magic items, new monsters, and “an invisible castle (not pictured)”. Just to set the tone.

There’s one day left on the Onyx Path Publishing 10th Anniversary Sale on DriveThruRPG. Over 400 titles from Onyx Path are available for half off including titles from World of Darkness, Chronicles of Darkness, Scion, Exalted, and more.

Over on DM’s Guild, the Realms Collection bundle brings together a trio of books set in the Forgotten Realms. FS1 – Shadovars of Netheril updates the shadovars to 5e rules including rules for player characters, FS2 – Daemonfey of the Realms has information on the faemonfey and rules for the fey’ri subrace of the tiefling, and Divine Heritage is an epic 54-page campaign that takes characters from first to tenth level that tells the story of the return of the Shadovars of the Netheril Empire.

There’s also a trio of books for Ravenloft as well, this time three adventures of varying difficulties. RL1 – In Remembrance of Claudia is a murder mystery set in a wax museum for 4th level characters, RL2 – Blood Bonds drags the 6th level party from Cormyr from Forgotten Realms into the Land of Mists, and RL3 – When Angels Deserve ot Die is a 15th level adventure that pulls the party into the story of the fallen angel Haraviel.

Skirmisher Publishing pulled together another collection with their Amazing Beasts Bundle. Ten books featuring a mix of Pathfinder and 5e books with mythological creatures based on cultures from around the world.

You’ve got a couple of days to pick up the Stellagama Publishing Cepheus Bundle bringing together products from their science fiction roleplaying game. The Starter Collection features Cepheus Deluxe core rules, the setting book These Stars Are Ours, and the supplement Space Patrol while the Bonus Collection adds on six more supplements for These Stars Are Ours along with the book Piracy and Privateering.
If you want more science fiction gaming, the Gamelords Traveller bundle has a huge collection of supplements to the classic space RPG. The Gamelords Collection features Pilot’s Guide to the Drexilthar Subsector, three planetary adventures, three planet environments, and three adventure anthologies while the Lost Supplements Collection adds on nine Cargonauts supplements and eight Marischal folios.

For the modern and post-apocalyptic players with 3D printers, Humble Bundle has the Urban Apocalypse Wasteland Printable Models Bundle features three tiers with almost a hundred packs of ready-to-print files for miniatures at the top tier. The miniatures range from tanks to police to power armor to biohazard labs to assault ships to destroyed vehicles and a lot more figures, set pieces, and terrain.

Abstruse said:
Welcome to the Bundles, Freebies, and Sales News, the weekly column at EN World that helps make sure you don’t miss out on big tabletop RPG bundles, charity fundraisers, and sales from around the internet.


View attachment 250854​
Freebies and Pay What You Want

What is that image at the top?

Eyes of Nine said:
What is that image at the top?
Click to expand...

That's the cover of Chain Reaction - Blood Horizon. I only just realized the title isn't on the cover almost a week after the fact.

Note that between the two MYZ bundles and the level-up, you get 4 cores.... Mutant: Year Zero, Mutant: Elysium, Mutant: Mechatron, and Mutant: Genelab Alpha. Plus some sector books, and a campaign module...