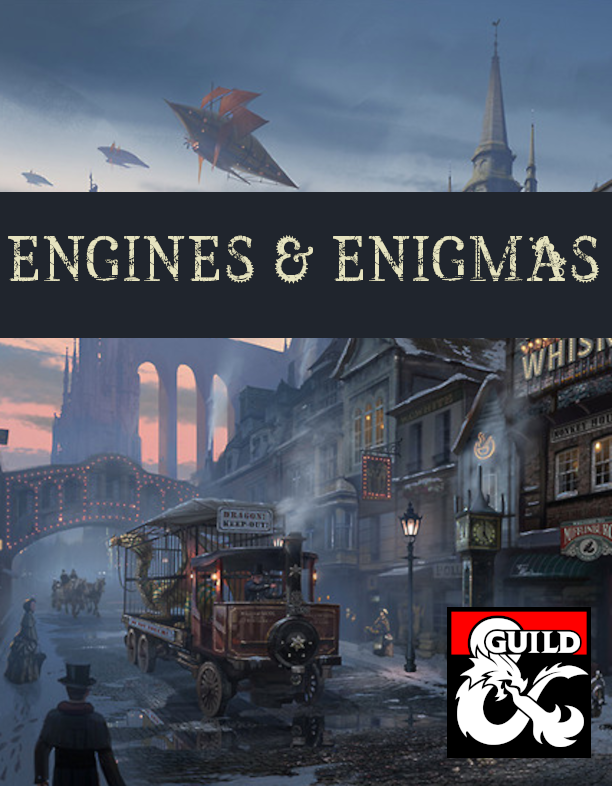 Starting this week with Itch.io, Chaosium has released a set of handouts for Regency Cthulhu to add more depth to the world of Jane Austen via HP Lovecraft. The packets includes period and fantasy maps, thematic pictures, letters and invitations, character sheets, and a lot more with over 120 pages of material.

And from Geek Rampage, we have The Persona Portfolio, a collection of NPCs for the MÖRK BORG gonzo sci-fi/fantasy setting of Challengers of Vanth. The collection includes more than 20 ready to use NPCs from generic thugs and guards to named unique villains.

Over to DriveThruRPG, James Summerton released Those Who Would Own the Blade, an introductory scenario for the game Antagonist. Players take on the roles of important figures in a prominent mercenary company in the city of Rio Diego and must fend off greedy nobility as the patriarch of the company is bedridden with illness.

From a realistic medieval military game to…something else entirely, we have Fantasy Boy Band from Au Contraire Publishing. This rules-lite one-page RPG is available in both English and in French about a group of bards in a fantasy land seeking fame and fortune as a boy band with all the dangers of going on tour in a fantasy world.

Players of City of Mist will want to grab The Pact by Allen Sanchez-Capers. “Who watches the watchers of the City? The Pact was formed from those the Council of Truth deemed too dangerous to live, proving to them just how dangerous they can be.” The supplement includes details about The Pact and a starting point for creating your own gang along with a new option for Gatekeeper characters.

You know, I don’t think I’ve seen this before on DriveThruRPG, but this is a bundle that is available for free. Escape Box Games released the Welcome to Mastadon bundle for the Suited card-based RPG. The bundle features sixteen products including rules, supplements, adventures, and even a custom ready-to-print deck of cards.

Over on Dungeonmasters Guild, Zachary K posted a new class The Mutant, a Monstrous Class for Low Magic Settings. The class (not race) allows the character to become a mutant whose bestial physical and martial ability grow stronger as they level similar to a Sorcerer’s bloodline.

George Nixon gives us our first holiday season adventure of the year, at least for those of us who know it’s not really Christmas until Hans Gruber falls from Nakatomi Tower. Rolling the Die Hard – A Vaguely Christmas One-Shot features maps, handouts, stat blocks, and a new magic item as the players are invited to a party of Baldur’s Gate nobility in the trade spire of Platomi Nakaza. I’m sure nothing will go wrong…

For a bit more light-hearted fun, Andrew Davis gives us It’s Time to Save the Donuts, an adventure for 5th level characters as they help the proprietors of Dolly’s Donuts discover who is trying to drive their eatery out of business.

If you want to add a bit of realism and survival elements to your D&D game, Weathers for 5e: Extreme Conditions and Survival by Skyler Holmes provides systems to figure out the weather and how it will affect the players split between climates and seasons from blizzards to heat saves to tropical storms.

Samwise and Mazjerai released Engines & Enigmas offering a full sourcebook of rules for a steampunk take on Dungeons & Dragons 5e. Eight character classes, two new subclasses for existing classes, ten unique backgrounds, new equipment and gadgets, and everything else you need to add a bit of fantasy past-future technology to your games.

Speaking of new rules systems, we have not one but two new takes on psionics. Keith Hiscox released a playtest version of the Psion class as a 2/3 spellcaster that weakens themselves to use their psionic powers with four subclasses available.

And from Perry Fowkes-Smith we have another take on the Psion as a full spellcasting class with three subclasses.

Over on Storytellers Vault, Guillem Macip Sancho released The Future is Now Old Man, a supplement to add cyberpunk inspired elements to the World of Darkness setting. The book includes rules for cybernetic implants, network combat, robots and AI, and other future technology.

This week’s collection of free and PWYW items are maps. All of these are available on DriveThruRPG either as free products or as Pay What You Want with the suggested price in parentheses. 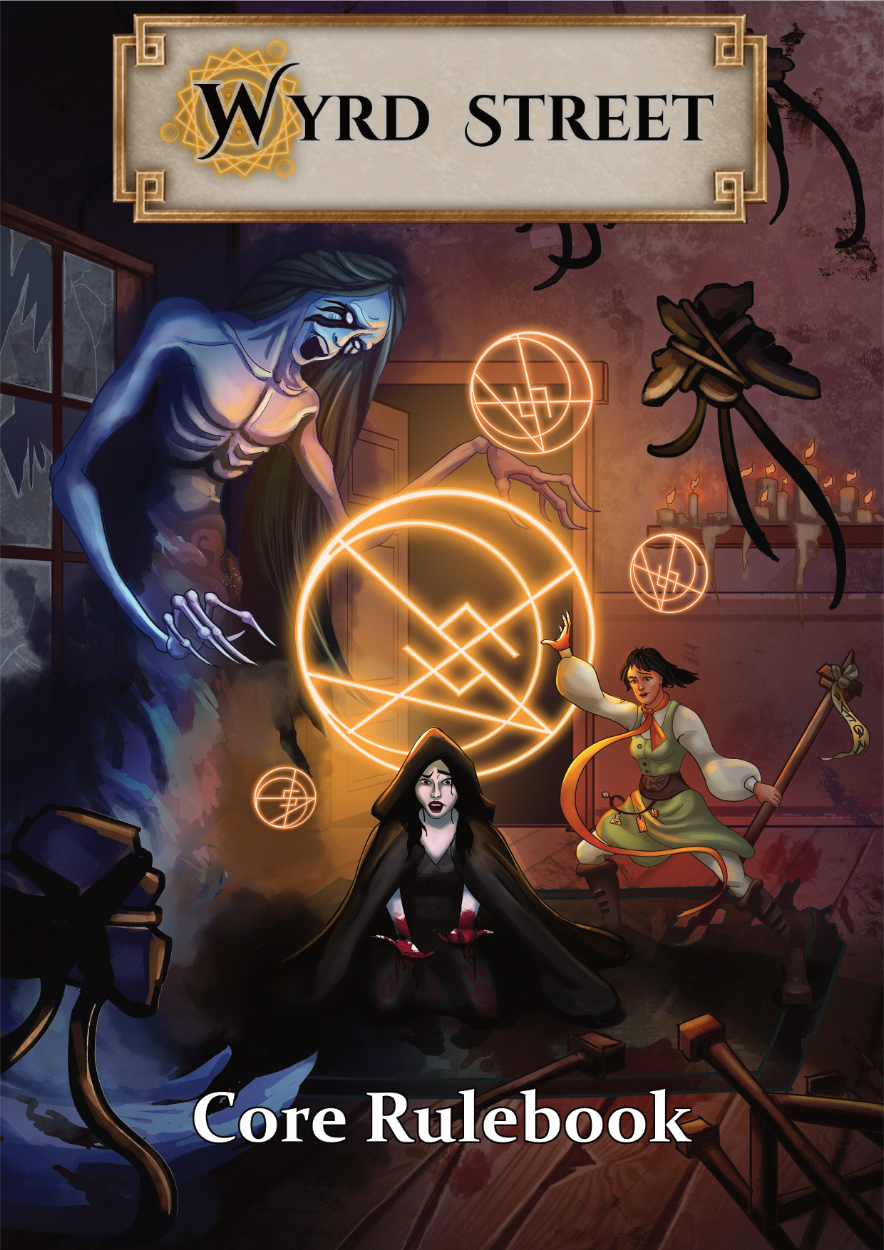 DriveThruRPG has one day left in their sale on Onyx Path’s epic high fantasy RPG Exalted with big discounts not only on the 3rd Edition core rules and supplements published by Onyx Path but also the classic books from White Wolf and third-party products from the community creators.

Skirmisher Publishing collected several of their setting and worldbuilding books for the Fantasy Setting Bundle. Full settings based on history or mythology, sourcebooks to help you create realistic worlds, and random tables to add details to your world.

Realmwarp Media released the Wyrd Street Core Bundle collecting the books you need for the d20-based pulp fantasy game based around low-class heroes in a fantasy city. The bundle includes the core rulebook, game master’s guide, and the campaign guide giving you everything you need to get started.

Keith Hiscox released a collection of gothic horror races for Dungeons & Dragons on DMs Guild. The bundle features four books with over a dozen new races and variations for corporeal undead, incorporeal undead, lycanthropes, and vampires. 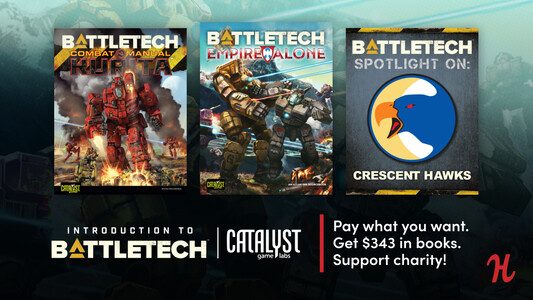 If that’s not enough Traveller for you, the second bundle is the Traveller Great Riftv featuring the 402-page setting book The Great Rift and the 320-page campaign book set there, Deepnight Revelation. The bonus collection adds on an additional nine adventures and sourcebooks.

Green Ronin Publishing and Bundle of Holding have a super bundle for you with the Mutants & Masterminds Earth-Prime Bundle. I apologize, that pun was beneath me. Anyway, the Starter Collection features the Basic Hero’s Handbook stripped-down core rules along with the Rogues Gallery collection of supervillains and the campaign setting Freedom City. The bonus collection adds on the full Deluxe Hero’s Handbook, the Atlas of Earth-Prime gazetteer, and the teen superhero sourcebook Hero High.

Twin Sails Interactive has a bundle full of digital board games and DLC expansions based on tabletop board games. The highest-tier features a total of 37 Steam codes for Ticket to Ride, Carcassonne, Splendor, Smallworld, Game of Thrones: The Board Game, Blood Rage, and Mysterium along with expansions to add more options to the games.