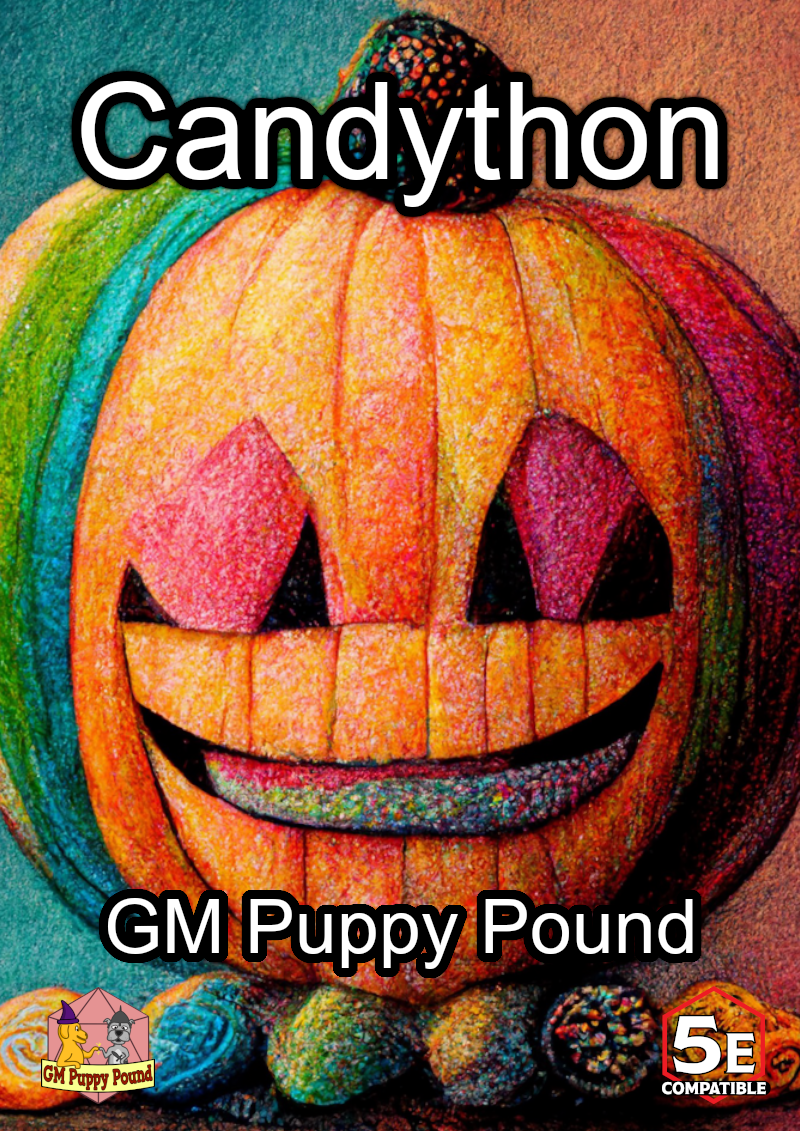 Over on DriveThruRPG, Kyler G. released Phobos: A TTRPG Horror Experience as a short form horror game perfect for spooky season one-shots. The system is also designed to be used as a stand-alone system or with components you can borrow for other game systems to add more terror to your games.

An interesting game from The Unnamed Game Co, This Night and Then is a game about people, their relationships, and the changes of time. This game has an original system and a LARP variant and the page on DriveThruRPG also has an actual play video embedded to get a good idea of what the game is and how it works.

With a variety of science fiction RPGs out there now, tables like the Space Station Standalone Loot Table with Only Useful Things from Klomster’s Workshop are great tools. The system-neutral table features a collection of items player characters will find laying around a space station in the sort of state where player characters might be running around (meaning derelict or in the middle of a crisis).

Players of Free League’s Nordic horror RPG Vaesen will want to check out The Strength of the Meat by Jonas Henricksson. Livestock from local farms have gone missing and it’s up to the players to solve the mystery as a light introduction to Vaesen that can easily be adjusted to go to darker places depending on your group’s tastes.

It can’t be intentional because these offerings are split between DriveThruRPG and DM’s Guild, but I swear the following products were made to go together. First is the 5e adventure from GM Puppy Pound called Candython for tier one players set in a portion of the Abyssal plane where teams of children from across the multiverse participate in a trick-or-treat closed-track competition with the price of unlimited candy for life.

Players aren’t left out either as there’s a new race from Gabriel Gro called the Strawfolk. These animated scarecrows were made by an ancient society lost to time yet they continue in their roles as the caretakers and guardians of the fields.

And for more Halloween fun, Zrave and Apacolyps have Gravehurst – A Halloween Adventure where the party of 3rd to 6th level characters will be pitted against pumpkins animated by necromantic energy and running amok in a distant village.

Samuel Newnes released the ninth entry in a collection of subclasses that update the various Dungeons & Dragons classes to the modern day. This project has been ongoing since August (and I don’t know how I missed it), but there are entries for the Paladin Oath of Human Resources, Barbarian Path of the Energy Drinker, Monk Way of the Allstar, Rogue Campaigner Archetype (as in political campaigns), Ranger Park Conclave, Sorcerer Social Sorcery Origin (aka the influencer origin), Warlock Business Tycoon Patron, Fighter Team Coach, and the Bard College of Jingles.

As I’ve said before, content releases seem to come in cycles where creators release similar products at the same time. This week, it’s subclasses. All of the following releases are Pay What You Want with the suggested price in parenthesis. 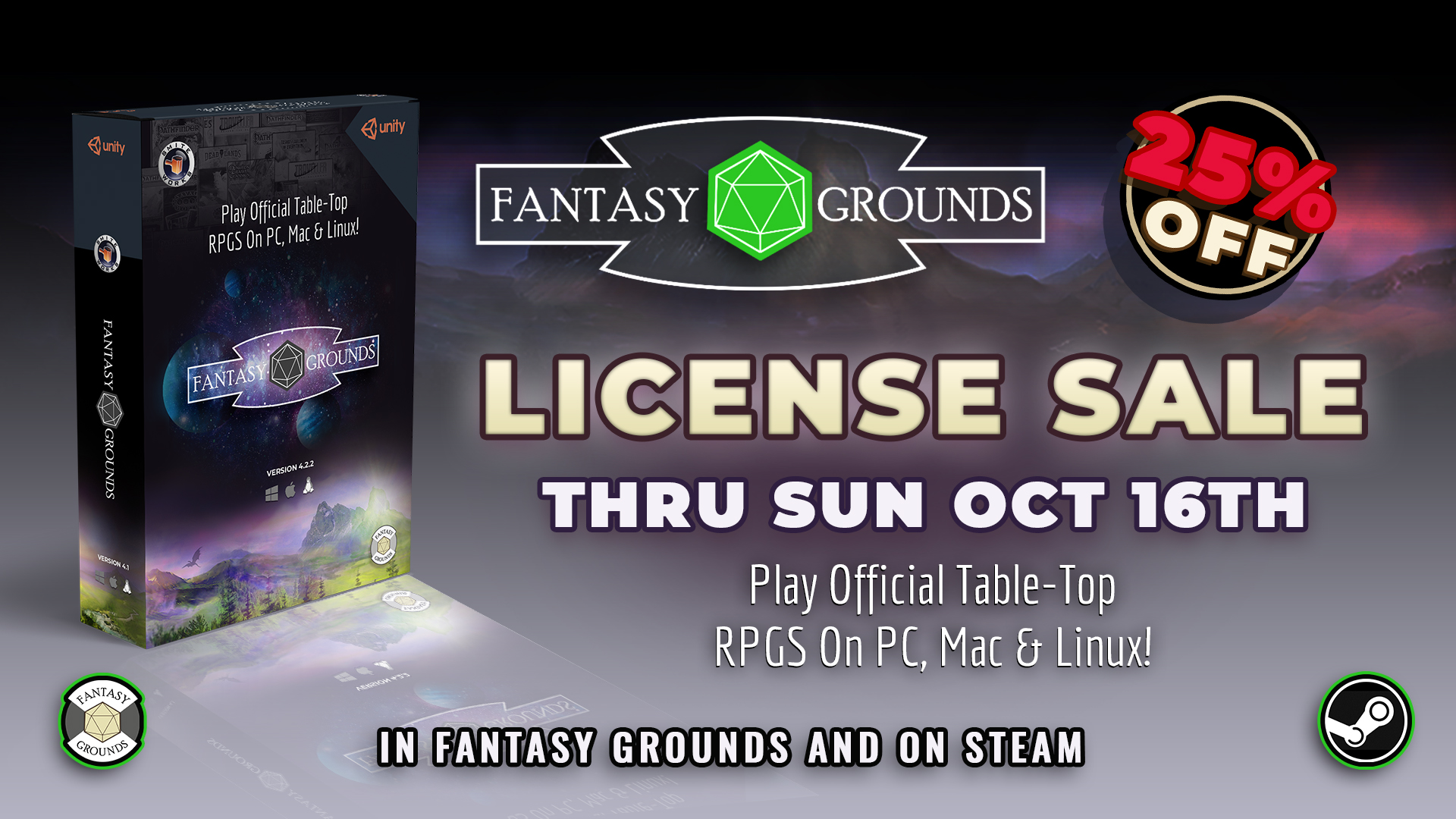 Chaosium’s Miskatonic Repository Convention is going on this weekend, so they collected 23 scenarios from their content creation program for Call of Cthulhu into a bundle. But hurry because this bundle ends today.

Nightingale Publishing has a massive markdown on their game Lights Out where the players take on the roles of children who wake up one morning and discover that all the adults have disappeared and monsters have begun roaming the streets at night. This bundle collects the core rulebook, the adventure The House on Shoe Street, a collection of character sheets, and the four middle-grade fiction books the game is based on. 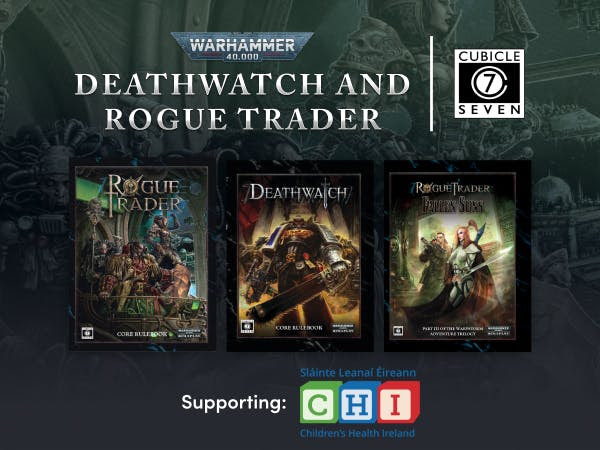 Bundle of Holding collected a selection of narrative roleplaying games and writing prompts to help kickstart your creativity for the upcoming National Novel-Writing Month in November. Or you can just play these solo narrative games on their own. The base level includes Artefact from Mousehold Press, Apothecaria from Blackwell Games, Epitaph from Less Than Three Games, and Mappa Imperium from Nookrium with a bonus collection add-on with The Magnus, Bucket of Bolts, Back Again from the Broken Land, and two expansions for Apothecaria.

Modiphius has put together two bundles for the science fiction RPG Infinity The Roleplaying Game based on the Corvus Belli miniature skirmish game. The first bundle features the core Infinity RPG rules, the adventure anthology Adventures in the Human Sphere, and the GM Screen & Code Infinity. The Bonus Collection adds on the Infinity Gamemaster Guide, the faction sourcebooks Ariadna and Haqqislam, and the full-length adventure Quantronic Heat.

The second Infinity bundle is all about the factions with two additional faction sourcebooks PanOceania and Yu Jing, the location guide Paradiso, and two campaign adventures, Shadow Affairs and Cost of Greed. The Bonus Collection adds on the Infinity Mercenaries Sourcebook and faction books for Combined Army, ALEPH, Nomads, and Tohaa.

Owners of 3D printers are in luck again as Humble Bundle has yet another bundle of ready-to-print miniatures and terrain. This pirate-themed set includes plans for pirates of every fantasy race, sea monsters, houses, terrain, accessories, and more plus more traditional fantasy RPG figures like gelatinous cubes, villagers, ghosts, zombies, elementals, and more.

Humble Bundle put together a huge bundle of RPG-based video games in the Baldur’s Gate & Beyond Bundle. The base level includes the enhanced editions Planescape: Torment and Icewind Dale, the second tier adds on Baldur’s Gate, Baldur’s Gate II, and Baldur’s Gate: Siege of Dragonspear along with the Faces of Good and Evil expansion plus Neverwinter Nights Complete Adventure. And for something a bit newer, the top tier adds on Pathfinder: Wrath of the Righteous.

Cubicle 7 and Humble Bundle have an entire library for two great roleplaying games set in the Warhammer 40,000 universe. The first two tiers are packed with sourcebooks and adventures, but you’ll want to pledge at the highest tier to get the full library of 40 books for Rogue Trader and Deathwatch along with a 10% off coupon at the Cubicle 7 store.

For those looking to get into game design, Humble has a collection of instructional books to teach you from the basics all the way to advanced techniques. The library bundle includes books on interactive narrative writing, mechanics design, case studies of games like Final Fantasy VII, Half-Life, and Super Mario World along with books worldbuilding and the history of computer roleplaying games Dungeons and Desktops by Matt Barton and Shane Stacks (who you might remember as semi-regular guest host on the Morrus’ Unofficial Tabletop RPG Talk podcast).

Another freebie! The sequel to last week's this time focuses on the khalkoi---alien wasp creatures!
Free/PWYW on DTRPG 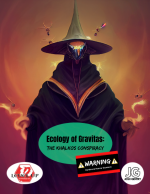 Xethreau said:
Another freebie! The sequel to last week's this time focuses on the khalkoi---alien wasp creatures!
Free/PWYW on DTRPG

I was looking out for this to add to the column but for some reason, it wasn't showing up in my normal searches. Thanks!